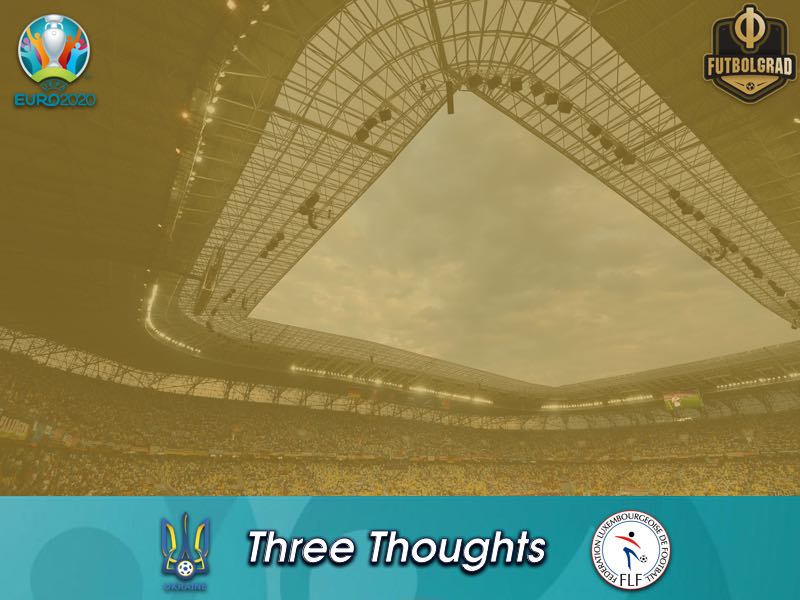 Ukraine v Luxembourg – It was not a pretty display, but Ukraine did just enough to earn a result against a stubborn Luxembourg side. The Zbirna’s 1-0 victory on Monday saw them extend their lead at the top of Euro 2020 Qualification Group B by six points. Having now played four of their eight qualification matches, Ukraine look in prime position to qualify directly for the European Championships next summer.

Luxembourg Proving Their Worth

Luxembourg once again frustrated Ukraine as the visitors constantly looked threatening on the counterattack. They were unlucky not to score in this match, but Luxembourg have shown they have vastly improved since the Euro 2016 qualification period.

The Red Lions collected four points from a possible six against Lithuania, and this Luxembourg men’s national team were on the verge of stealing points from Ukraine in both legs. While they ultimately lost both fixtures, the Red Lions may still play spoiler in this qualification group.

During this period, they scored eight goals, conceded one and have kept three clean sheets. This is a remarkable achievement for the Zbirna.

Halfway There to the European Championships

Ukraine have collected ten points from a possible twelve in their opening four qualification matches, and they are six points above second-placed Luxembourg and Serbia. The Zbirna’s next opponent in Group B will be Lithuania, where they will face them in a double-header. Meanwhile, Serbia will take on Portugal and Luxembourg.

FOR MORE ON UKRAINIAN FOOTBALL LISTEN TO THE FUTBOLGRAD PODCAST HERE!

Should Ukraine collect the six maximum points from their two games against Lithuania, and should Serbia fail to earn maximum points. During this period, it seems likely the Zbirna would then automatically qualify for the European Championships next summer. It is still too early to celebrate, but given what has transpired over the past few months, Ukraine are in prime position to advance to the Euro 2020 finals.