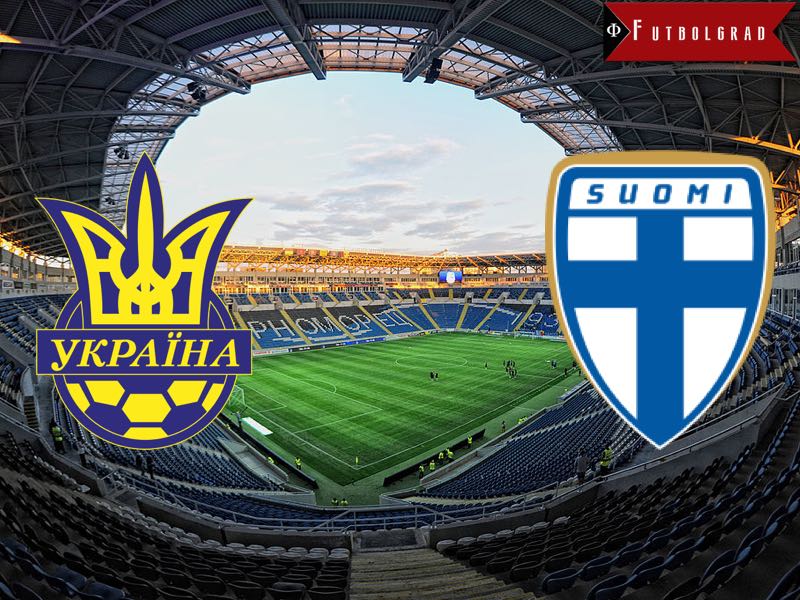 Ukraine moved up to second place in the 2018 World Cup qualification UEFA Group I, after beating Finland 1-0 at the Chornomorets Stadium in Odessa.

Ukraine right away took control over the match, and Artem Kravets could have taken the lead early, as he got on the end of a Bohdan Butko cross, but his header hit the cross bar. The zbirna would, however, remain in control of the match in the second half, and it was only thanks to Lukas Hradecky in Finland’s goal that the scoreline would remain tied early on. Then halfway through the first half Yevhen Konoplyanka dribbled into the penalty box, and curled the ball with the outside of his foot across the face of the goal to find Kravets at the far post, and the Granada forward made no mistake to make it 1-0 for Ukraine. Shortly after Finland almost equalized, but the Finnish forward Teemu Pukki failed to beat Andriy Pyatov in a one-on-one situation. Konoplyanka could have doubled the score just before halftime, but he failed to beat Hradecky.

In the second half Ukraine did well to contain a hard working Finnish side without, however scoring the goal that could have put the match to bed early. As a result Finland almost punished the zbirna in the 60′ minute, as Pyatov failed to hold on to a shot by Robin Lod, but Eero Markkanen missed the target from close range. Shortly after Markkanen could have made up for his howler, but his close range header missed the target. Finally, with ten minutes to go, Konoplyanka missed another golden opportunity for Ukraine to finish the match off, but Hradecky was there once again to spoil the day for Ukraine’s attacking line.

Lukas Hradecky was the man of the match, as the goalkeeper was instrumental in keeping the game close to the very end.

Ukraine are now second in Group I with eight points. The zbirna will travel to Zagreb on March 24 to face Croatia at the Maksimir Stadium in a match that could predetermine, who will finish first, and who will finish second in the group.