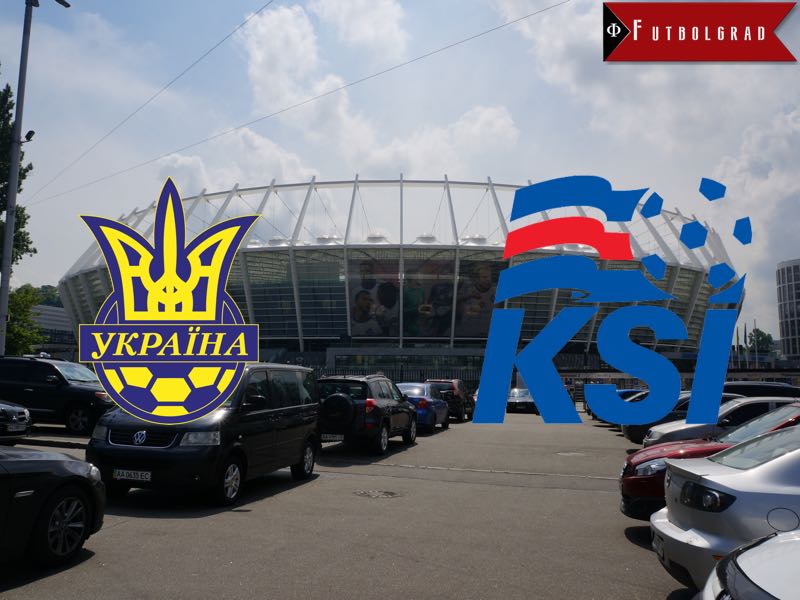 Ukraine vs Iceland – Road to Russia 2018

As part of our road to Russia 2018 series we have taken a closer look at Ukraine vs Iceland. For the two national sides that took to the field at an empty Olympiyskiy tonight, Euro 2016 had to be put behind them, for better or worse. Broadly matched in the quality of their players, the contrast of their summers could barely be more stark.

As is often the case with a new qualifying campaign, there were changes in the coaching staffs for both teams. Gone was Lars Lagerbäck’s experienced presence in the Iceland dugout, leaving former assistant, native Icelander Heimir Hallgrímsson in sole charge. Ukraine’s national hero and former talisman had also been promoted, as Andriy Shevchenko replaced Mykaylo Fomenko.

Ukraine vs Iceland – Not the start Shevchenko was hoping for

It was not the start the former Balon D’or winner would have wanted, however. It took less than five minutes for Iceland to take the lead, Ukraine carved open by a series of all-too-easy through-balls from Iceland’s left side.

The first from Ari Skulason was laid off to Birkir Bjarnason, then providing a meticulously placed assist for Alfreð Finnbogason, who was perhaps a little fortunate that his first attempt ricocheted from Shakhtar Donetsk keeper Andriy Pyatov’s close-range save, allowing him another chance, which he took well from an acute angle.

Ukraine’s shape, in general, would have been a huge concern for Shevchenko, as Iceland’s forwards afforded far too much space. For how dour they could be at times, this was the type of chance that Fomenko’s side rarely afforded opponents in their last qualifying campaign. It’s worth noting that this might not have been the case if defender Yevhen Khacheridi, wasn’t injured.

Following illicit banners being displayed and the use of laser pointers in Ukraine’s qualifier against Spain last autumn, the order came to play this match behind closed doors. Any sense of intimidation, atmosphere and the home advantages that entails was severely diluted. Noise from the fans was eerily felt still, but from a distance, coming from the fan park outside the stadium. A fraction of the effect felt when it reverberates inside the stadium walls.

Nevertheless, the match still had the tactical makeup of a standard Home-Away qualifier, Ukraine with the majority or possession, endeavor, and ball in the opponents half. At times, too, the palpable nervousness of a big home match remained, despite the fans absence.

Iceland was the more organized of the two teams

Iceland however, especially in the early stages, looked every bit the more organised and experienced side that Lagerbäck and Hallgrímsson had developed. Ukraine would often sloppily concede possession, understandably from their young midfield prospects, less understandably from senior players like Andriy Yarmolenko. Iceland looked capable of capitalising upon such lapses, and their imposing physicality kept the still-lightweight youngsters, Viktor Kovalenko and Oleksandr Zinchenko, quiet.

Shevchenko took advantage of a break in-play, midway through the first half, to have words with Zinchenko, and from there he began to show the ability of a teenager, who caught the eyes of Manchester City’s manager Pep Guardiola. Zinchenko, who currently is on loan at PSV Eindhoven, is still a very raw talent, but he showed sparks of a very exciting player with the ball at his feet.

Ukraine were frustrated and resorted to semi-dangerous long range efforts, which were all easily dealt with by goalkeeper Hannes Halldorsson, at least until Yaroslav Rakitskiy’s swerving pile driver caused him to fumble the ball—Yarmolenko showed his quality, and put the ball away, as he brought an awkward, pin balling ball under his control and finished it adeptly, a few minutes before half-time.

In the second half, Ukraine gradually gained more of a foothold in the game, and began to push Iceland back. Eventually they were rewarded when Yarmolenko, Ukraine’s man of the match, dispatched the ball to Bohdan Butko, who drew a rash challenge from Arnór Traustason, and won a penalty.

Schalke’s new signing Yevhen Konoplyanka looked nervous and failed to do what he could do against Real Madrid a month ago in the European Super Cup, and convert the spot kick, as he just hit the outside of the post.

Konoplyanka looked frustrated that evening, just as he did in France, though did grow into the game and show some encouraging signs; causing the Iceland backline some problems, dispatching some nice cross-filed crosses to Yarmolenko, dribbling dangerously, cutting inside and shooting to force a few saves. He’s still some way from being back to his Dnipro Dnipropetrovsk best though, and Ukraine will need him to rediscover that to have any chance of qualifying

Andriy Shevchenko will be ruing a glorious chance to take a very important three points in a group that looks like one of the tightest in World Cup qualifying, embodied early on by the look of the entirely-even table as things stand. The quirk of all six teams exactly level, three one-all draws taking place tonight.