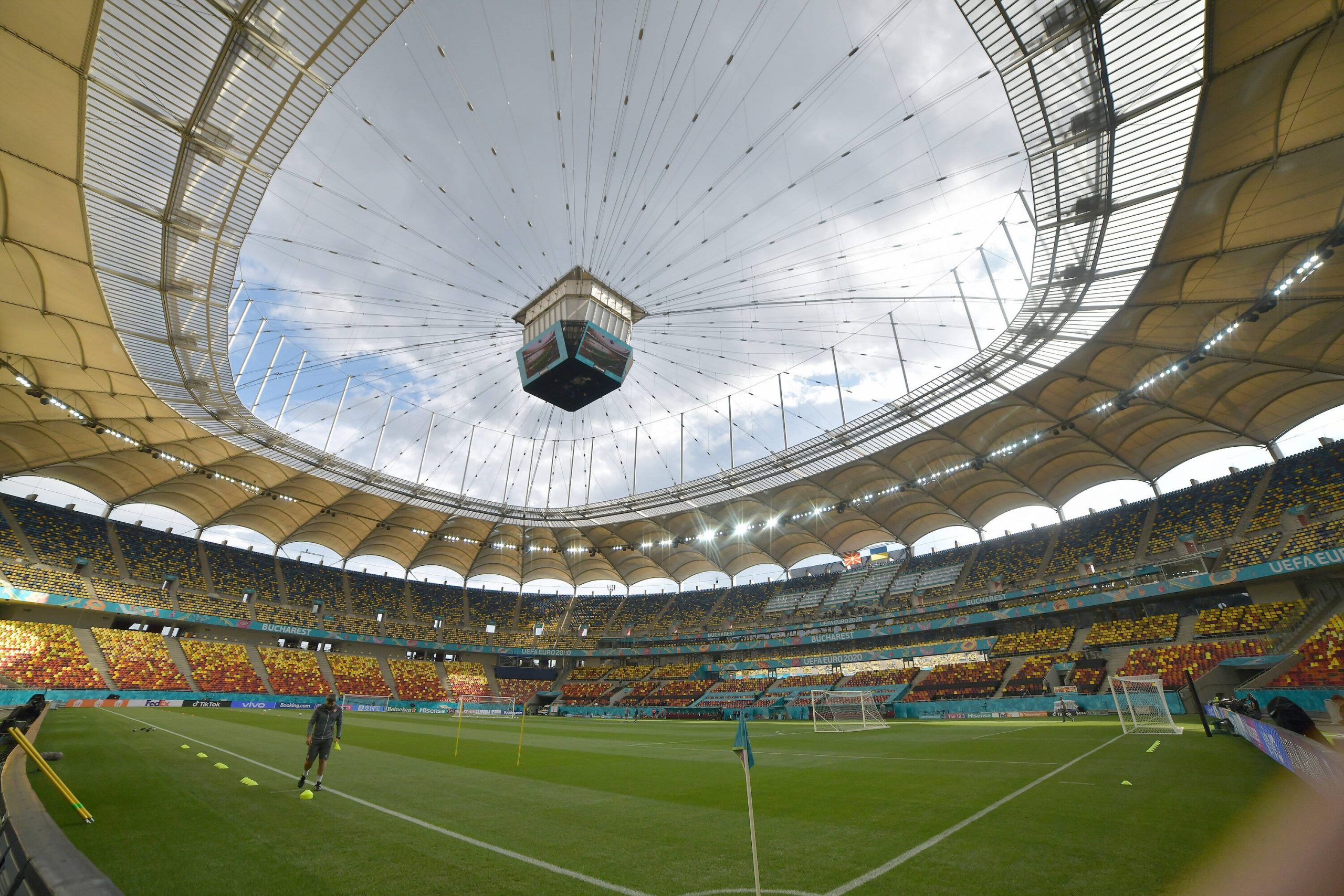 Ukraine vs North Macedonia will take place a the National Arena in Bucharest Copyright: xRazvanxPasarica/SPORTxPICTURESx

Ukraine will face North Macedonia on Matchday 2 in Group C. The game will be played in Bucharest on Thursday, 17 June. First, Ukraine. The Zbirna will feel that they should have taken something in their match against the Netherlands after an entertaining fixture. The Netherlands scored two goals in six minutes in the second half, and many believed this would be the end of the tie. The Ukrainians, however, did not give up as they rallied to score two goals. Unfortunately for the Zbirna, a defensive error led to the Dutch’s winning goal, and the Ukrainians were left with nothing after this hard work.

There will be encouraging signs from this Ukrainian side, however. The match against the Netherlands showed that the Zbirna do not cave under pressure. Rather, the Ukrainians are capable of fighting for a result despite going a goal or two down. Less composed sides may have wanted to end the match after the Oranje were up 2-0.

The Ukrainians know that they now need a result against North Macedonia to keep their hopes alive in this tournament. Given the restructuring of this tournament in 2016, third place teams now have an opportunity to advance to the competition’s knockout stages. Should the Ukrainians win, they will be in a good position heading into their match against Austria on Monday.

Like Ukraine, North Macedonia will also feel undone by the outcome of Matchday 1. Having conceded an early goal, the Risovi kept their composure and continued to fight in the game. Their hard work led to their equalizer, and first goal in an international tournament. Austria’s pressure, however, was too much for North Macedonia, and the Risovi eventually lost 3-1 to the Austrians.

Overall, North Macedonia should not be overlooked in this competition. Recent results suggest that they are still capable of advancing to EURO 2020’s knockout stages. How will these two sides fare on Matchday 2 in Group C?

Ruslan Malinovskyi played an instrumental role in Ukraine’s EURO 2020 qualification campaign. His performances for Atalanta during the 2020/21 Serie A season led pundits to tip Malinovskyi as one of Ukraine’s “players to watch” at the EUROs. The Ukrainian, however, went largely unnoticed during the match against the Netherlands. Despite his free kick that led to Ukraine’s second goal in the match, Malinovskyi was contained throughout most of the game. Ukraine will need more from him on Matchday 2.

Goran Pandev helped North Macedonia qualify for their first international competition. During the 2018/19 UEFA Nations League, North Macedonia won their group in League D and thus gained a play-off spot for EURO 2020. During the second round of EURO 2020 qualification, Pandev helped his side defeat Kosovo in the semi-final, and he scored the winner against Georgia in the play-off final. Riding on this success, Pandev scored in North Macedonia’s 2-1 victory over Germany in a recent 2022 FIFA World Cup qualifier. He then scored in North Macedonia’s 3-1 loss against Austria. Pandev is clinical in front of goal, and he will look to torment the Ukrainian defense.