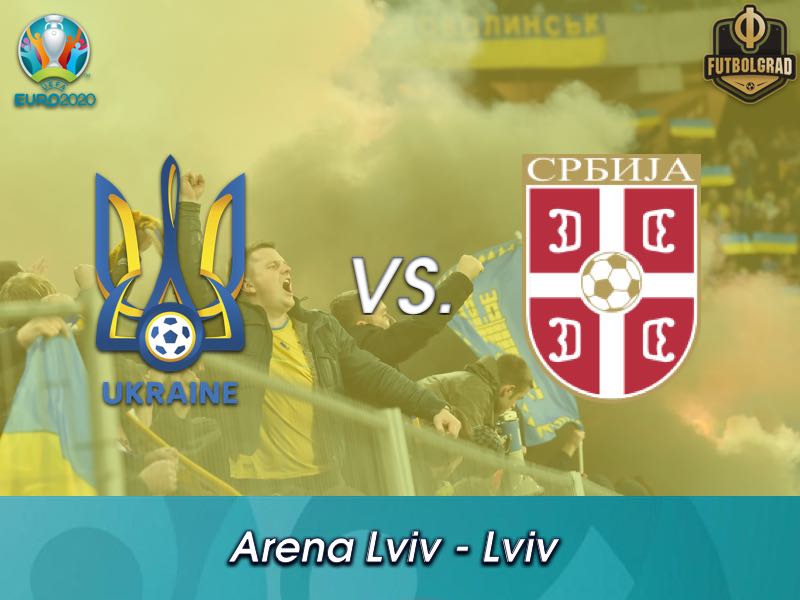 Ukraine and Serbia battle for second place in Group B

Ukraine vs Serbia will take place at the Arena Lviv. (Manuel Veth/Futbolgrad Network)

Following an entertaining series of matches in March, the Ukrainian men’s national team will host Serbia on Matchday 3 in Euro 2020 Qualification Group B.

Ukraine fared well at the start of their Euro 2020 qualification campaign. The Zbirna collected four points from a possible six on the road against Portugal and Luxembourg. Given it is predicted Portugal will win the group, the Ukrainians will have to take all the points they can get to advance directly to the European finals next summer.

After their opening two matches, which involved a complaint to UEFA about the possibility of fielding an ineligible player, Ukraine unexpectedly find themselves at the top of Group B. They still have six more matches to play, but should they defeat Serbia on Friday they will take a commanding lead in Group B.

With the return of Andriy Yarmolenko from injury, and with the introduction of some younger and more athletic players, Ukraine find themselves in a strong position ahead of Friday’s match.

Meanwhile, Serbia have only played one match in Group B. Thus they have a game in hand. Like Ukraine, the Orlovi unexpectedly stole a point on the road against Portugal, and it will likely be a battle between the Zbirnaand the Orlovion who will finish second in the group. While both sides have the luxury of qualifying for the tournament via the second round playoffs as a backup option, both sides will want to avoid playing additional matches and will hope to qualify for the European competition directly.

FOR ALL THE LATEST ON POST-SOVIET FOOTBALL LISTEN TO THE FUTBOLGRAD PODCAST NOW!

The Serbs were unfortunate not to advance out of the group stage at the 2018 FIFA World Cup. Thus they will look to their European qualification campaign as a way to amend this performance. With the likes of Aleksandar Mitrović and Luka Jović in front of goal, the Orlovi have a variety of talented outfield players capable of scoring goals.

Overall, this match is the first to two for the battle of second place in Group B. The return leg will be played in Serbia in November on the final day of the qualification campaign. Thus, depending on what transpires between now and November, these two teams could be in for an interesting ride.

Ukraine vs Serbia – Players to Watch:

Originally used as a midfielder, Oleksandr Zinchenko’s versatility allowed him to play as an emergency left-back at Manchester City. His determination and ability to adapt to new positions led him to have two successful seasons at one of the world’s top clubs. Given his success in an unnatural position, it is possible Ukrainian manager Andriy Shevchenko will also adopt this strategy and slot Zinchenko into a full back position. 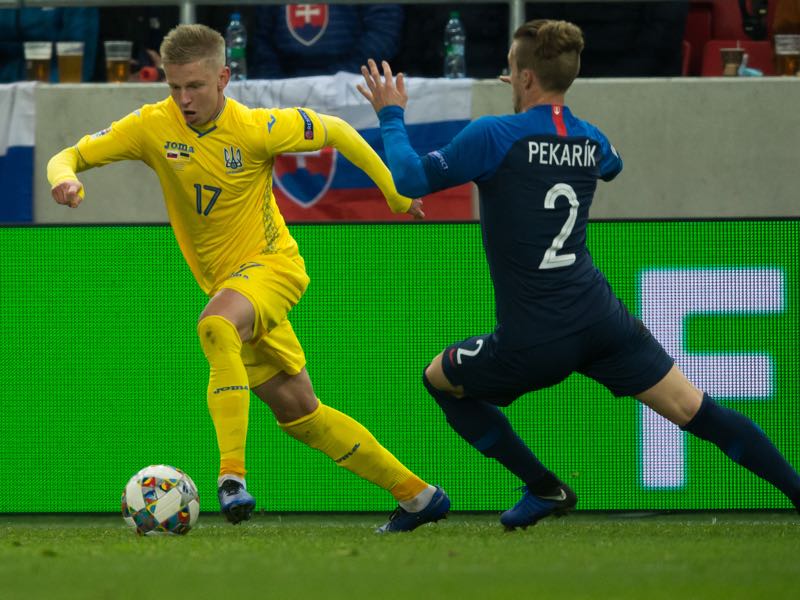 Dušan Tadić had quite the season with Ajax as they unexpectedly found themselves in the 2018/19 UEFA Champions League semi-finals. Although his side would bow out to Tottenham Hotspur, the midfielder played a crucial role in his team’s performance throughout the campaign. Moreover, Tadić played an instrumental part in helping Ajax win the 2018/19 Eredivisie, thus ending the club’s five-year drought. Given this domestic success, the midfielder will hope to translate this success on the pitch for his national team. 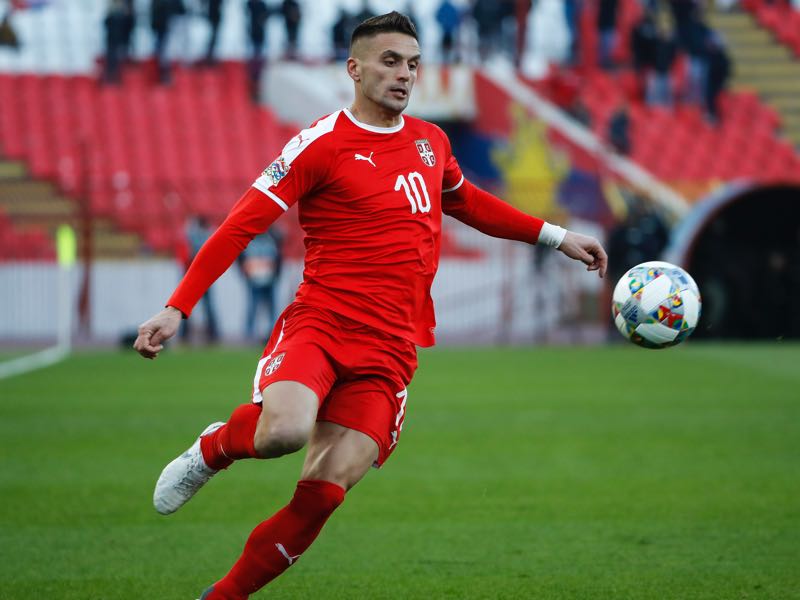 Dusan Tadic of Serbia in action during the UEFA Nations League C group four match between Serbia and Montenegro at stadium Rajko Mitic on November 17, 2018 in Belgrade, Serbia. (Photo by Srdjan Stevanovic/Getty Images)