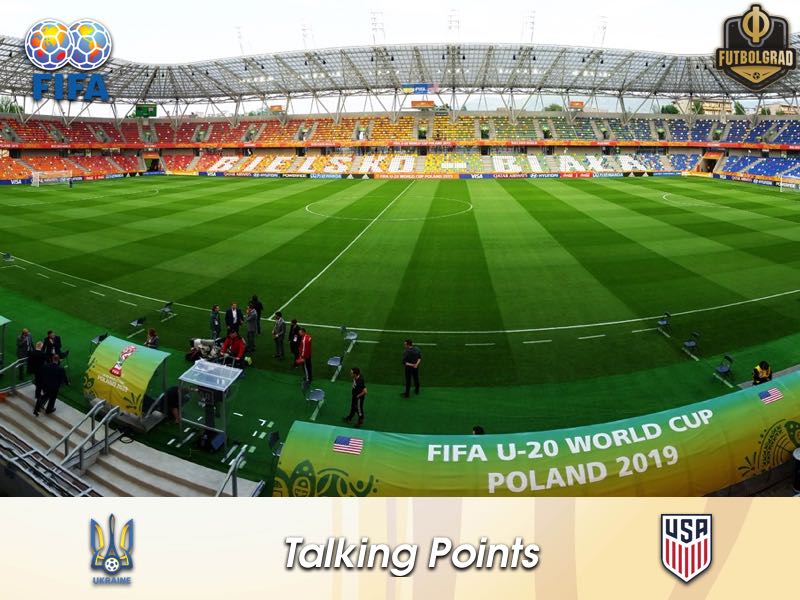 Ukraine vs USA – Ukraine got their FIFA U20 World Cup campaign off to a great start after a 2-1 win against USA at Bielsko-Biala Stadium. Serhii Buletsa capitalised on a defensive error to put Ukraine in front in the 26thminute, Timothy Weah setting up Brandon Servania for the equaliser not long after with the score tied 1-1 at half time.

Denys Popov headed home Buletsa’s corner just after the break, the USA going closest to an equaliser with an Alex Méndez volley hitting the post. Ukraine recovered from a slow start but were ultimately more cohesive and won a fascinating tactical battle.

USA began brightly by controlling possession and keeping Ukraine penned inside their own half. Paxton Pomykal set up Brandon Servania who saw his shot blocked and Andrii Lunin turned an Alex Méndez free kick over the bar.

Ukraine’s first chance came via a long ball to Serhii Buletsa, but USA didn’t heed the warning. Tsitaishvili’s long pass caught out Sergino Dest, the right-back allowing Buletsa in on goal who made no mistake by firing past Brady Scott.

It was a bitter pill for Tab Ramos’ side to swallow after dominating the opening quarter of the match.

The most prominent Ukraine youngsters include goalkeeper Andrii Lunin and striker Vladyslav Supriaha, but the victory was built on teamwork and cohesion. Captain and central defender Valerii Bondar performed well alongside Danylo Beskorovainyi, who overcame a rough start but grew into the game and largely handled USA winger Konrad de la Fuente.

Central midfielders Oleksiy Khakhlov and Mykola Musolitin were primarily concerned with defensive responsibilities, and they matched Brandon Servania and Alex Méndez. Serhii Buletsa and Heorhii Tsitaishvili started out wide, gradually exerting their influence and combining for the opening goal.

It was no surprise when both players were taken off in the final 15 minutes, they worked tirelessly and will be key to Ukraine’s World Cup hopes. Dynamo Kyiv striker Supriaha had a tough job as the lone forward and went close with a header that would have made it 3-1. 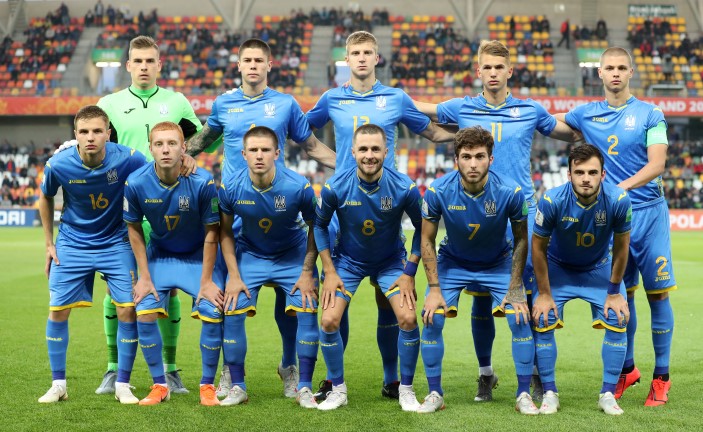 Oleksandr Petrakov said he wasn’t satisfied after the opening 45 minutes and delivered a firm team talk at half time. It appeared to have the desired effect, his players continuing the fight and showing a strong mentality throughout.

Petrakov’s tactics come to the fore

Oleksandr Petrakov favours a back three formation, but in the early stages wing-backs, Viktor Korniienko and Yukhym Konoplia were sitting deep in a flat back five. Wingers Serhii Buletsa and Heorhii Tsitaishvili were also defensively minded which contributed to USA’s early dominance.

Korniienko and Konoplia then started to push up and hug the touchlines, spreading the game out and creating space for flair players Buletsa and Tsitaishvili who were influential throughout. It was simple yet effective, and Petrakov’s tactics were a large reason for Ukraine’s victory.

USA manager Tab Ramos admitted after the match that Ukraine were tactically a step up from most of the nations USA had brushed aside at the CONCACAF U20 Championship. However, despite knowing what to expect, clear cut chances were few and far between and the second half substitutions failed to have the desired impact.

Timothy Weah is USA’s most high profile player with the Paris Saint-Germain youngster spending the second half of last season on loan at Celtic. Expectations were high after the son of former Ballon d’Or winner George Weah had already claimed eight senior international caps.

Weah showed early on that he wasn’t going to be limited by solely occupying a central attacking position. He drifted deep and wide in an attempt to help in the build-up play and was on hand to deliver the assist for Brandon Servania’s equaliser.

Ramos said after the match that Weah’s positioning was largely a response to Ukraine’s back three and the difficulty associated with breaking through it. Sebastian Soto was introduced in the 66thminute to offer a focal point up front and could start against Nigeria.

Stars and Stripes on the ropes

Tam Ramos’s side romped to victory at the Concacaf U20 Championship in November, winning all eight matches and outscoring their opponents 46-2 in the process. It meant little against Ukraine and USA now face Nigeria where defeat is likely to result in an early exit from the tournament.

Nigeria crushed Qatar 4-0 in their opening match and come into the contest full of confidence. Many may have underestimated Ukraine’s chances against the USA; it would be another miscalculation to underestimate the Flying Eagles.

Matthew Marshall is a freelance football journalist. Born in Australia and living in Germany, he is sports mad but his passion is undoubtedly the beautiful game. Primarily covering the Bundesliga and the Portuguese national team, he follows all the major European domestic leagues intently alongside both UEFA club competitions. A member of the International Sports Press Association (AIPS). Follow Matthew Marshall on Twitter @noobzcorp