Ukrainian Premier League – Back With not Quite a Bang

The Ukrainian Premier League returned to action this past weekend after an extended winter break, with the big two Dynamo Kyiv, and Shakhtar Donetsk both registering comeback victories against Zorya Luhansk, and Vorskla Poltava, respectively.

But there is little excitement surrounding the resumption of the league Even despite the drastic changes to the format that will see the league split into a championship, and relegation round in three weeks’ time.

This is at least in part a result of the lack of intrigue surrounding the title chase. Shakhtar are a massive thirteen points ahead of Dynamo, and the fact that the two will meet again twice in the spring is more likely to result in the gap widening than tightening—Dynamo have not won a league fixture between the two since the fall of 2014.

More importantly, however, the lack of interest in the Ukrainian Premier League can be attributed to an overall decrease in quality and competitiveness that began with the 2014 Ukrainian revolution and the outbreak of hostilities in the Donbass region between pro-Ukraine forces and Russian-backed militants.

The Ukrainian Premier League—and Ukrainian football as a whole—have been in steady decline since then. The number of top flight clubs has been cut from 16 to 14 to 12, historic clubs such as Metalist Kharkiv, and Metalurh Zaporizhya have gone under, and many other teams are facing financial difficulties. 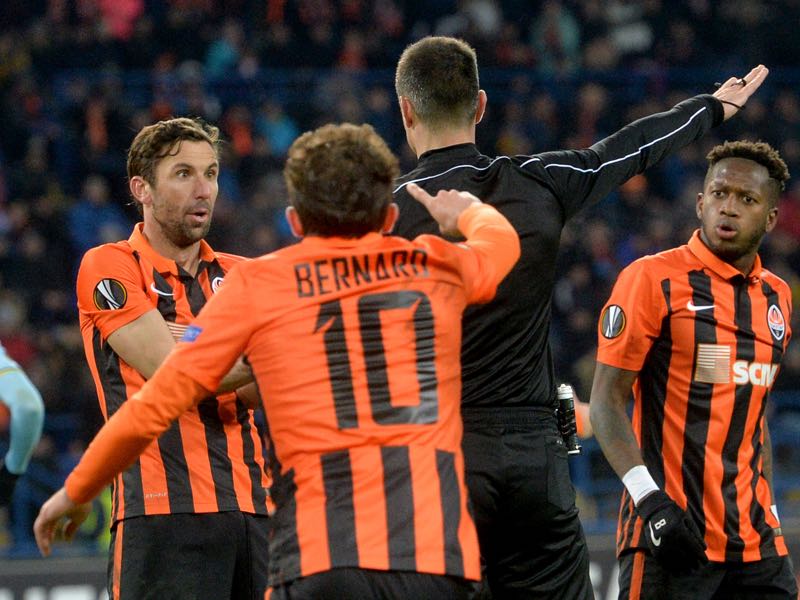 Shakhtar’s shock defeat to Celta means that there won’t be any Ukrainian Premier League teams in the round of 16 in any European competition this season. (GENYA SAVILOV/AFP/Getty Images)

The miserable state of affairs is reflected by the abysmal showing of Ukrainian clubs in Europe this season. Shakhtar’s shocking defeat to Celta Vigo saw them crash out of the Europa League, and left Ukraine with no representatives in the Round of 16 of either continental competition, the worst showing for the country in over a decade.

For Shakhtar this was an especially bitter pill to swallow. The Hornyaki were in awe-inspiring form in the group stage and were widely tipped as one of the favorites of the competition. However, a controversial last minute penalty and eventual added time winner from Celta were enough to eliminate Shakhtar, whose manager Paulo Fonseca insisted that they were defeated by the referees rather than the opposition.

Regardless of the validity of the penalty decision, Shakhtar now have the rest of the season to sit on their 13-point advantage and attempt to retain their Ukrainian Cup title to claim their first domestic double since 2013. Reclaiming the title will certainly be a satisfying moment for Shakhtar, who have been playing in exile for nearly three years now, and the excitement of the players after Facundo Ferreyra’s 90th minute winner at the weekend demonstrates the importance that the league still holds.

However, for a club of Shakhtar’s ambitions a Round of 32 exit from the Europa League can be seen as nothing but a failure, especially considering their defeat to Swiss side Young Boys in the Champions League qualifiers. A leisurely stroll toward a tenth UPL title is nevertheless a cathartic end to the season for the storied club.

All that being said, Dynamo would envy being in the position of their rivals. Dynamo crashed out of the Champions League back in the fall, finishing dead last in what should have been a manageable group. Dynamo scored six of their eight goals in a 6-0 drubbing of Beşiktaş in Kyiv on the final matchday in what was already a meaningless match for the home side.

Dynamo now find themselves facing financial difficulties, and while the severity of their problems may pale in comparison to the likes of Dnipro, the situation is a challenging one. The Dynamo leadership are unaccustomed to being in such a position and are still adjusting to the “present realities”, a commonly used euphemism to describe the overall economic problems facing the country. 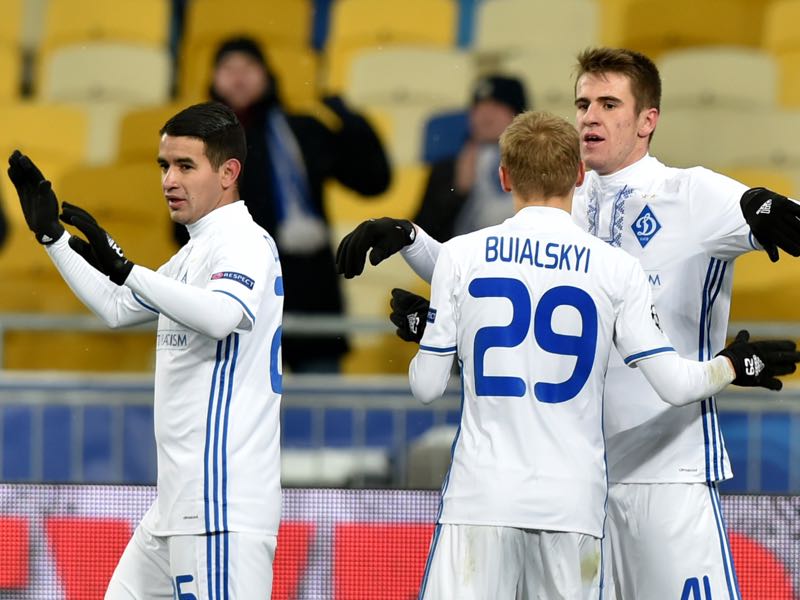 As they are 13-points behind Shakhtar, the Ukrainian Cup remains Dynamo’s only chance of silverware, but they are also fighting to hold on to second spot. This weekend’s victory against Zorya widened the gap to six points, but the two sides will still meet twice in the Championship Round. For the remainder of the season manager Serhiy Rebrov may focus on Dynamo’s young prospective stars such as Viktor Tsyhankov and Artem Besedin. Given Dynamo’s relative lack of resources, a pivot toward homegrown players is to be expected.

Neither Shakhtar nor Dynamo are in an ideal situation. While the former have all but secured the league, their European performance was decidedly subpar, and the latter have managed to fall out of title contention even before the winter break. With the big two experiencing such hollow seasons, it is no surprise that interest in the league is evaporating.