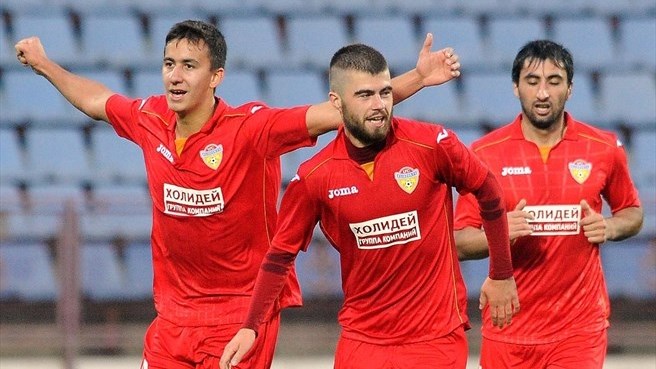 For Ulisses FC from Armenia’s capital Yerevan the Europa League qualifiers were over before they even properly began, as the club crashed and burned out of the first qualification round after a 1-3 loss at home against Malta’s Birkirkara Football Club on July 9. At first, the loss seemed like the usual embarrassment, but, in the next round, however, Birkirkara almost eliminated the English Premier League club West Ham United by taking them all the way to penalties—a result that somewhat ameliorated what many in Armenia perceived as a humiliation.

Most interesting, however, are the events which immediately followed the above match, and which cast doubt on the intentions of Ulisses’ ownership: Directly after the game the club transferred ten players—David Khurtsidze, Artak Aleksanyan, Konstantin Morozov, Igor Paderin, Ivan Mamakhanov, Levan Jarkava, Nika Piliev, Irakli Geperidze, Irakli Chezhia, and Rade Dugalic—to Torpedo Armavir.

Then, on July 11, the same day that Torpedo hired coach Valeriy Karpin, Valeri Hovhannisyan was appointed the new chairman of Torpedo Armavir. Hovhannisyan was previously the chairman of Ulisses Yerevan, and as Armenia’s news page News.am reported, is also listed as the owner of Ulisses. When talking to the news page, Hovhannisyan said, “This year we are entering a new historic phase of development of the club and Armavir’s football. We shall do everything possible to please our fans with a brilliant and spectacular game.”

Yet, while Hovhannisyan may, on paper, be the owner of Ulisses, there is little doubt that he has limited to no control over the finances at Ulisses, or Torpedo. Instead, News.am states that Oleg Mkrtchyan is considered to be the main investor for both Ulisses, and Torpedo. But, here is where it gets really confusing; Mkrtchyan is also reputed to be the owner of Ulisses’ local rival FC Banants—on the club’s official homepage the space where the president of the club is supposed to be listed is conveniently left empty.

UEFA rules technically make mulitiple club ownership illegal, but the lack of sponsorship and television money means that this construct is a common occurrence in Eastern European football as oligarchs often use smaller clubs as farm teams for their bigger teams. It is therefore logical that Mkrtchyan will, in future, likely focus his operations on Torpedo Armavir, rather than Ulisses, which has now seen its most talented players move to play in Russia’s First National League (the country’s second division also known as the FNL) instead.

Also, the fact that all of the players that Ulisses FC has now brought in as replacements are in their late teens and early 20s, suggests that Ulisses will in future serve as a farm team to assist Torpedo’s ambitions in Russia, where Mkrtchyan is hoping to establish a club in the Russian Premier League. This situation seems especially likely because he appears to have lost control over Kuban Krasnodar, which is now solely controlled by the Krasnodar Krai regional administration.

The story of Ulisses Yerevan, (which has now even fallen behind Russia’s second division, the FNL), is somewhat representative of the role of Armenian club football in general, in that the country’s Premier League can now largely be considered a development league for the much more competitive leagues in Ukraine and Russia. The Armenian oligarchs benefit because they are mostly interested in increasing their return on player transfers, which means that they have little interest in keeping the best talent in Armenia. With this format, embarrassing results against sides from countries such as Malta may very well continue to be the reality of Armenian club football.