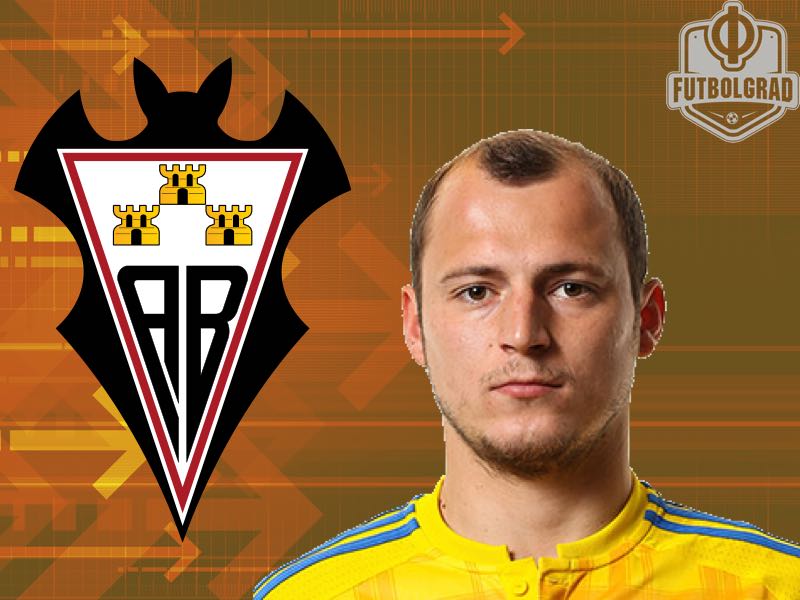 The Unlikely Resurgence of Roman Zozulya

When former Dnipro striker Roman Zozulya made a move to Real Betis in June of 2016, he could not have imagined the hell he was stepping into. After a year in Spain, divided between Betis and a loan spell at Rayo Vallecano, Zozulya had made a grand total of six league appearances and scored zero goals.

But his struggles were dwarfed by his distressing experience off the pitch. Zozulya had his name dragged through the mud, falsely accused by the press of being a neo-Nazi and fiercely denounced by Rayo supporters for the same reason. Zozulya never even made a single appearance at Rayo and found himself stranded without a club.

Instead of hightailing out of the country where he had been treated so poorly at the first opportunity, Zozulya persevered and signed for Segunda División side Albacete. Not only has the striker revived his career and became one of their most important players, but Zozulya has also quickly become a fan favourite at the club. A hellish year has turned into an unlikely resurgence.

Zozulya joined the exodus of players from 2015 Europa League finalists Dnipro in the summer of 2016 and signed for Betis in June. Upon his arrival in Seville, he was subject to vicious attacks by the Spanish press, who claimed that he was wearing a t-shirt with the symbol of Right Sector, a Ukrainian far-right nationalist party and paramilitary organisation.

It was a stunning display of journalistic ignorance, if not malice. Zozulya’s t-shirt was depicting the coat of arms of Ukraine, the design of which dates back to the time of the Kievan Rus in the 900s A.D. While admittedly the symbol of Right Sector is very similar to the coat of arms, even a cursory Google or Wikipedia search would have revealed its actual meaning. The blatantly inaccurate coverage would come back to haunt him.

Zozulya failed to settle at Betis, and during the winter transfer window, he agreed to a loan move to Madrid-based Rayo Vallecano. The reception he received was shocking.

Rayo are from a working-class neighbourhood of Madrid, and their ultras are well known for their far-left political stance. Seizing on the fake reports of his Neo-Nazi sympathies, the supporters made their views on the transfer apparent. As he arrived at the Rayo stadium for the first time, he was met with graffiti saying “VALLEKAS EN PIE DE GUERRA” (Vallecas is at war) and “FUERA NAZIS DE VALLEKAS” (Get away from Vallecas, Nazis.” At his first training session fans displayed similar banners. Zozulya’s agent later said, “He was in a state of shock, it was vile.”

Rayo supporters vowed that Zozulya would never play for the club, and they succeeded. He immediately returned to Seville and resumed training with Betis, but could not re-register for the club and found himself in footballing exile.

Zozulya has never been shy about his political views. He is an open supporter of the Ukrainian army in its war with Russian forces and Russia-backed separatists in the Donbass. He has received the civilian honour “For Services to the Armed Forces of Ukraine” and has auctioned off his Europa League runner-up medal to raise funds for the war effort. Zozulya has also dedicated his efforts to helping children affected by the conflict and to rebuilding infrastructure in the war-torn regions. 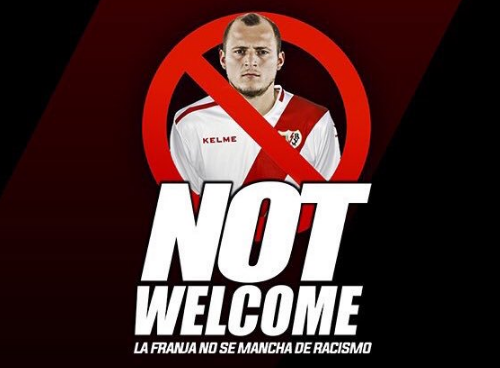 Zozulya has always been adamant that he has no sympathies for Neo-Nazi or ultranationalist groups.  But none of this made a difference. One leader of a Rayo supporters group claimed to have an entire folder of evidence of Zozulya’s neo-Nazi views but never shared the contents with the public.

As the journalist Samuel Borden of ESPN characterised the situation, Zozulya became a real-life victim of fake news.

Zozulya’s career in Spain could have ended then and there. After rejoining Betis his number and locker were given to another player with no notice. He only took part in a handful of friendlies and was not a part of the squad for any of Betis’ official La Liga fixtures.

On September 1st he tore up his contract with the club, but instead of returning to Ukraine as was rumoured, he opted to stay in Spain and signed a one-year deal with Albacete Balompié, who like Rayo compete in the Segunda División. When he signed for the club, they were languishing at the bottom of the table, one spot off last place.

Zozulya’s career at his new club got off to an inauspicious start. In his first appearance as a substitute, he collided with a Lugo defender and ended up with a bloodied head. Zozulya laughed off the injury, calling it a “small scratch” that was closed up with a stapler.

In Albacete’s next match against Gimanstic, Zozulya scored his first goal in 16 months – though because his lack of playing time his scoreless run lasted only 639 minutes. His fortunes kept improving, and after being named to Marca’s team of the week for the Segunda, Zozulya was named Albacete’s player of the month for September.

Zozulya has since increased his tally to seven goals in fourteen appearances and has helped Albacete turn their season around and return to midtable. He was again named Rayo’s player of the month in November and has twice more been included in Marca’s best XI. No surprise, then, that Albacete’s manager has said that Zozulya has been a blessing for the club.

In stark contrast to the disaster in Vallecas, Zozulya’s relationship with the Albacete supporters also flourished. He thanked the Albacete faithful for their support ever since his first day at the club, and after one match a female admirer displayed a sign in the colours of the Ukrainian flag with a request for his kit. Zozulya obliged. 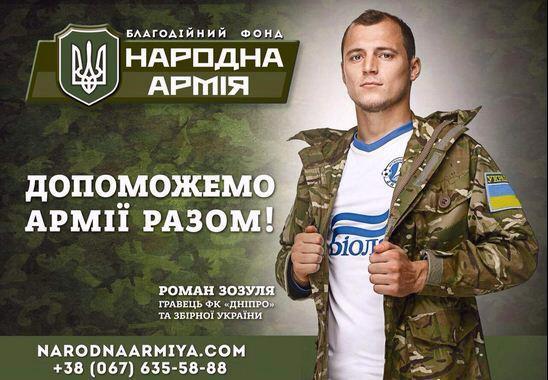 Roman Zozulya is an outspoken supporter of the Ukrainian army but strictly denies any associations to Neo-Nazi groups.

Moreover, Zozulya has won plaudits from the local press, who have ignored the fabricated political controversy. The local news website El Digital de Albacete described the striker as one of the most active players in the side on whom the manager relies from the first minutes, and the sports website 5 Mas El Descuento noted that Zozulya has conquered the hearts of the fans.

The only black mark on the season has been Albacete’s match against Osasuna. The Basque club’s supporters are also left-wing and have a close relationship with Rayo, and during the game, they chanted “death to Zozulya” – a level of maliciousness to which even the Rayo supporters did not sink. Zozulya was also left out of the squad for his side’s match against Rayo, likely to avoid any controversy.

Zozulya – His resurgence has not been unnoticed

Otherwise, it has been smooth sailing for Zozulya, with the small and rather comical exception a collision with teammate Mariano Bíttolo, as a result of which the Argentine defender had to get ten stitches on his penis.

Zozulya’s resurgence has not gone unnoticed in his home country. His former manager Myron Markevych remarked that “of all the forwards that we currently have, Zozulya is the strongest.” He is now back in contention for a starting spot on the Ukraine national team, for whom he has not made an appearance since 2016.

After reported interest from La Liga side Alavés, Albacete’s the general director has expressed his desire for the Ukrainian to remain at the club. Zozulya himself is happy as things stand. “I’m not thinking right now about the future,” he told the club’s official site. “I live in the moment… right now the most important thing is to reach the highest possible level.”

Zozulya’s nightmarish time in Spain appears to be well and truly over.