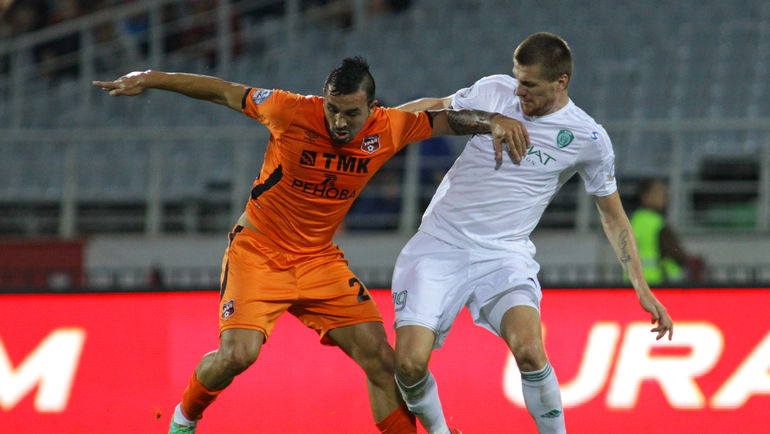 The news of Goncharenko’s resignation was soon refuted on Ural’s official homepage, which read: “Today [on August 25], the media have been running stories that Ural’s Viktor Goncharenko has decided to leave the team. The club is considering such information as an attempt to destabilize the situation inside the team, which is amidst preparing for the upcoming crucial matches against Terek [Grozny]. At this time, however, Goncharenko had already left Yekaterinburg, and travelled to Minsk in his native Belarus. This was later confirmed by BATE Borisov’s chairman Anatoli Kapski who had met with Goncharenko at the airport in Minsk.

As the news of Goncharenko’s apparent resignation spread, speculation occurred as to what could have motivated him to leave the club. Russia’s Sport-Express suggested that his disappearance could be connected to match-fixing, as Goncharenko fled before Yekaterinburg Ural’s match against Terek Grozny, which is supposed to take place this weekend, after suspicious details emerged about this match. 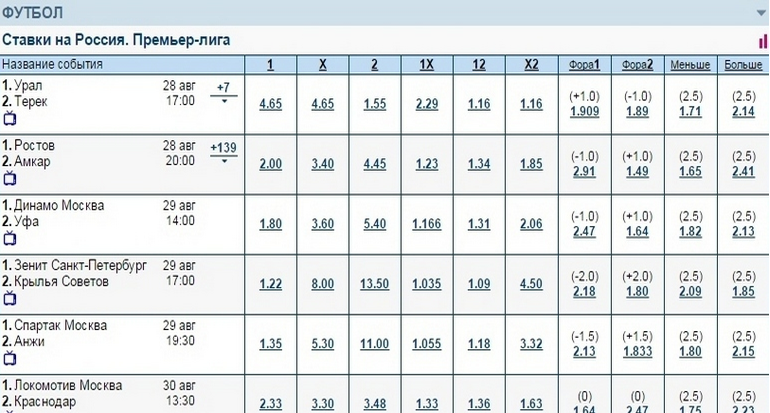 The odds don’t add up. Photo via Sport-Express

At one point Russian online bookmaker Marathon had set the odds at 1.82 for a Grozny victory, with odds of just 5.0 for a Yekaterinburg win—these numbers don’t add up. Yekaterinburg should be considered the favourite to win the match, as they are currently higher in the standings. Additionally, the last time the two teams met Ural easily won the match 3-1. This raises the question of what happened to result in these odds.

Both clubs have since issued statements dismissing any allegations of match-fixing. Terek’s vice-president Haidar Alkhanov for example said: “What can I say about this? I do not even want to listen to the bookmakers. If they have something to write, make sure there is a buzz around Terek. I have no idea about these odds, I do not play, do not watch the whole thing. I am sure, Ural and Terek will play football, the rest is just song and birds. Both teams need a victory. I do not want to discuss this nonsense.”

Yet Goncharenko’s sudden departure suggests that something was indeed murky, and that Goncharenko was not willing to take part in Ural potentially throwing a match. Meanwhile Ural officials still drive the club line stating that Goncharenko remains the coach of Ural. But Sport-Express reported that it is extremely unlikely that he will return as the coach of Ural, and that the Presidential Adviser of Sport Aleksander Tarkhanov—the right hand man of Club President Grigorii Ivanov—will step in to coach the team.

Goncharenko, meanwhile should have no problems finding new work, as Novosti Belarusi suggested that he could be in line to replace Leonid Slutsky at CSKA Moscow, as Slutsky is currently coaching both CSKA and the Russian national team, and may consider giving up his role at the Red Army club in order to fully focus on the Russian Sbornaya instead. Also the fact that Kapski met up with Goncharenko immediately after his escape could suggest that Goncharenko could return to BATE in some capacity. One thing is for certain Goncharenko, who is often considered the most talented coach in the post-Soviet space, will be considering his options carefully as his reputation may not survive another bust, no matter the circumstances.

Meanwhile, Terek will be travelling to Yekaterinburg to play Ural on August 28 in a match that will be under close scrutiny by officials both from the Russian Football Union, and UEFA. Goncharenko’s all but official resignation from Ural may therefore have brought much needed attention towards the often rampant problem of match-fixing in the post-Soviet space.