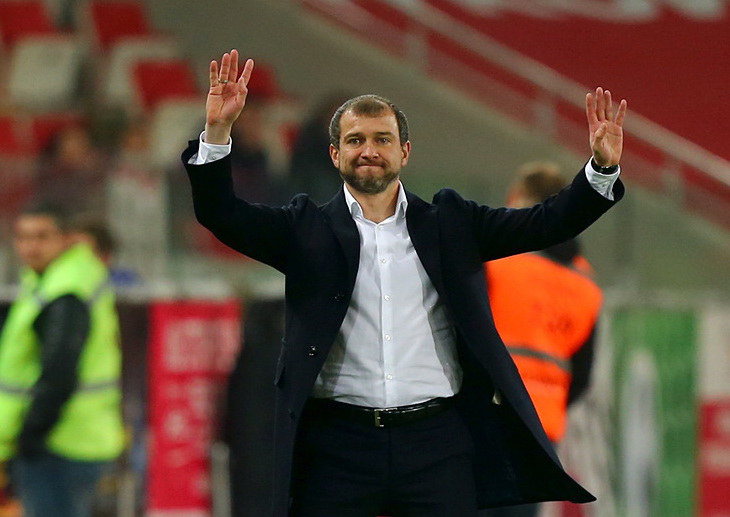 As last season drew to a close, the foot of the Russian Premier League table was incredibly tight. Going into the last round of games, only six points separated the bottom six teams, with five of them still in contention for relegation. In the end, however, Torpedo Moscow and Arsenal Tula just couldn’t atone for their abysmal starts, which had seen them claim just ten and eight points respectively in the first half of the season.

Torpedo, however, came close to achieving a miracle as they won their last five matches of the season, but in the end their automatic relegations were confirmed by two miraculous results for two of their rivals. CSKA Moscow arrived in Rostov on the back of a powerful run of four consecutive wins with 13 goals scored, including the emphatic destruction of city rivals Spartak, but were pegged back by a Vitaliy Dyakov penalty at the stroke of half time. It was only Pontus Wernbloom’s dramatic late equaliser that dragged the Army Men into the Champions League by securing a 1-1 tie, one more goal by CSKA would have sent Rostov into the second tier in place of Torpedo.

From Relegation Playoffs to Contender

400 miles away in Grozny, Ural Yekaterinburg were scrapping for their lives against Terek Grozny, who had only conceded 10 goals in their previous 14 home games. Knowing that Rostov were winning at the break, and therefore needing a win themselves in order to survive, they somehow conjured up three goals to claim a lifesaving three points and escape to the relegation-promotion playoffs, despite having lost more than any other team away from home. A low-key 1-0 aggregate win over a toothless Tom Tomsk saw Ural live to fight another season in the top flight. 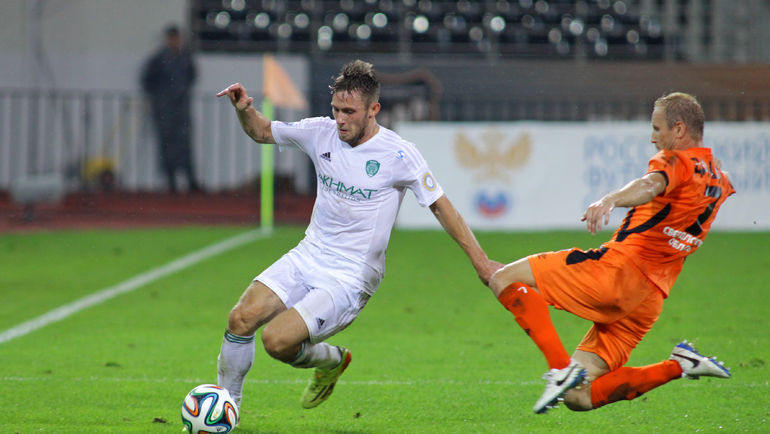 Following the second leg playoff match in Tyumen Ural players dressed in their tangerine shirts trudged around Tyumen’s Geolog pitch in a trance, and the atmosphere among the players was strangely muted. Gerson Acevedo was far from a celebratory mood as Futbolgrad interviewed him after the game, while the heroic captain Pablo Fontanello could barely stand as he held his daughter. This was not the elation one would expect from a side who had just negotiated a nail-biting escape from the clutches of relegation, and in doing so secured their livelihoods for another season.

Let’s fast forward to the midway point of this season: Rostov are in a Champions League position thanks to their head to head record against Lokomotiv Moscow, while Ural are just four points behind Zenit and a Europa League qualification position. Ural and Rostov faced off in their last Premier League match in what has become a high-flying fixture, with a late Vladimir Khozin own goal handing the spoils to Rostov. How did this happen?

Futbolgrad was present at Ural’s first home game of the season, the reopening the SKB Bank Arena, to witness a spirited Ural, who were in the end outclassed by Zenit’s superior ability. It was Yekaterinburg’s first chance to meet the young Belarussian manager Viktor Goncharenko, after the former Kuban Krasnodar and BATE Borisov boss had signed with Ural. But on this day Hulk’s formidable presence was simply too much for Ural and Goncharenko to handle.

Despite a shock 2-0 win over his former employers Kuban, Goncharenko just couldn’t find the right formula and failed to win another game as the transfer deadline day approached. No major signings were made, despite numerous attempts to reinforce what was looking like a threadbare squad, and with draw specialists Terek next to visit, hopes of a first home win were scarce.

These hopes took a suspicious turn for the worse as bookmakers began offering bizarre odds of 5.00 for Terek to win, even though they were at best evenly matched. Sport-Express broke the news that patterns suggested match-fixing, and there were suggestions that Ural offered to throw the result of the upcoming game as a ‘thank you’ for the vital three points on the last day of last season.

Shortly after the rumors surfaced, it became apparent that Goncharenko had left the country for Belarus, where he held a meeting with the president of his former club BATE Borisov Anatoli Kapski. When it was confirmed that Goncharenko would not be taking charge of the Terek match, speculation arose as to his future at the club, and even in Russia, as his disappearance was linked heavily to his displeasure with the club’s involvement in fixing the match.

For a 38-year-old man with only one full season’s experience in the country, it was a bold stance to take against match-fixing in Russian football. His official departure was confirmed following the match, which diplomatically ended as a thrilling 3-3 draw thanks to Alexander Erokhin’s last minute equaliser, with his fellow countryman and former assistant Vadim Skripchenko taking charge.

Incredibly, the understudy masterminded a complete reversal of fortunes, overseeing three consecutive wins and a rise up to sixth place. The match-fixing allegation fervor has since died down amid the revitalised performances on the pitch Erokhin has since earned a call up to Leonid Slutsky’s Russia squad as a reward for his goalscoring form. Gerson Acevedo has found a new lease of life, in complete contrast to the despondent figure in the bowels of the Geolog in June, while Vyacheslav Podberezkin and Roman Emelyanov have both proven maturity beyond their years.

The stricter foreigners regulations that have been reported in the Russian media have cast an interesting light on Ural’s future. At present, under current stipulations, there are ten non-Russian players in Ural’s squad, with a maximum of six allowed on the field at any given time, but no restrictions on the total number in a squad. It has been suggested; however, that the restrictions will be further tightened to limit the total number of foreigners in the squad, not just for the eleven on the pitch, but to six overall in the squad. An additional requirement is that a minimum of one U-21 player must be on the pitch at all times.

If these measures would be ratified this season—which is unlikely—Ural would have to release a minimum of four foreigners to comply, with Carlos Strandberg, Dmytro Bilonog, Kostyantyn Yaroshenko and Yuriy Zhevnov potentially in danger, and would be left scrapping with the rest of the league to sign replacements from lower down the league system. The quality of youth academies in Russia is simply not high enough at the moment; CSKA Moscow’s Konstantin Bazelyuk was hailed as the best young player in the country two seasons ago, but at the age of 22 has only appeared in 39 professional games and scored only eight goals.

This is not to criticise Bazelyuk specifically, but merely to shows the failures of the Russian system to produce young talent, as well as giving young players the necessary time to develop their game on the pitch. In Ural’s case, Dmitry Arapov is the only player coming from club’s youth system to get any playing time his season, and even then he joined the club as a 17-year-old from Yekaterinburg’s futsal team Sinara.

Whether Skripchenko can maintain the form that has propelled Ural into previously unchartered waters is debatable—impressive as their season has become—they have yet to truly dominate a match from start to finish. Skripchenko has however already performed minor miracles just to get Ural where they are today.