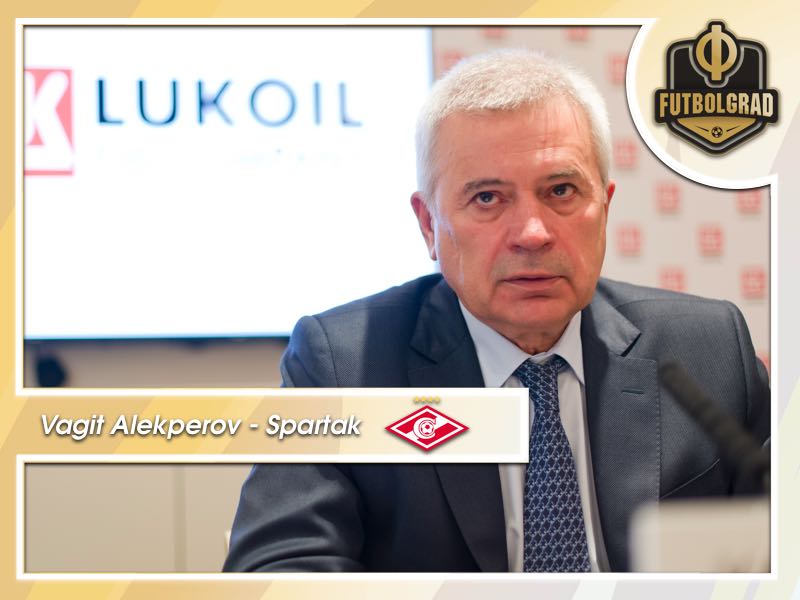 It has been more than 10 days since Spartak fired championship-winning head coach Massimo Carrera. The Italian had been a popular man with Spartak fans and the decision of Spartak owner Leonid Fedun to fire the head coach has caused major controversy with the fans of Russia’s most popular club. The unrest at the club has even drawn a reaction from Lukoil biggest shareholder, and Fedun’s boss, Vagit Alekperov.

According to the Russian based news agency Sport24 the 68-year-old owner, and president, of Lukoil is dissatisfied with the scandal that the dismissal o Carrera caused. Although the club is owned by Fedun Alekperov has long been considered the strong-man behind Fedun.

Born in what is today Azerbaijan Vagit Alekperov worked as an oil rig worker in the Caspian Sea before moving to Siberia in the 1980s. He then rose through various minister posts in the former USSR and was then crucial in transforming the Russian oil industry in the 1990s.

“In 1991 and 1992, huge volumes of oil were being illicitly exported to take advantage of the large gap between domestic and export prices; a to of oil sold for export would fetch $100 or more but could get only a fraction of that price on the domestic market. In this time of terrible flux and wholesale theft, Alekperov created his own Western-style oil company, Lukoil, out of three Siberian production associations, two refineries and a trading company,” writes David E. Hoffman in his book The Oligarchs.

“Lukoil was Russia’s first vertically integrated oil company, handling everything from exploration and drilling to refining, distribution, and sales, very much like modern Western oil companies,” Hoffman added. The company was a huge success and would become the benchmark for other Russian oil and gas companies and would eventually even become a model for Gazprom.

Vagit Alekperov has turned Lukoil into a giant

Today Lukoil is Russia’s largest privately owned company regarding revenues with reserves second only to ExxonMobil with subsidies in 40 countries – including the United States and Saudi Arabia. With 110,000 employees and annual revenue of $24 billion, Lukoil is a giant not just in Russia but the worldwide oil industry.

The company also made Vagit Alekperov a rich man. The 68-year-old is understood to be worth $16.8 billion according to Forbes it also made Alekperov a target of the US government and the oligarch was placed on the so-called “Putin List” in January, which according to the oligarch has made business abroad more difficult in recent months. 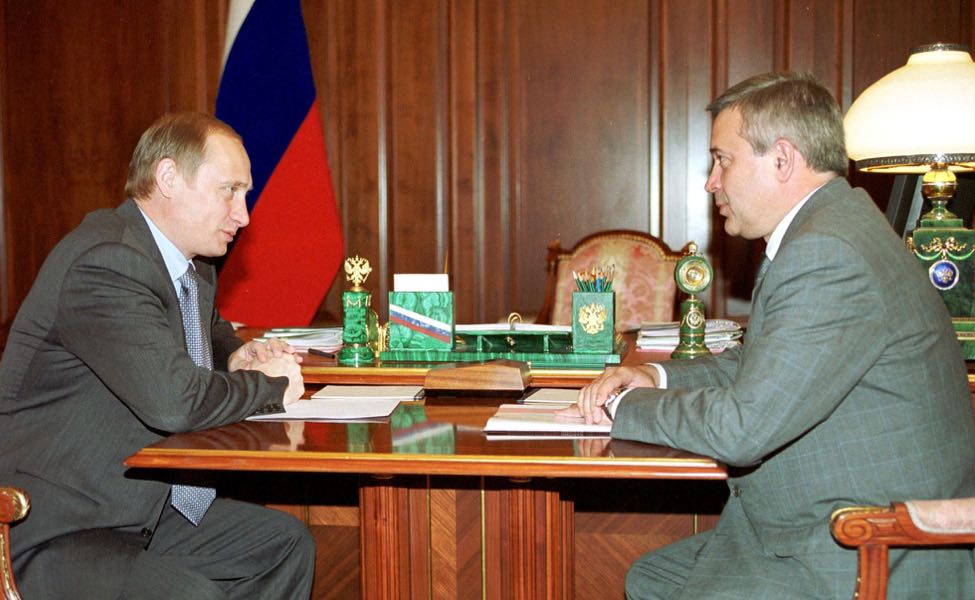 Russian President Vladimir Putin (L) talks to the head of the Russian oil giant Lukoil, Vagit Alekperov (R), during their meeting in the Kremlin, Moscow 23 June 2000, to discuss new projects, such as developing new oil fields in the North of the Caspian Sea and the Timan district. (Photo credit should read AFP/Getty Images)

“Lukoil works in the global market, of course, our partners will be more careful in their dealings,” said Alekperov. All of this is important to keep in mind when it comes to Spartak, which is after all officially listed as one of the subsidiaries of the company.

Spartak owner Leonid Fedun is also a shareholder at Russia’s largest independent oil company and has been long considered the right-hand man of Alekperov. It is the connection with Lukoil in particular that has made many specialists such as the well-known NTV-Plus sports commentator Vasily Utkin suggest back in 2015 that Alekperov and not Fedun was the real owner of the club.

“It was not time to end the time of figureheads, and that it was time for Alekperov to assume responsibility at Spartak,” Utkin said on television following the resignation of Fedun as the president of Spartak in May 2015. Fedun may have stepped down from his official positions three years ago but never gave up control of the club.

Furthermore, allegations that Vagit Alekperov is the real owner at Spartak have since strongly been denied by Alekperov himself, who stressed that Lukoil was nothing but a sponsor at Spartak Moscow and that he had no interest in running the club. At the same time, however, the rumours of Lukoil’s real influence at the club have continued, and it is undeniable that sponsors such as the Otkrytie Bank that sponsors Spartak’s stadium is connected to Lukoil.

Through the subsidiary IFD-Kapital’, Lukoil owns 19.9% of the bank making them the second largest shareholder. This suggests that LUKoil’s, and subsequently Alekperov’s, influence at the club are much larger than the oil magnate is letting on.

As Tim Bogdachev recently explained on the latest edition of the Futbolgrad Podcast “Alekperov is no football fan and result wise he couldn’t care less with what happens to Spartak.” The latest statements regarding the firing of head coach Massimo Carrera, however, underline Alekperov’s influence at the club and that while the owner is not interested in football Alekperov does care about the image the club reflects on his company Lukoil.

The oligarchs latest statements, for example, were sparked by Spartak fans calling for a boycott of Lukoil gas stations. Another aspect has been Spartak’s absence from the UEFA Champions League. That competition, in particular, is important to transport Lukoil’s image around the globe including the United States where the company operates gas stations and delivers heating oil to households in 11 states.

It is with this in mind that Alekperov has allowed Lukoil to finance Spartak in the past. It was, after all, no surprise that Carrera thanked Alekperov at his goodbye press conference. “Thanks to him Spartak will surely do well in the future,” Carrera said. A statement that truly highlights Alekperov’s influence at the club.