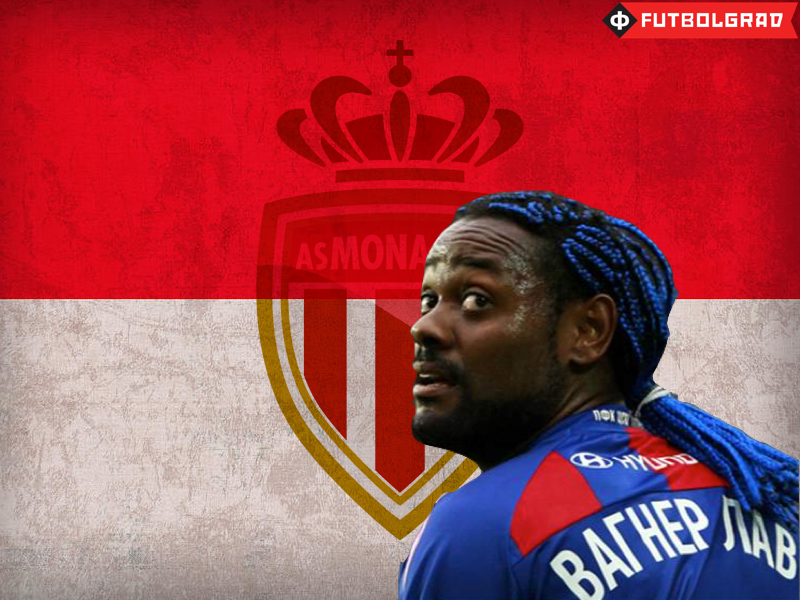 CSKA Moscow legend Vágner Love who, according to transfermarkt.de, is worth €4.5 million, has returned to European football as, according to newspaper Folha de S.Paulo, the Brazilian has agreed to join the French club AS Monaco FC from Sport Club Corinthians Paulista for €1.5 million.

Vágner Love was rumoured to follow several of his teammates, who recently were transferred from Corinthians to the Chinese Super League—Corinthians’ have seen their first team dismantle as they have lost several key players to Europe, China, and Mexico in what has already been dubbed the #Desmanchelândia (dismantling).

With 14 goals scored in 31 games, Vágner Love was Corinthians’ best goal scorer in the 2015 edition of the Brasileirão. Although he is already 31 years old, the Monegasque hope that Vágner Love can help improve Monaco’s poor offense— the club has only scored 25 goals in 19 games.

Vágner Love’s contract was set to expire in July 2016, and he would have been free to negotiate a free agent deal come February. As Sambafoot reported, Corinthians were willing to negotiate a new contract with Vágner Love but simply could not compete with the money that was offered to the striker by the Chinese and European clubs.

Hence, Corinthians were willing to sell the striker now in order to receive a compensation payment and, while Vágner Love had good offers from China, the fact that his wife is expecting a baby, meant that the striker was reluctant to return to China, where he had played for Shandon Luneng Taishan between July 2013 and February 2015.

Instead, Vágner Love has now accepted an offer by AS Monaco, who are owned by the Russian oligarch Dmitry Rybolovlev. Rybolovlev may, in fact, be the driving force behind the transfer of the Brazilian from Corinthians to AS Monaco, as Vágner Love remains a recognized figure in Russian football.

Russian Football News once suggested that Vágner Love could be the finest striker ever to grace Russian football, and that his 85 goals in 169 games for CSKA make him the best player of the club’s post-Soviet era.

On the other hand, despite his obvious skills, Vágner Love has never played for a top European club and, while his skills are obvious to those who follow Russian and Brazilian football closely, the question still remains whether the Brazilian has the physical and mental constitution to compete with the very best on a daily basis.

While Monaco may not be a top European club at the moment—although Rybolovlev’s financial power may very well mean that the club could soon become a challenger once again—Ligue 1 still constitutes a step up from China, Brazil, and Russia. Monaco are currently second in the league table and, therefore, could qualify for the UEFA Champions League next season.

Monaco fans hope that Vágner Love will make a significant contribution to the club’s Champions League qualification push, and that the striker wasn’t just bought because Rybololev was feeling nostalgic for the striker’s glory days in the Russian Football Premier League.