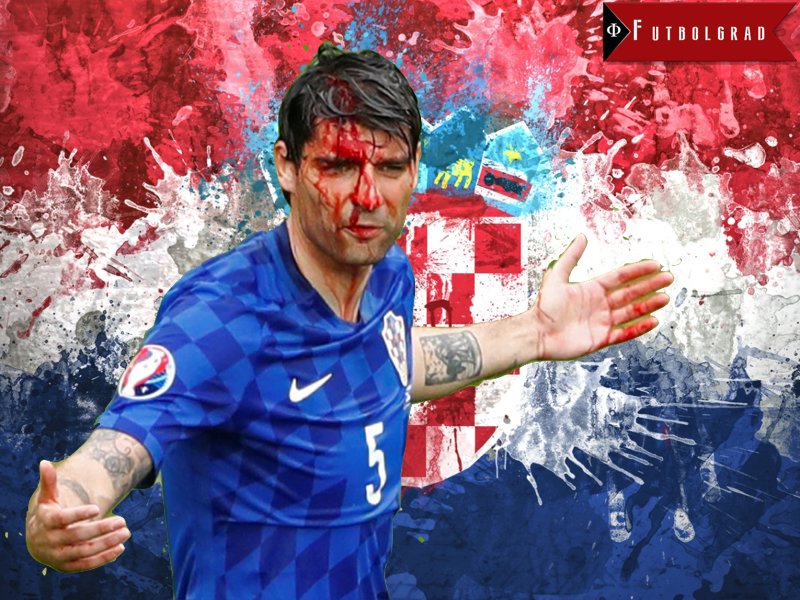 It was the 33rd minute in the Euro 2016 Group D match between Croatia and Turkey when Croatia defender Vedran Ćorluka clashed with Turkey attacker Cenk Tosun. Ćorluka was ready to receive the ball when Tosun rushed the defender from the back, and launched himself over Ćorluka in order to reach the ball, hitting the Croatian defender with the elbow. The result was a cut for Ćorluka and just a yellow card for Tosun.

Ćorluka had to receive stitches, but continued the game despite being obviously in pain. Nine minutes later Luka Modrić scored a stunning goal to make it 1-0 for Croatia. In the second half the game continued to grow in intensity, and Ćorluka’s defensive skills were often brought under scrutiny by a talented young Turkish squad, who knew that the defender was carrying a handicap from the injury received by Tosun in the first half.

Halfway through the second half Ćorluka had to once again receive medical attention, as his cut kept bleeding. He was then given a bandage so that he could to continue the game, despite the fact that the medical team could not stop the bleeding. At one point he was seemingly arguing with the medical staff about a possible substitution.

Yet Ćorluka was insistent that he wanted to stay on and to see off the match, and help secure his country a victory. Then in the 94th minute his persistence paid off, as Turkey had one last clear chance through defender Hakan Balta. The Turkish defender had joined the rush up front, and was about to slot home a long ball he received from Turkey’s midfield when Ćorluka fearlessly dived into the ball to stop the attempt, and in the process secured his country’s victory.

Ćorluka is a Tough Player

The game was perhaps exemplary for Ćorluka’s style of playing, as the 192cm 84kg defender is no stranger to physical play. In fact Ćorluka is more often on the giving end rather than the receiving end of hard physical play.

In October UEFA suspended Ćorluka for four UEFA competition matches for violent conduct in Lokomotiv’s Europa League game against the Turkish club Beşiktaş Istanbul. Ćorluka had gotten in a fight with several Beşiktaş players, and could be seen punching at least one Turkish player in the face with his elbow.

It was not the first time the Ćorluka had been involved in a match altercation. In fact Lokomotiv Moscow fans even put together a best of video, which includes all the best tackles, altercations, and red cards that the Croatian defender has collected since joining Lokomotiv Moscow from Tottenham Hotspur in 2012 for £5.5 million.

Ćorluka joined Lokomotiv Moscow after struggling to get consistent starts at Tottenham. In the spring of 2012 he was loaned out to Bayer Leverkusen, but despite some decent starts the German club was unwilling to exercise the option to buy the defender from Tottenham, as club officials felt that Ćorluka had not done enough to justify a hefty £5.5 million transfer fee.

Lokomotiv was a Way Out for Ćorluka

It then appeared that there wasn’t much of a market for the defender at any of the major European leagues. But after the announcement that Slaven Bilić would take over as the new head coach of Lokomotiv Moscow, Ćorluka was one of the first signings of the Croatian coach, who had coached Lokomotiv Moscow in the 2012-13 season.

Back in 2012 the Russian Football Premier League was a very different competition from today. Russia had not yet annexed Crimea, and militarily intervened in the Donbass, and the oil price was at a level that allowed major Russian companies, such as Lokomotiv’s owner the Russian Railways, to burn money. Hence, the £5.5 million Lokomotiv spent on Ćorluka was just a small portion of what the club spent on transfers that season.

Despite the investment Lokomotiv had a miserable year, however, and finished the Russian Football Premier League (RFPL) in ninth place. Bilić was fired and replaced with the Belarusian coach Leonid Kuchuk. By September the club had changed coaches again, as current Lokomotiv coach Igor Cherevchenko replaced Kuchuk. 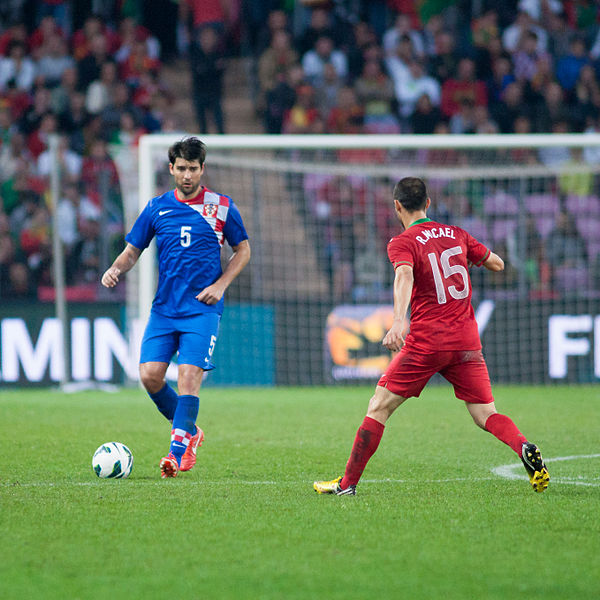 Despite the fact that Bilić was gone within a year, Ćorluka managed to become one of Lokomotiv’s most important players. In fact after Bilić’s departure, Lokomotiv, with Ćorluka as the club’s main defender managed a third place finish in the 2013-14 RFPL season. One year later during the 2014-15 season Ćorluka won the Russian Cup with Lokomotiv, and was voted Lokomotiv’s player of the season.

The Euros Could Provide Redemption

This year Ćorluka and his teammates seemed to be right amidst the race for the Russian championship. The club entered the winter break in third place behind CSKA Moscow and Russia’s surprise package FC Rostov. But during the spring Lokomotiv Moscow’s title hopes melted away as the club put together a long list of poor results. In the last five games of the 2015-16 season Lokomotiv only managed one win—on match day 30 against Mordovia Saransk. As a result Lokomotiv finished the season sixth, and missed out on a Europa League spot for the coming season.

For Ćorluka this must have been a frustrating experience, as the defender was once again one of the best players at his club. The European Championships in France therefore will provide a necessary distraction from Lokomotiv’s terrible finish to the season.

Pressure, however, is high for Croatia’s national team at the Euros and many Croatia supporters are doubtful on whether the talented squad has enough edge to be a major challenger for the title at the tournament. Furthermore, fans believe that manager Ante Čačić is not the right coach to guide the team to a successful tournament.

Yet the performance against Turkey shows that Čačić has assembled a squad that is willing to go the extra mile in order to secure a victory. Indeed the image of Ćorluka defending like there was no tomorrow with blood running down his face could soon be remembered as the moment that Croatia came together as a team that could once again challenge for a top spot at a major tournament.

For Ćorluka this could become an important moment as well, as Lokomotiv may look to make changes to the squad in the upcoming season, and Ćorluka might have a last chance to play at a major European league. The performance against Turkey will have certainly brought him back in the notebook of managers who are looking to buy a fearless defender.