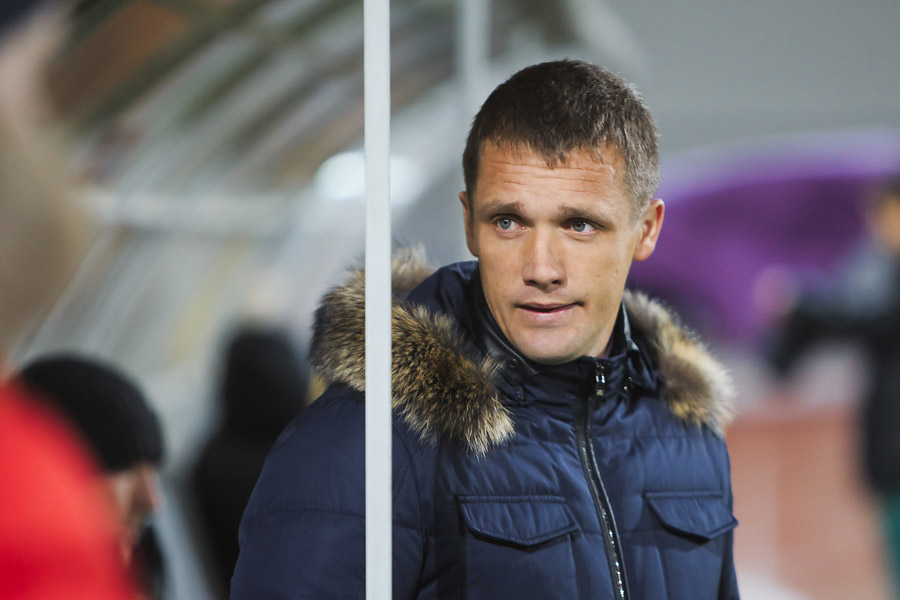 Viktor Goncharenko was once considered one of the brightest coaching talents in the post-Soviet space. Goncharenko is a native of Khoiniki, a relatively small town located not far from the Belarus’ border with Ukraine. Located in the Gomel oblast the city was heavily affected by the 1986 Chernobyl nuclear disaster. Viktor’s father, Mikhael, was one of the many engineers that would die of the long-term causes caused by the nuclear fallout.

Goncharenko has often stated that his father’s love for football was one of his motivations to make it as a professional football player. In 2002 Goncharenko indeed managed to break into BATE Borisov’s first team. But his height, he stands at 167 cm, meant that he was never picked up by one of the bigger clubs in Russia or Ukraine. Furthermore, injuries meant that Goncharenko had to end his playing career at the young age of 25.

With the end of his playing career Goncharenko became a part of the coaching staff at BATE Borisov. Not unlike the German coaches Ralf Ragnick and Thomas Tuchel, or more famously Chelsea coach José Mourinho, Goncharenko can therefore be described as part of a new cohort of coaches that have not gained their coaching merits through a long successful playing careers, but rather through developing their coaching abilities as part of a professional career path.

In 2007 Goncharenko took over as the head coach of BATE Borisov. Aged 27 Goncharenko was not much older than the majority of the players he coached. This opportunity was given to him despite his young age, as Borisov was not a historically successful football market. It also helped that the owner of BATE, the Borisov Automobile and Tractor Electronics factory, was relatively hands-off when it came to running the club.

This meant that Goncharenko found the perfect environment for introducing new tactical elements, and to turn BATE Borisov into a club that is now considered the model club of Belarus.

In 2011/12 Goncharenko, then just 31 years old, was able to guide lowly BATE Borisov from Belarus through a successful Champions League qualification campaign. The following season Goncharenko oversaw one of the biggest sensations in Champions League history when the club beat eventual champion Bayern Munich in Minsk 3-1. 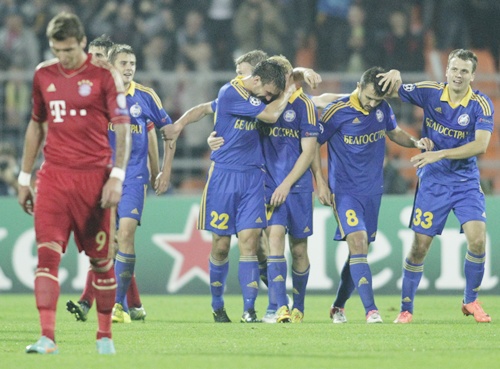 Goncharenko’s Champions League success meant that the club was able to invest in a new stadium in Borisov. In 2014 the club opened a new stadium the Borisov Arena with 13,126 seats, and at a cost of €40 million the stadium is a milestone in the history of the club. Furthermore, BATE has now become a prime location for young talented players from Belarus who want to be spotted by one of the big clubs in Ukraine, Russia, and Western Europe.

While Goncharenko’s successes at the club provided the foundation for the new stadium, the coach would no longer be in Borisov to take part in the opening of the facility. In 2013 at the age of 36 Goncharenko felt that it was time for his next career move. An ambitious club in the Russian Premier League like Kuban Krasnodar therefore seemed to be the perfect choice for the next step in his career.

Kuban finished the 2013/14 season in a mediocre eighth spot, not only missing out on European football, but also finishing the season behind up and coming city rival FK Krasnodar. Despite the disappointing season Goncharenko was allowed to continue his job at the club. At the same time, however, it was clear from the outset that Goncharenko’s position within the club has been weakened. 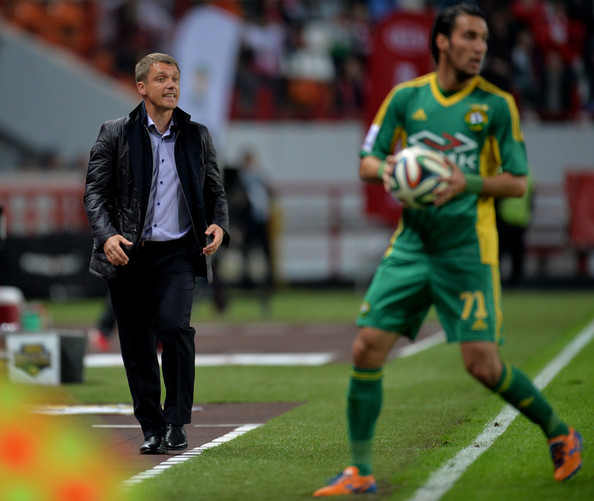 Goncharenko’s time at Kuban can only be described as turbulent

By November 13 Goncharenko’s Kuban had only lost one game, a 6-0 thrashing by CSKA Moscow. Despite this Goncharenko was fired on 13 November 2014 with the club citing a lack of discipline within the squad as the reason.

In truth Goncharenko never had a chance at a club that faced a severe front office crisis. In March 2014 Kuban’s powerful ultras spread a message on social message claiming that the club was facing bankruptcy. Armenian owner Oleg Mkrtchan, who according to some sources owns 75% of the club, later refuted this claim.

Despite official statements by the club there continue to be rumours about both the financial health of the club and its actual ownership. Rumours about the future of the club kept resurfacing throughout Goncharenko’s time at the club, and at one point it was even suggested that Kuban would be moved to Sochi, enhancing the atmosphere of uncertainty.

Some of these rumours must have been true, as Mkrtchan seems to be in financial trouble as he recently ended his relationship with Metalurh Donetsk. With the end of Mkrtchan’s investments in Ukrainian football, Metalurh has since been forced to move to a new location, and the club will start the 2015/16 season in Dniprodzerzhynsk under a new name.

At BATE he was given complete freedom by the ownership group to introduce new structures, turning the club into one of the most professional teams in the post-Soviet space. Yet at Kuban the backdoor struggle over the actual ownership of the club meant that Goncharenko had to fight a war on several fronts, and was eventually a casualty of the club’s financial uncertainty.

Goncharenko’s end at Kuban therefore had little to do with the actual results on the playing field but rather with the political battle over the ownership of the club between investors such as Mkrtchan, and the regional government of Krasnodar let by governor Aleksandr Tkachyov.

Resurrection in the Ural Mountains? 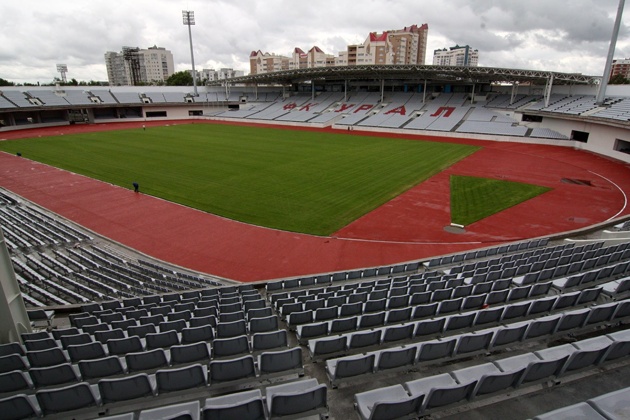 Having been without a job since last November, Goncharenko was considered the frontrunner for the coaching position at Spartak Moscow. Yet Spartak chose their former player Dmitriy Alenichev instead. Shortly, after Alenichev’s appointment at Spartak, Goncharenko was presented at Spartak’s league rival Ural Yekaterinburg, who announced on their Twitter account on June 14 that Goncharenko had signed a three-year contract.

Ural is about to receive a new football specific stadium in time for the 2018 World Cup. Furthermore, the club also opened a new indoor complex in 2013, giving Goncharenko access to a modern training facility that can be used even during the harsh winter of the Ural Mountains. Owned by the regional government, the Sverdlovsk Oblast, but led by former player Grigorii Ivanov, who acts as the President of the club, Goncharenko should also be given relative freedom to develop the team’s playing philosophy.

Although the club has a limited budget Goncharenko proved at BATE that he can work within limits. Also not unlike BATE, Yekaterinburg is far away from the football hotspots of Moscow, Krasnodar, and St. Petersburg, and might therefore be the perfect place for Goncharenko to build a team that could resurrect his once promising coaching career.

In many ways Ural Yekaterinburg, located at the borderlands between Asia and Europe might prove to be the most interesting football project of next season’s Russian Premier League.