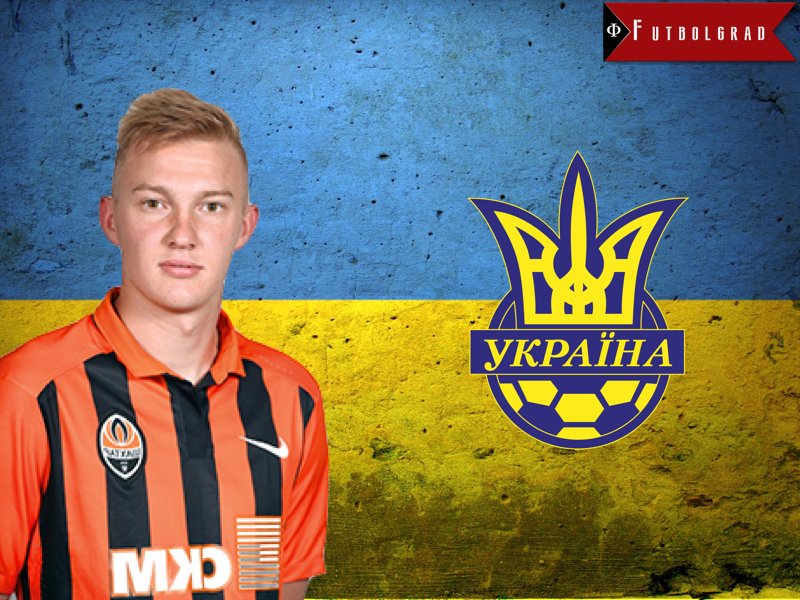 On Sunday Ukraine will open the tournament against Germany. Much of the attention will be on Germany, who are traveling to Ukraine with the youngest squad in the country’s European Championship history. Indeed Bundestrainer Joachim Löw has called up several young talented players such as Julian Weigl, Joshua Kimmich, Jonathan Tah, and most prominently Leroy Sané.

Many even speculate that Schalke’s Sané could travel not only to France, but indeed may also play a major role in Löw’s plans for the European Championships. But, with much of the attention on Germany’s young guns, one particularly talented Ukrainian player often gets overlooked—the 20-year-old Viktor Kovalenko. Indeed Sané and Kovalenko have already met earlier in the season.

Kovalenko and Sané have Met Before

This encounter took place at the return match between Schalke 04 and Shakhtar Donetsk in the round of 32 of the UEFA Europa League. Before the draw, many expected that Schalke would advance to the next round, but after a 0-0 draw in Lviv Shakhtar had the advantage, as a draw with goals saw them through to the next round.

Yet, in Gelsenkirchen, many believed that Schalke rather than Shakhtar would advance. The Germans around the bright young star Leroy Sané were thought to have too much talent to fail to get the necessary result at home.

It was Shakhtar Donetsk, however, that carried away the necessary result in Germany, as the Ukrainians won in convincible fashion with a result of 3-0. The Frankfurter Allgemeine Zeitung would later label the result a “debacle for Schalke”.

Shakhtar’s manager at the time, Mircea Lucescu, would later say that the match was “An indisputable win,” and further added, “[this was] a good result, considering what team we have right now, and all the changes we had to make in the squad. To some extent, all these changes are changing [our] game. We are moving from technical football, which we had played until this year, toward a more defensive approach.”

Kovalenko was involved in the first two goals, and then scored the third himself, and was later voted man of the match by Whoscored.com, who gave him a score of 8.6. At only 20 years of age, Kovalenko just needed one match to make Shakhtar fans forget the transfer drama that surrounded the departure of Alex Teixeira. Indeed, the departure of Teixeira accelerated the development of Kovalenko, who could become the next bright talent to be developed in the Ukrainian Premier League.

The young attacking midfielder, who was born in the southern Ukrainian city of Kherson, then became an important element of Shakthar’s Europa League run, which ended when the eventual title winners FC Sevilla eliminated the club in the semi-final. While Shakhtar, once again, failed to win the Ukrainian Premier League title this season, the club at least managed to win the Ukrainian Cup.

Futbolgrad was in attendance at the Ukrainian Cup final and, although it was not his best performance, it was evident that Kovalenko has become a key to Shakhtar’s midfield play. The boy with the number 74 was always present to receive, and distribute the ball to the quick wingers Taison and Marlos, as well as to striker Oleksandr Gladky. 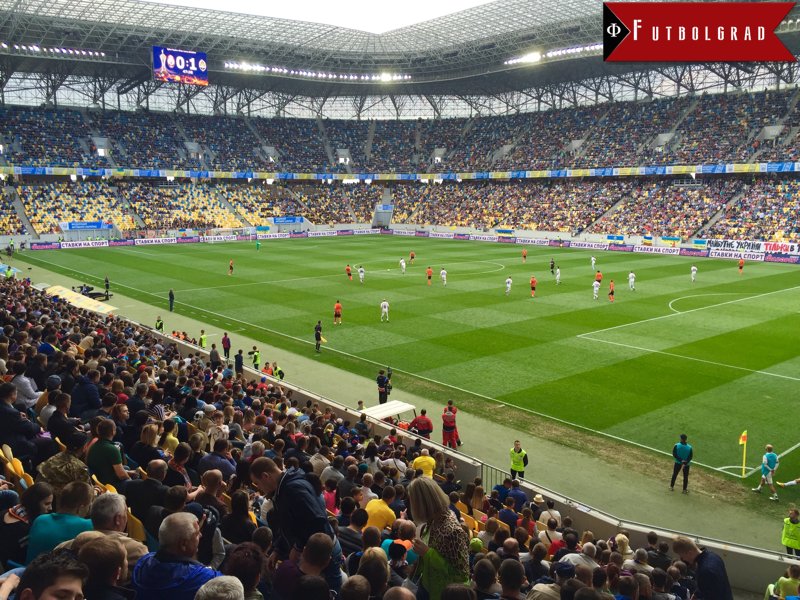 Viktor Kovalenko was not at his best at the Ukrainian Cup final, but his talent was obvious nonetheless

His vision and intelligent play was already evident at the youth level. During the 2014-15 season he guided Shakhtar’s U-19 to the UEFA Youth League final, which the club lost 3-2 against the London based club Chelsea. Despite being limited to two substitute outings at UEFA Youth League final tournament in Nyon, due to an injury, he scored two goals and made another in the 3-1 semi-final success against Anderlecht and then netted another goal in the final.

Just a few months later he won the adidas Golden Boot, as the top scorer, at the U-20 World Cup in New Zealand. His first touch, and fine distribution was especially evident at that tournament, as was his ability to add pace to the attack by joining the rush from midfield.

These abilities have also been evident at the senior level, except for the fact that Kovalenko has not been able to translate scoring success from the junior to the senior team, as he was without a goal in the Ukrainian Premier League this season. In the league this was something that sets him apart from his predecessor in Shakhtar’s attacking midfielder the Brazilian Alex Teixeira, who played a much more offensive game.

Will Fomenko Start Kovalenko on Sunday?

This, however, could have tactical reasons, as Kovalenko is given a central role in midfield at quite a young age. Furthermore, on his position, attacking prowess doesn’t always translate to the senior level, or perhaps it will be simply a matter of more maturity before Kovalenko also adds a scoring touch at the senior level.

It will be interesting to see whether Ukraine coach Mykhaylo Fomenko will give Kovalenko the nod to start on Sunday against tournament favourites Germany. Like Shakhtar, Ukraine is playing with two fast wingers—Yevhen Konoplyanka, and Andriy Yarmolenko—and Kovalenko could be the ideal player to distribute attacking plays to either wing.

With an average age of 27.9, Ukraine has one of the older squads at the tournament, and Kovalenko, who is the second youngest player in the squad after FC Ufa’s Oleksandr Zinchenko, could bring the innocent creativity that we often see from younger players.

One thing is for certain, however, Germany’s scouts, and Leroy Sané in particular will have taken notice of the young Shakhtar talent, and marked him down for special attention in order to make sure that he will not be the centre of another upset against a German team.