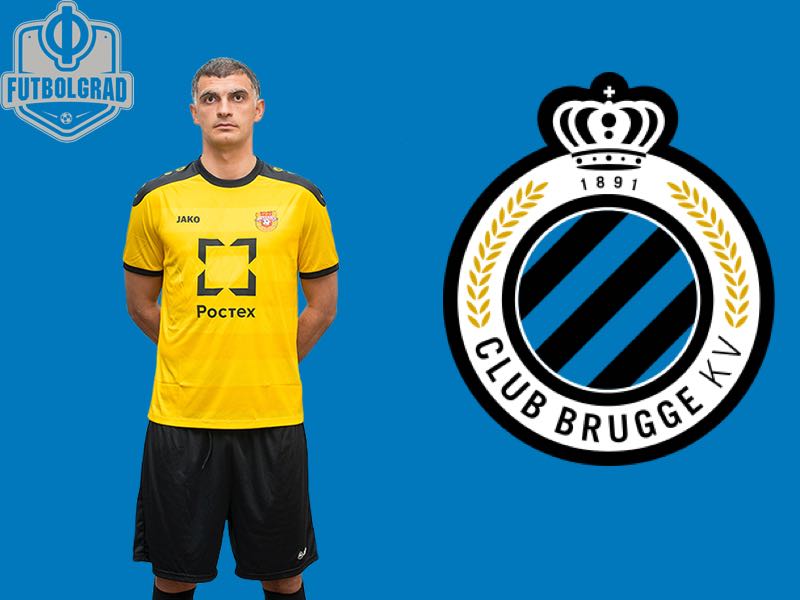 Vladimir Gabulov – In Bruges with Love

Quietly almost ignored by the press has Vladimir Gabulov left the Russian Football Premier League to join Belgium side, Club Brugge. Playing for Arsenal Tula this season the 34-year-old goalkeeper has seen a small revival this season playing for one of the smaller teams in the RFPL.

Arsenal Tula have, however, turned some heads this year. Coached by the Montenegrin Miodrag Božović are currently in the eighth spot in the RFPL. Four points ahead of 13th place Amkar Perm, which occupies one of two relegation playoff spots, Tula still have a relegation fight on their hands but seemed well settled given Božović’s coaching abilities and the performances by stars like Gabulov.

Gabulov, in fact, has been outstanding at times this season. So much so in fact that Sbornaya head coach Stanislav Cherchesov called him up to represent his country in the last four friendly matches of 2017 against Iran, South Korea, Argentina and Spain—he did not see playing time in any of the games.

The call-up may have surprised some, and there was even talk that Cherchesov, a former keeper himself, had called up Gabulov only because they were both natives of North-Ossetia-Alania. Regional affinities may undoubtedly have played a part in Cherchesov’s decision to call up the goalkeeper, not regarding Caucasus clan politics, but instead because Cherchesov sees an extension of himself in the 34-year-old Gabulov.

Calling up the keeper meant adding experience to his side without robbing a valuable field player spot. Furthermore, Gabulov’s abilities would have been good enough to represent Russia in the worst-case scenario that he would have to field the keeper in one of the friendless in the fall.

Whether regional loyalties and experience will be enough to nominate Gabulov for the main event this summer remains to be seen—but regardless the Russian sports page Sports.ru already considers the keeper as the big winner of the RFPL winter break. The page argues that moving from the Russian industrial city of Tula to one of Europe’s most beautiful city is the equivalent of winning in the lottery.

Bruges is indeed one of the pearls of Western Europe, a romantic city made famous by the movie In Bruges starring a melancholic Colin Farrell. There is even some resemblance between the Irish actor and the North-Ossetian keeper, but unlike Farrell, who plays a hitman facing imminent death through execution, Gabulov situation in Belgium will be anything but dire.

Club Brugge are first eleven points ahead of second-placed Charleroi and look like a lock to secure the Belgium Jupiler Pro League title this season. Gabulov, therefore, is not only heading from industrial Tula to a beautiful city in Western Europe but is also making a jump from a mid-table team to a top team with the prospect of silverware. 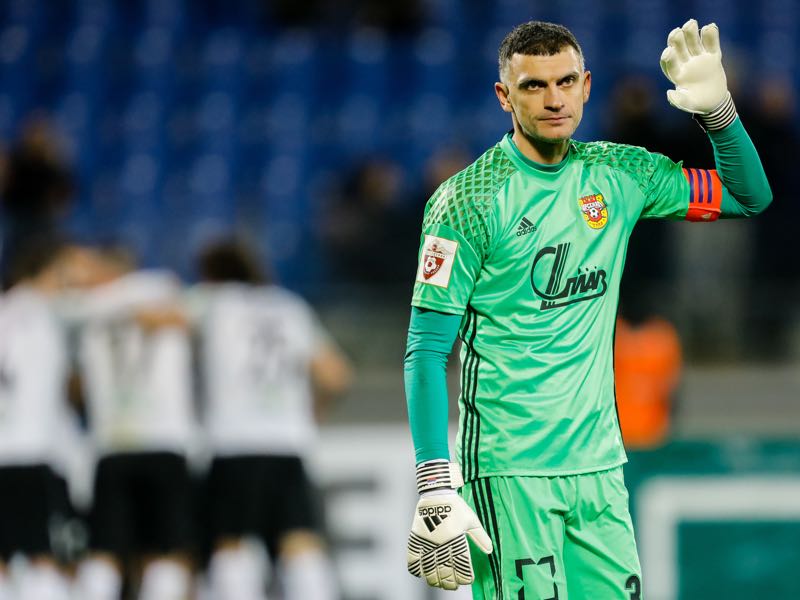 Vladimir Gabulov will make the move from mid-table side Arsenal Tula to Belgium’s top club Brugge. (Photo by Epsilon/Getty Images)

Winning a title would be nothing new for Gabulov—he won the double with CSKA Moscow in 2006. But unlike 2006, where he backed up Igor Akinfeev, this time he might have a realistic chance of winning the title as a starting goalkeeper. Brugge have rotated their goalkeepers this season playing Ludovic Butelle, the main starting keeper going into this season, Guillaume Hubert and Ethan Horvarth. Butelle is the most experienced, but his contract will expire, and it is not expected that he will stay with the club beyond this season. Hubert and Horvath, who has played the majority of the games, are talents, but the club does not necessarily see them as starting keepers yet.

This could mean that Gabulov could walk into a situation where at the nascent of his career he finds himself as the starting keeper at a Western European club. It would be a major boost for his prospects to land a much-coveted position in the Sbornaya squad for when his country hosts the World Cup next summer.

On a personal level, it would also see him bring closer to Cherchesov. A former national team keeper himself Cherchesov spent much of his career abroad playing for the likes of Dynamo Dresden, in Germany, and Tyrol Innsbruck, in Austria. But even if he does not nail down the position in the World Cup squad it would be a great roundup of a career that saw Gabulov play at a whole army of RFPL clubs throughout his career.

Starting for the likes of Dinamo Moscow, Anzhi Makhachkala, Kuban Krasnodar and Arsenal Tula has given Gabulov the experience to master any obstacle that might be thrown at him. The RFPL can be one of the most challenging leagues to navigate on a personal level not just on the field, but when negotiating with presidents and executives. With this in mind, Brugge are getting at the very least an excellent mentor for their top goalkeeping prospects.