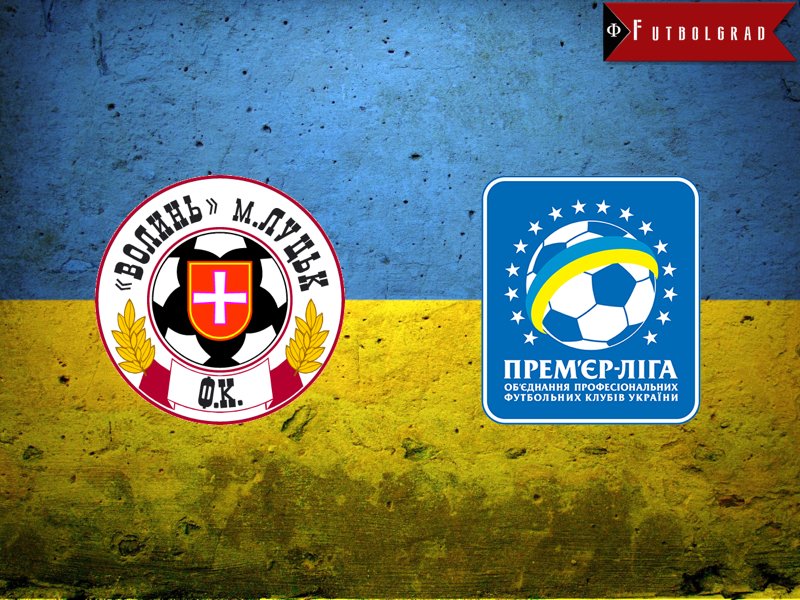 Confusion continues over the composition of the 2016-17 Ukrainian Premier League (UPL). The President of the UPL Volodymyr Heninson told Tribuna that if the league loses Metalist Kharkiv, Hoverla Uzhhorod, Volyn Lutsk, and Metalurh Zaporizhya there will be two teams promoted from the Ukrainian Persha Liga (second division) instead of one.

Zirka Kirovohrad won the Persha Liga in convincing fashion, and has already been confirmed as a member of the 2016-17 UPL. Cherkaskyi Dnipro finished second behind Kirovohrad, and the club now hopes that they can follow Kirovohrad to the UPL.

Now, however, it appears that there is some confusion over whether Volyn Lutsk will start in the UPL next season. In March Futbolgrad reported that Volyn Lutsk, which received penalties in the form of point reductions by FIFA and the Football Federation of Ukraine due to mounting debt, were to be disbanded after the 2015-16 season. The club was then supposed to be rebranded as Torpedo Lutsk in the second division in the new season. Now, however, it appears that Volyn Lutsk may continue to play in the UPL after all.

On June 1 Heninson told sport.ua that Volyn Lutsk would receive a licence for the 2016-17 UPL season after all. Heninson told the webpage “Volyn ensured that they would pay off all debts, and according to my information, the debts have been paid to most players. We have also received a letter from FIFA, which states that a player has withdrawn his claims towards the club.” In the light of this Heninson believes “that we cannot forget that Volyn is a club with history, tradition, and all the necessary infrastructure.”

Several question marks remain; however, as the club received an extension in order to complete the certification for the UPL. This means that the board of the UPL was technically in violation of league rules. Heninson, however, believes that the board acted in the best interest of the league “and was guided, first and foremost, by the interest of football. After all if Volyn had been denied a licence, none of the players currently left at the club would have earned their money. Furthermore, dozens of people employed at the club would be without a job, and the club’s academy would have to release hundreds of children.”

Another question is whether Volyn has really paid off its debts. Football agent Christoph Graf, who represents former Volyn Lutsk forward Danijel Subotić, has told the Ukrainian online magazine Terrikon that Subotić, and goalkeeper Issa Ndoye, who he had previously represented, still have not received their outstanding salaries from Volyn. Graf stated “I spoke with Subotić a week ago, he plays for Sheriff [Tiraspol] now, and he receives a salary every month. As for Volyn I have my doubts that they have repaid their debts.

Then on June 3 Heninson, however, confirmed to Terrikon that Volyn would remain in the UPL, and that Cherkaskyi Dnipro would not be promoted from the Persha Liga. According to Heninson the club paid 957,000 hrynia (€34,000) in arbitration, as well as the 900,000 hrynia (€30,000) that the club still owed to Ukrainian players based in Ukraine.

Back in January FIFA deducted 12 points from Volyn Lutsk over unpaid wages that the club owed to Ndoye and the Montenegrin striker Dušan Savić. According to Graf the club still owes debts to foreign players. With this in mind it would not be without reason to believe that FIFA could once again interfere in the internal matters of the FFU and the UPL by announcing further sanctions against Volyn Lutsk, which in theory could even include forced relegation.