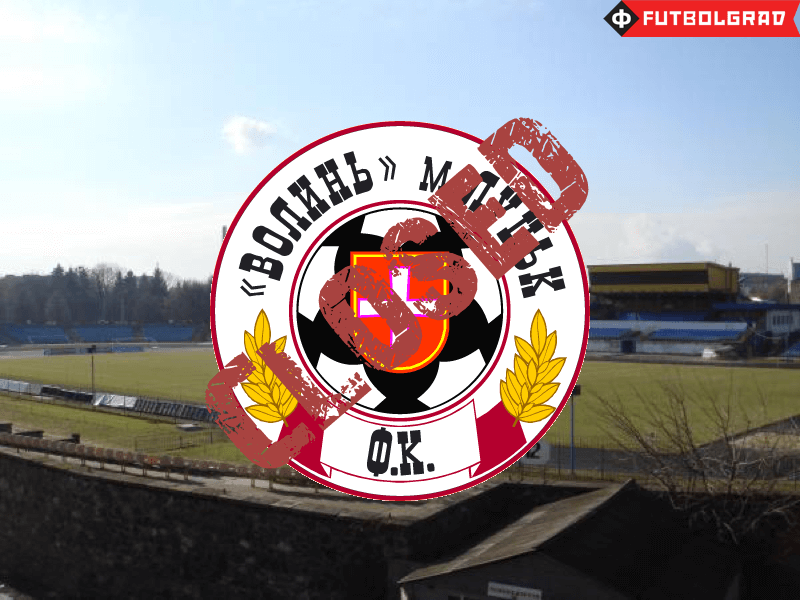 Volyn Lutsk to be Rebranded as Torpedo

Volyn Lutsk, in contention for a European spot as recently as December, are now on the brink of being dissolved.

Volyn Lutsk were already handed a 12-point deduction by FIFA in late January as a punishment over unpaid debts toward two of their former players. As the club has failed to address these outstanding debts, they have now been deducted an additional six points by the Football Federation of Ukraine (FFU).

With nine victories, three draws, and six losses, Volyn have collected 30 points this season and should be just a single point behind Dnipro Dnipropetrovsk in fifth place, a good position to qualify for next year’s Europa League. Instead, following the 18-point deduction, they are in twelfth place—well outside the European spots.

Not that it would make any difference. In early February Tribuna reported that the club’s owners made the decision not to pay their debts and begin bankruptcy proceedings. Starting next season, a new club from Lutsk—possibly named Torpedo, as Volyn were known from 1969-89—will begin play in the Druha Liha (second league)—the third division of Ukrainian professional football.

Vitaliy Kvartsyanyi, the president and manager of Volyn Lutsk, confirmed the news after his side’s cup tie on March 2 against Zorya Luhansk. He stated: “If we pay off all the debts before the end of the year, then we can stay in the Premier League. Ukrainian football, just like the rest of the country, is in agony right now. There are chances to save the club. I support the decision of our investors, who refuse to pay for what should not be paid. We were backed into a corner. FIFA’s decision is illogical. We were not even given an opportunity to challenge or to prove that the truth is on our side.”

In reality, the club did not even file an appeal with FIFA, and what Kvartsyanyi means by the ‘truth’ is anyone’s guess—no one is disputing that Volyn failed to pay the wages of two former players. Volyn midfielder Serhiy Kravchenko, however, did bring up a pertinent point. In an interview with Terrikon, Kravchenko said: “We already knew that we would face a point deduction. If FIFA makes such a decision, then what questions could you possibly have? But the other teams have just as many problems, but as it turns out, only Volyn is guilty. It doesn’t make sense.”

Kravchenko’s comments are reflective of the fact that Ukrainian clubs receive punishment only when non-Ukrainian governing bodies such as FIFA or UEFA interfere. Similarly, Dnipro have faced sanctions from UEFA for failing to pay the staff of former manager of Juande Ramos, but the FFU has failed to take any action against the struggling club.

Several players left Volyn in the transfer window, and those that stayed have not been paid in months. Nevertheless, the players remain positive, according to goalkeeper Bohdan Shust. “We all understand the situation that has developed,” he told the website ukrfootball.ua. “We just have to play and give the maximum effort in every game.” Shust also denied rumors that the players were planning a strike.

While the impending bankruptcy of Volyn is certainly another blow to Ukrainian football, the fact that plans are already in place to resurrect the club at a lower level is a silver lining and a sign of pragmatism from the club’s ownership.

“There is an opportunity to create a club from scratch, to do this the legally proper way, to change the name of the team. Start with the amateurs divisions, the second league, the first league. While the restart of Ukrainian football is occurring, we will use this time to renew the team. The most important thing is for people not to turn away from us. Patience is needed.”

While there won’t be a Volyn Lutsk in the Premier League next season, this move could ensure that football in Lutsk does not disappear altogether – and in the current state of affairs, that is already a minor victory.