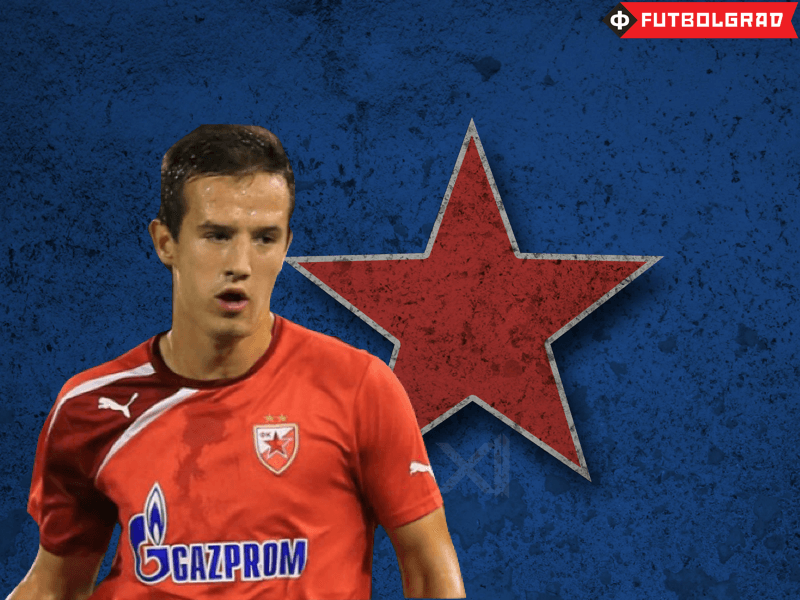 Marko Grujić’s much talked-about transfer to Liverpool FC overshadowed all of the transfer speculation regarding another Serbian talent and one of the Red Star’s brightest team members – Vukašin Jovanović.

Jovanović is a 19-year-old talented defender, who can also play in a defensive midfield role, which makes him a versatile young football player.

Vukašin Jovanović was also part of the Serbia’s U-20 national team, which were crowned world champions at the 2015 FIFA U-20 World Cup in New Zealand.

Praised for his quality performances at the tournament, Vukašin Jovanović became his nation’s hero when he knelt on the ground in tears after the last whistle in the final game against Brazil.

His tears of joy and honest emotion took the nation by storm and were seen as the testament of his dedication and commitment to his country.

This year Vukašin Jovanović has played 19 league games for Red Star Belgrade, and has been a major part of the club’s convincing SuperLiga season. Red Star are currently leading the league with 62 points after 22 rounds, and are 25 points ahead of the second placed club Čukarički.

Jovanović’s performances for both Red Star and the Serbian national team have caught the attention of many European clubs. After having been targeted by FC Girondines de Bordeaux for several months, the Serbian defender was on the verge of a Zenit move towards the end of the January transfer window, but has ultimately remained at Red Star much to his own delight.

Red Star Belgrade still find themselves in a difficult financial situation, however, and selling young talented players has been a main source of income for the Serbian club (and for the other Serbian clubs as well).

Marko Grujić’s sale to Liverpool was not enough to put the club onto a sound financial footing, so the club were forced to consider every option presented to them despite their determined effort to forge a young and competitive squad around the domestic stars such as aforementioned Grujić and Jovanović.

After weeks of negotiations with FC Girondines de Bordeaux, the talks ended in disagreement over the transfer fee. Red Star reportedly rejected the final offer of €2.2 million from the French outfit plus 20% of the future sale, stating that they would not be forced into selling their prized possession at that price.

Vukašin Jovanović – Not the next Milan Rodić 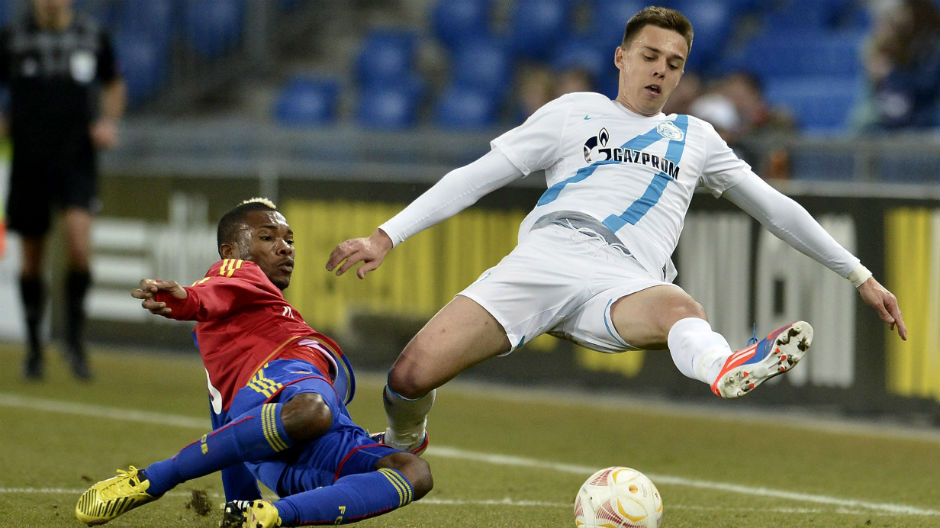 Vukašin Jovanović wanted to avoid the faith of Milan Rodić, who struggled at Zenit – Image via n1info.com

Red Star were quick to accept Zenit’s offer which was in excess of €2.5 million, thereby paving the way for their player to be transferred to Russia during winter.

But the club had underestimated the steadfastness of the young player—Vukašin Jovanović rejected Zenit’s offer because he was not satisfied with the personal terms of the offer. By rejecting the offer, he avoided the fate of Milan Rodić.

“It had nothing to do with money,” Jovanović said.

Once a hot talent himself, Milan Rodić began his career in OFK Beograd, before he moved to Zenit in 2013. The Serbian left back officially spent two years with the club, but only made five appearances during that time.

He was then loaned to Volga Nizhny Novgorod, after which he was demoted to Zenit’s second team, and then moved to Krylia Sovetov Samara in 2015.

As with Rodić, Zenit were planning to send Jovanović to their youth team for the remainder of the ongoing season, before taking him to the senior team for the next year. This is the sequence of events that the player and his agent were unwilling to accept.

Unlike Milan Rodić and most of his peers, Vukašin Jovanović decided to play it smart.

The Serbian football community has long accepted the probability of losing its brightest prospects to the lure of money and the possibility of playing abroad. Not enough thought has gone into the consequences that such a move could have on their football careers.

Rodić, a talented defender, who was regarded as one of the biggest talents in the region, never made it past his eight caps for the Serbian U-21 team or into prominence thanks to his perhaps rash decision-making.

In many ways Jovanović is similar to the Serbian superstar defender Nemanja Vidić. The two share a similar physique, but have a slightly different playing style. Jovanović’s wise decision to reject an early move abroad could lead to his becoming a worthy successor of Nemanja Vidić. Comparisons have already begun to be made, but Jovanović feels humbled by them. 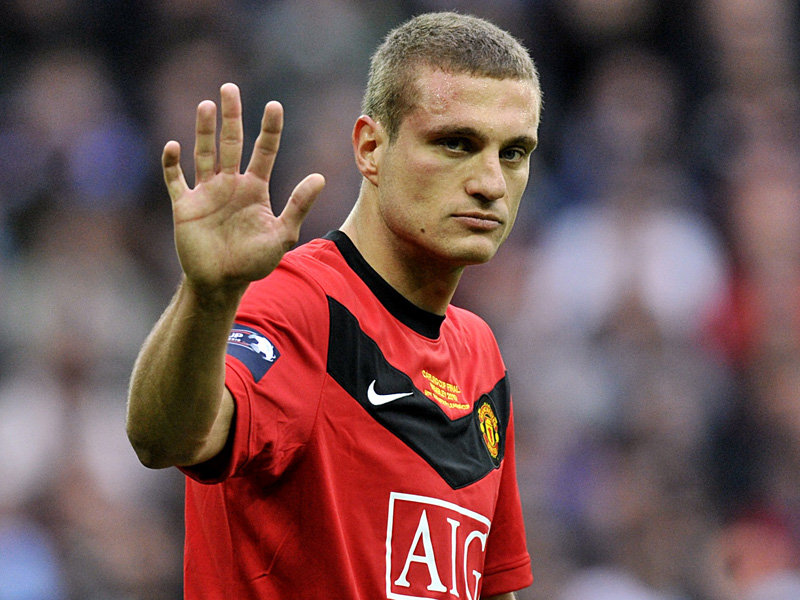 “It is way too soon to talk about it. [Vidić was a] Red Star and Manchester United captain! I need to play many more games in order to get anywhere close to his level,” said Jovanović.

Former Manchester United captain Nemanja Vidić left Serbia as a 23-year-old, mature and experienced, ready for the next chapter in his career.

When Jovanović’s proposed move to Zenit collapsed due to the fact that the Russian giants could not guarantee him a place in the starting line-up, he opted to play with Red Star for another six months, and will wait until the next transfer window for a possible move abroad.

This intelligent decision has already earned him praise from Red Star fans, who are delighted to have their defender back for the remainder of the season.

His desire is to win the national title and to help his team get into the UEFA Champions League before he starts thinking about a farewell, possibly to a big club like Juventus Turin.

The Italian team are another club which have shown interest in buying the talented Serbian defender. Juventus are reportedly monitoring the progress of the young Serbian defender, and are ready to make a move during summer. It will be interesting to see what is next for Jovanović; his recent decision to delay an early move abroad will likely turn out to have been the best move for his future development.