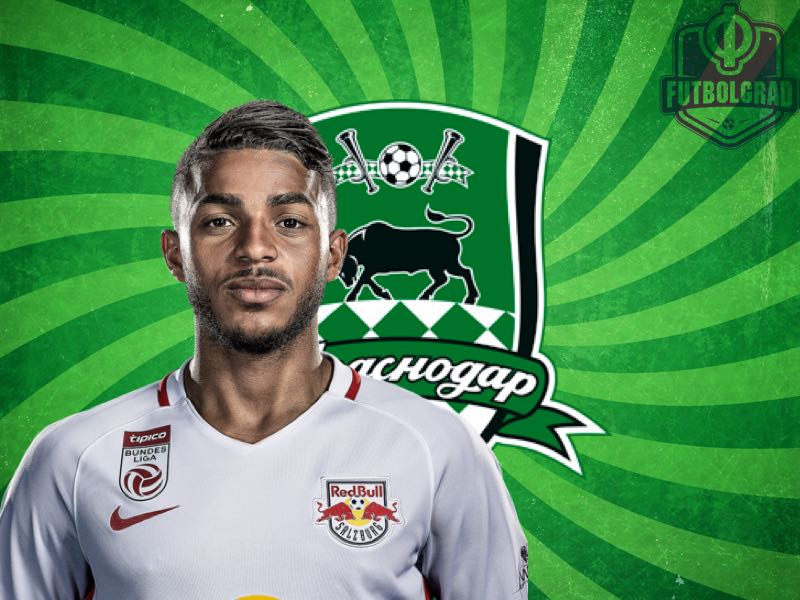 Krasnodar’s Wanderson is one of the most exciting signings of the still young Russian Football Premier League season. Signed from Red Bull Salzburg for €8 million this summer the Brazilian has become one of the club’s biggest investments in recent seasons.

The last two years Krasnodar have been somewhat inhibited by UEFA Financial Fair Play regulations. UEFA’s financial watchdogs forced laws on the Bulls that meant that Krasnodar had to break even on the transfer market. As a result of Krasnodar, despite the financial muscle of billionaire owner Sergey Galitskiy, were unable to make the kind of investments to challenge Zenit Saint Petersburg and CSKA Moscow.

Finishing third in 2015 and 2016 behind Zenit and CSKA Moscow Krasnodar were also surpassed by a resurgent Spartak Moscow, which meant that the Bulls dropped even further in the standings. Finishing fourth behind Spartak, CSKA and Zenit Krasnodar were further away than ever to fulfil Galitskiy’s dream of Champions League football. 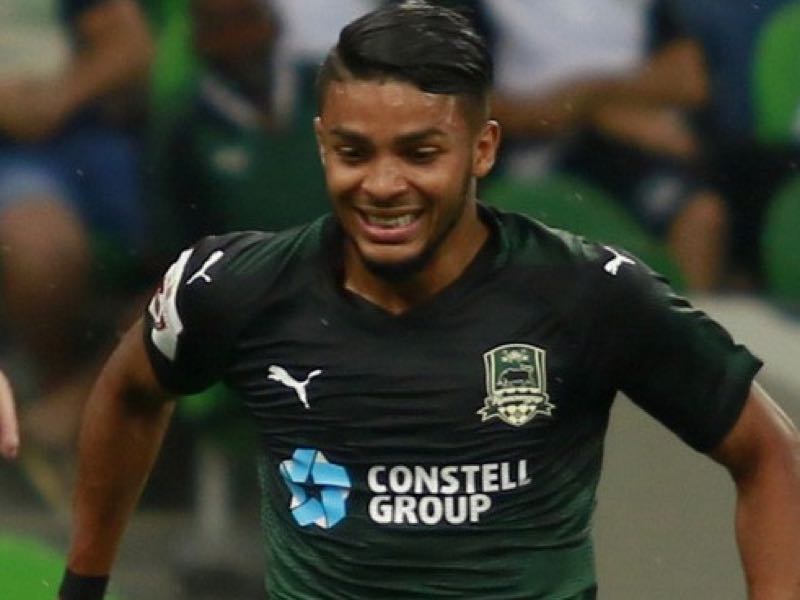 Wanderson has been kept off the scoresheet thus far. (Dmitriy Pukalik soccer.ru CC-BY-SA-3.0)

With the UEFA restrictions lifted at the beginning of this season, Krasnodar were, however, finally allowed to make investments again. The club signed Andrei Ivan for €3 million from CS Universitatea Craiova, Mihailo Ristić for €2 million from Red Star Belgrade. But the key signing was the Brazilian Wanderson.

An attacking midfielder schooled within the Red Bull system the 22-year-old Wanderson is the sort of multi purpose attacking player Krasnodar have been lacking. The Brazilian, in fact, should harmonise well with Russia’s national team striker Fedor Smolov—should he stay with the club.

Wanderson is indeed an exciting signing. A holder of a Belgium, as well as a Brazilian passport, Wanderson was schooled by Ajax Amsterdam. Wanderson joined the club when his father Wamberto played for the club. When Wamberto left the club to join Beerschot in Belgium Wanderson followed his father and went through the youth setup of his father’s club. It was then in Belgium where Wanderson received Belgium citizenship.

His football schooling in the Netherlands, Belgium and then later the Red Bull system means that he is extremely adapt to playing a high pressing attacking style football. Furthermore, Ajax and Red Bull value adaptability and Wanderson can play almost every position up front.

The Sousa Campos family, in fact, are a well established Brazilian football family. Wanderson’s older brother Danilo played for Mordovia Saransk, Metalurh Donetsk and Dnipro FC before joining Antalyaspor in the summer of 2016.

His brother’s connection to the post-Communist space may have been a major factor in Wanderson Sousa Campos making a move out east to Krasnodar this summer. Krasnodar in the meantime already had a well-established history when it comes to Brazilian footballers. In recent years the Bulls had several Brazilians on their roster, and Joãozinho and Naldo, in fact, join Wanderson on the current squad.

Football is a Family Business for the Campos Sousas

Wanderson is not even the first Wanderson in the club’s history. Wanderson Sousa Campos in fact steps into the footsteps of his compatriot Wanderson do Carmo, who left the club this summer to join Dynamo Moscow. Unlike his namesake the 22-year-old Wanderson, however, is far more capable of playing several positions up front. At Red Bull Salzburg Wanderson was used in all attacking positions but was mostly used as a support player on either wing or right behind a natural striker.

Wanderson ended up scoring five goals and 11 assists in 28 games for Red Bull Salzburg. Krasnodar will hope that his assist column will translate well to Russia—especially when playing together with Russia’s best striker Fedor Smolov.

In four Russian Football Premier League games this season, however, Wanderson has been unable to get on the score sheet. Krasnodar, in particular, have won two, lost one, and tied one game in the still young RFPL season.

While this has been a solid start, Wanderson will be somewhat disappointed with the early goings in his new surroundings. Furthermore, the Russian Football Premier League provides a significant step up for the Brazilian winger—both regarding travel, but also in terms of competition. But the main reason for his failure to produce any goals or assists at this point could be put down to the fact that Krasnodar have been without their star striker Smolov.

Smolov has been rested following his stint with the Russian national team at the 2017 FIFA Confederations Cup. A small injury further slowed down his return to the pitch. Smolov should return to the squad on Thursday when Krasnodar travel south to face Akhmat Grozny in Chechnya. In what will be a challenging game and Krasnodar, hope that the Brazilian can finally contribute for his new club.