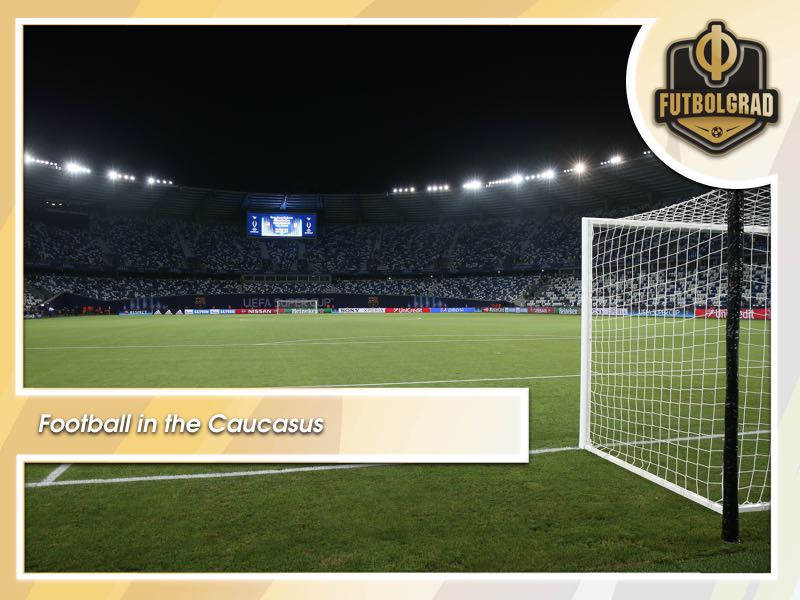 Football has had a long-running history in South Caucasus, from its inception in the early 20th century to today, persevering through many hardships that small South Caucasian nations of Georgia, Armenia, and Azerbaijan had to go through in the past century.

While it’s hard to pinpoint the exact point in history when football took its roots in the region, according to a local myth, football was introduced in South Caucasus when English sailors docked in the port city of Poti in 1906. The locals, witnessing this exotic sport played by the English for the first time, learned the rules by observation and soon Enough, a first football match took place between English sailors and Georgian residents of Poti.

Whether true or not, the fact is that in 1908 the first football club in the history of South Caucasus was formed, FC Comet, and the rest followed suit and football spread throughout the region to stay for good.

As capitalism and the private sector came marching into the previously communist region, following the dissolution of the Soviet Union, the newly founded private companies were eager to sponsor local FCs, to reach local audiences and support this regionally beloved sport.

While each nation had its own approach in sponsoring local FCs, with oil industry being among the leading FC sponsors in Azerbaijan, private banks in the case of Georgia and tourism sector in Armenia, it was online gaming operators that truly championed FC sponsorships in the Region.

Without a doubt, Georgia has no competition in the region when it comes to online gambling and betting. The country’s focus on the deregulation and tourism sector has allowed for this field to flourish, with a number of local companies emerging to take significant market share in the region. 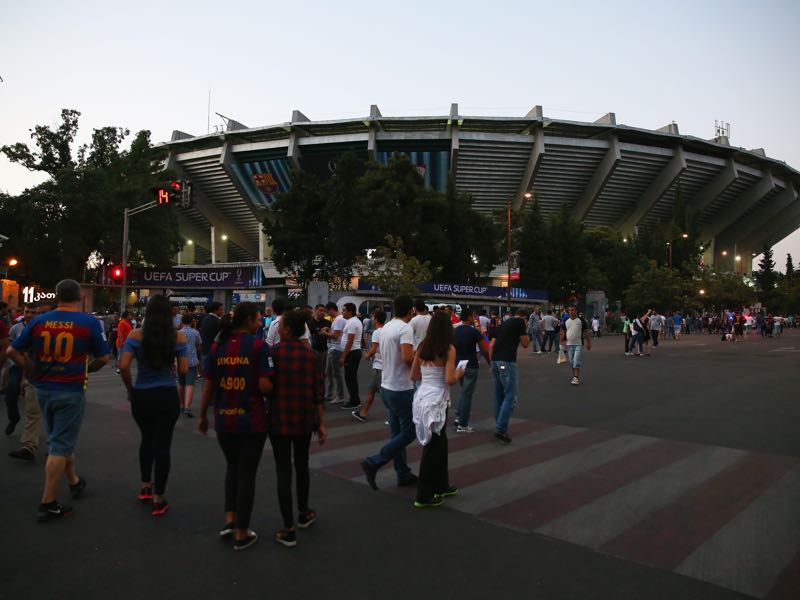 Founded in 1998, Adjarabet is the leading online gambling website in the region, with a significant presence in Armenia. It has long been an avid supporter of football in Georgia, is one of the top contributors in a variety of ways. Attracting international attention, Adjarabet was purchased by Paddy Power Betfair, a UK gambling operator, last year, which also considered purchasing an online casino in New Zealand at the time.

The oil industry has long been a locomotive of development in Azerbaijan, and football has been no exception to that. Socar – the State Oil Company of the Azerbaijani Republic, has long pursued the goal of playing an active role in football sponsorship, culminating in Socar becoming one of the general sponsors of the 2016 UEFA European Football Championship. However, it is Topaz, a single legal sports-betting gaming operator in Azerbaijan, that plays the leading role in local football development, being a top sponsor of the Azerbaijan Premier League.

In Armenia, a local online and land-based gaming operator, TotoGaming, took upon itself the role of being one of the major sponsors in Armenian football, alongside local brands from tourism industry, choosing to be a sponsor of an Armenian football club from Vanadzor – Lori FC, which can trace its roots back to 1936, being founded in Soviet Armenia.

An interesting fact to note here would be that a Chinese multinational technology company – Huawei, which has also been making its own moves in the Armenian Premier League, sponsoring FC Alashkert for three years in a row now.

The evolution of Football in the region coincided with South Caucasian nations being absorbed into the Soviet Union in the early 20th century. Yet, while the sovereignty of these nations was lost for a time, the spirit of football persevered, with players from the region demonstrating exceptional football skills and partaking in international matches, with names such as Slava Metreveli, Nikita Simonyan, Murtaz Khurtsilava, Anatoliy Banishevskiy and Ramaz Shengelia acting as living monuments to that achievement. While FCs from the region were among the most prominent in the world of Soviet football, such as FC Dinamo Tbilisi, which was among the major contenders for Soviet Top League since its inception in 1936.

With the dissolution of the Soviet Union in 1991, each of South Caucasian countries went on their own way, forming their own national football teams and local FC, many of which are continuations of clubs established nearly a century beforehand, continuing the long-running tradition of football in the region.