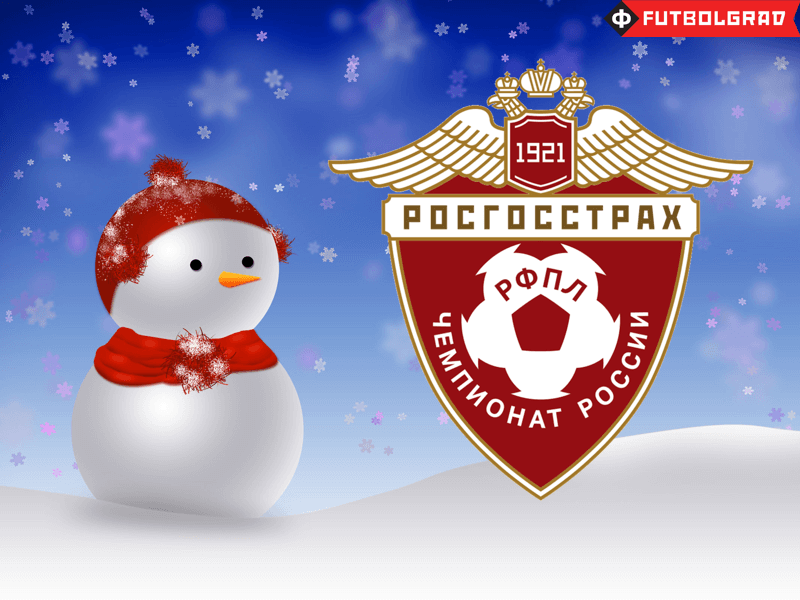 The lead-footed performances of Russian teams in Europe so far this year suggests that something needs to change when it comes to team preparation during the winter break. The Russian Football Premier League (RFPL) teams spend the long period between the start of December and late February at training camps in warmer climates, where they try to compensate for their lack of competitive winter football by scheduling friendly matches.

Their subsequent results in Europe have shown that friendlies are rarely an effective compensation for a lack of competitive football. Lokomotiv Moscow, against Fenerbahçe, and FC Krasnodar, against Sparta Praha, both exited the Europa League last week, conceding seven times and scoring just once between them over their two-legged ties. At the time of writing Zenit Saint Petersburg were still in the Champions League, and their future progress will surely be aided by the fact that Zenit will play in the Russian Cup, and also by the fact that their first league match of the calendar year is against Krasnodar. This will give Zenit the match practice they need if they are to overturn a 1-0 deficit in the second leg, which is played on March 9 in Saint Petersburg.

Hence, the major problem of Russian clubs in European fixtures is the lack of competitive football—and Futbolgrad has a solution: an official indoor winter league that features all the RFPL teams. Russia has three venues that could host this tournament: the 25,000-capacity Sports and Concert Complex (SCC) in Saint Petersburg, the 22,000-capacity Olympiyskiy Indoor Arena in Moscow, and the 3,500-capacity Manezh in Ekaterinburg. The SCC currently hosts the Commonwealth of Independent States (CIS) Cup every January, along with the Granatkin Memorial. The Olympiyskiy has hosted CIS Cup games—almost 25000 saw Dinamo Kyiv beat Spartak Moscow in the final there in 2002. The impressive new indoor arena in Ekaterinburg, which was opened in 2013, has hosted Premier League games, but a capacity of just 3,500 means the venues in Russia’s two most important cities would be preferable. 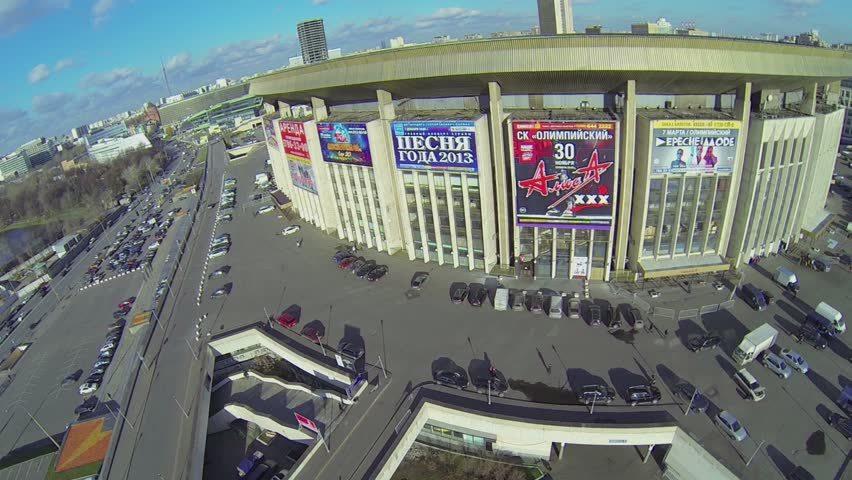 The Olympiyskiy Arena in Moscow – Image via Shutterstock

With these two main centers as venues it would be logical to break the Winter Premier League into two groups. For example, Group A would play their games in Saint Petersburg, and Group B in Moscow. The groups would each be comprised of four teams from the top half of the Premier League and four from the bottom half as things stand when the league breaks in December. 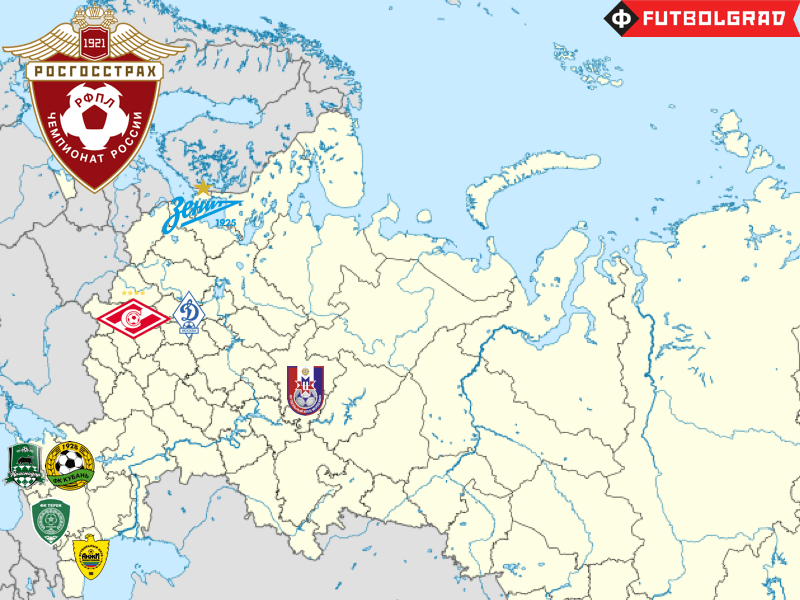 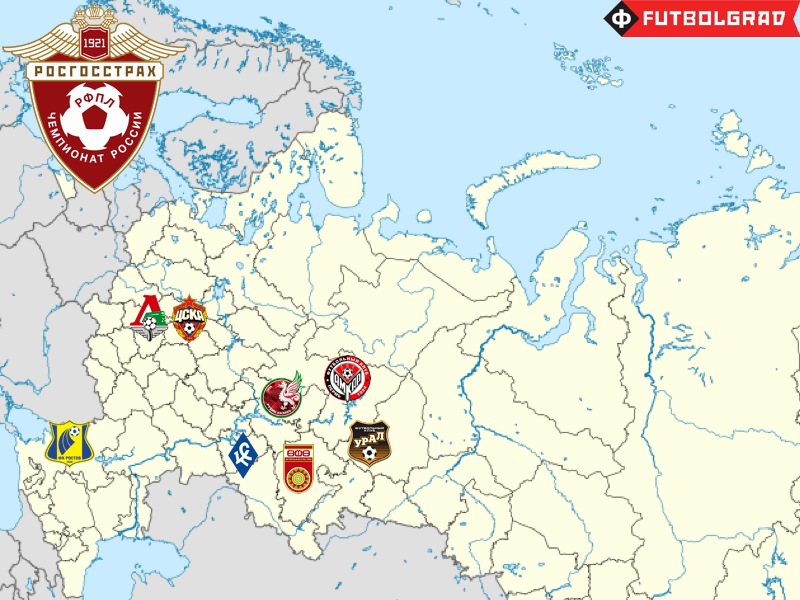 The Format of the Winter Football Premier League

Each team would play each other once, which would add seven more games to the league calendar, plus a final that would be played between the two teams that finished top of their respective groups. The Winter Premier League could become a meaningful part of the season. In order to ensure that clubs take this tournament seriously, the winning club could be awarded with qualification to the Europa League.

So when would it take place? The vast expanse of football-less time in Russia early in the New Year seems best—this year, for example, there are eight weekends between 9-10 January and 27-28 February. Playing one or two midweek rounds could accommodate the late February winter league games. This would mean that Russian players would have to spend the festive season training, but they already play at other times when there are public holidays—and would also get most of December off.

The proposal is radical, but seems to tick off most boxes: Russian teams—and Russian players—get meaningful match practice during the winter months. Also, the fans get domestic football right from late July until May (minus the month break in December). This may sound like plenty of football, but the combined total of 38 games (30 in the Premier League, 7 plus one final match in the Winter Premier League) is the same amount of football that English Premier League teams play. Venue restrictions mean the Winter Premier League would only be held in two cities, but more could be added as long-awaited indoor arenas are built. Indeed, the new league would provide the impetus to get these built more quickly. 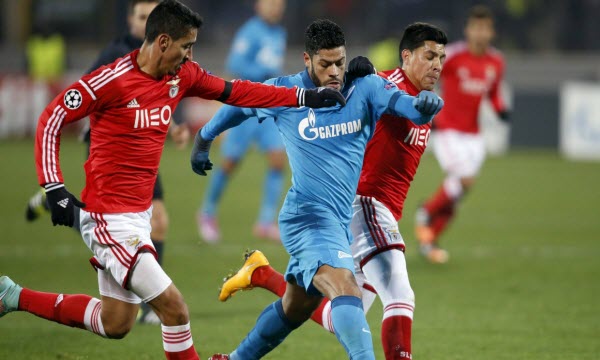 Despite being the favourite in the Round of 16 vs Benfica Zenit struggled in Lisbon – Image via ibongda.vn

This addition to the calendar would mean that clubs like Zenit or CSKA Moscow would go into the February Champions League round of 16 game every bit as match sharp as their opponents, having just played a league game against Spartak Moscow or Terek Grozny. Russian fans would have also have had some meaningful football to follow during the winter, and Match TV would be provided with a better football product than the usual January and February pre-season friendly tournaments.

It seems to be an idea with legs, and Futbolgrad would be interested to know what other Russian football fans (both inside and outside the country) think.

Saul Pope has been following Russian football since the mid nineties, and first saw a live game in 1998 (Zenit Saint Petersburg vs Shinnik Yaroslavl’). He has been contributing to When Saturday Comes magazine for over a decade, with a particular focus on social, economic and political issues surrounding the game in Russia and, to a lesser extent, Ukraine. He has a particular passion for teams in and around St. Petersburg. A fluent Russian speaker, he graduated from the University of Surrey with a Master’s degree in the language. He lives in the UK, but travels back to Russia on a regular basis. You can follow Saul on Twitter @SaulPope.