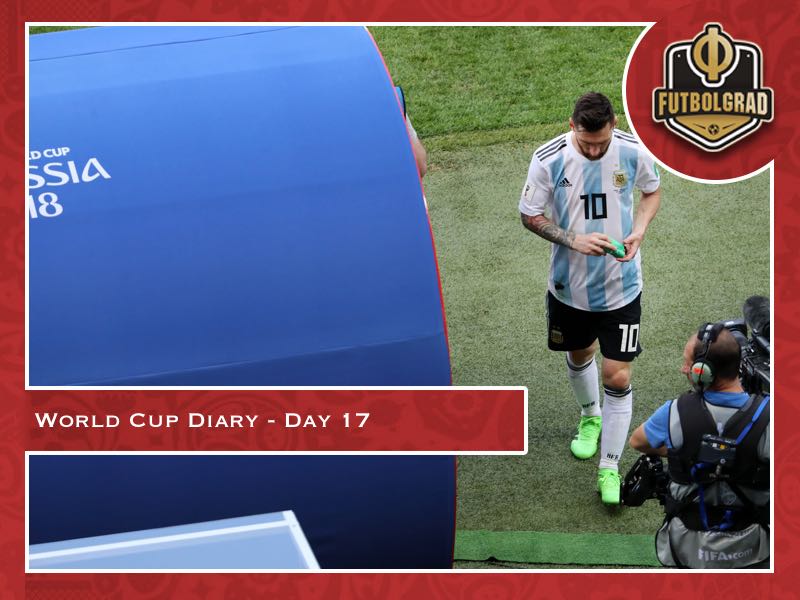 After a day off the World Cup was back on today with France facing Lionel Messi and Argentina and Uruguay playing Cristiano Ronaldo and Portugal. Both Argentina and Portugal have been very dependent on their respective superstars, and both those countries were eliminated today in what has been an exciting day of football.

There was a sense after Argentina’s 2-1 victory over Nigeria that, maybe, just maybe, La albiceleste could resurrect itself and challenge for the title after all. At a closer glance reports from the Argentina camp, suggested that head coach Jorge Sampaoli was more or less relieved of his duties and that the players were running the show – with Lionel Messi dictating much of the starting line-up.

With Messi seemingly in charge, Gonzalo Higuaín and Kun Agüero were left out of the starting lineup. That said the top three, Angel di Maria, Messi and Cristian Pavón still provided Argentina with a mouth-watering attacking formation.

Ultimately, the team, however, was top heavy. Although there is plenty of talent available the backline is porous, which was demonstrated by Kylian Mbappé, who managed to make countless runs into Argentina’s box. Goalkeeping was also an issue with Franco Armani conceding four goals on four France shots on targets.

What Argentina lacked was a clear strategy. Jorge Sampaoli demonstrated with Chile that he is an excellent tactical coach. But he needs players that buy into his ideas and at Chile that was the case as he took a generation of players from the youth level and formed them into a successful unit. The stars in the Argentina side, however, never bought into his strategy and with the FA in tatters, there was no clear direction for the side from the upper management to follow the head coach.

Argentina will now have to undergo a painful rebuilding process. Whether Sampaoli will be allowed to stay remains to be seen. But it is unlikely that the Argentine FA can pay out his compensation of $20 million, which they would own him for releasing him out of his contract. Another question will be Messi. Will he stay or will he go? Retiring in 2016 he may chose to do the same once again this time for good.

Portugal and Cristiano Ronaldo have finally been punished for one and a half tournaments of anti-football. Uruguay finally punished Fernando Santos’ defensive approach and heavy reliance on Cristiano Ronaldo and short bursts of magic by the likes of Ricardo Quaresma.

Perhaps the biggest irony of Cristiano Ronaldo and Portugal going out is that the side were beaten with their own weapons. Uruguay executed a fantastic game plan sitting deep and hitting Portugal in the transition game.

For Cristiano Ronaldo, this may have been his last shot at winning at the world’s biggest stage. Already the title at the Euros two years ago was considered a bit of a fluke and although this Portugal side is talented, the team was never considered among the top favourites to go all the way.

Going all the way could be tough for Uruguay as well. La Celeste, however, have now won four games in a row at a World Cup. A feat that they have not accomplished since 1930 when the tiny South American country won the inaugural World Cup as the host nation.

Russia in action against Spain

Speaking of the host nation. Russia will be in action against Spain on Sunday. The Sbornaya are considered a significant outsider in that match with Spain among the countries tipped by many to win the tournament.

But there is a chance for Russia. Spain likes to tire out its opponents with its endless passing game. Russia, however, have shown that they are incredibly fit at this tournament and are unlikely to be tired out by Spain endlessly circulating the ball. 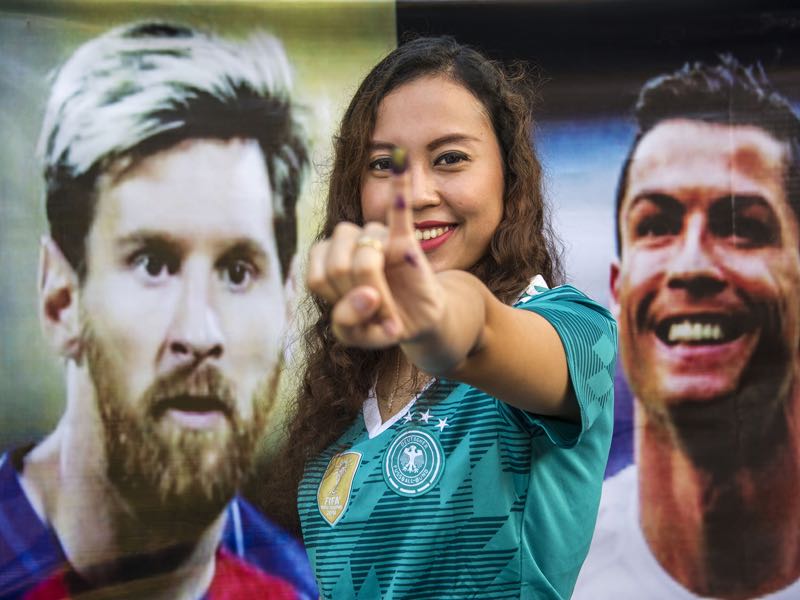 Furthermore, Spain have offered space on each flank in all the games at this tournament thus far. Hence, with discipline, a fantastic work rate, as well as home support Russia may be able to pull an upset. The Futbolgrad Network will be at that game, and we will provide a full match report as well as post-match analysis.

That pretty much sums up day 16 and 17 at this World Cup. We will be back tomorrow with more match coverage. Until then privet from Moscow.