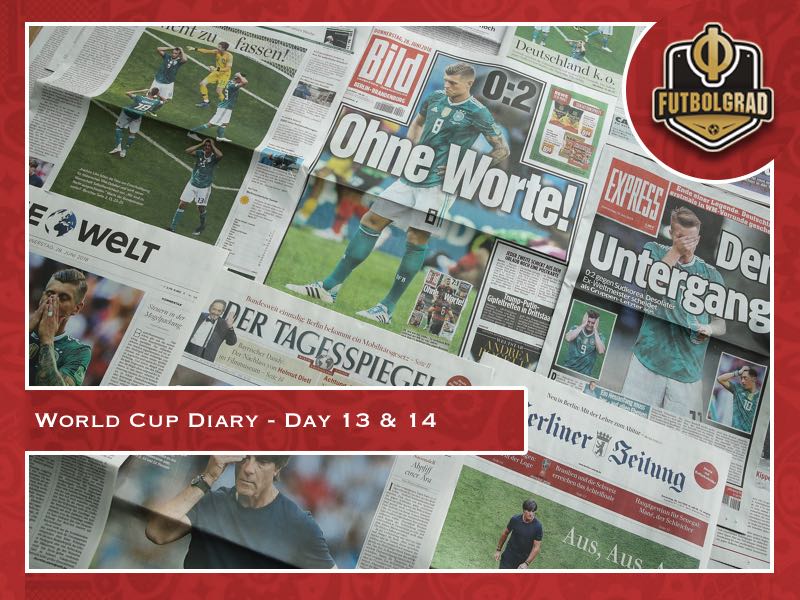 The curse of the world champion has struck again. South Korea vs Germany ended with the Taegeuk Warriors sensationally defeating the four times World Cup winners. It was altogether a historic night in Kazan as Germany, for the first time since 1938, failed to make it among the last eight of the World Cup.

What went wrong? Once again Bundestrainer Joachim Löw had rotated his side. Back in came the much criticised Mesut Özil. He was joined by Sami Khedira and Leon Goretzka, who came on for Thomas Müller. Mats Hummels also made it back into the side after an injury replacing the suspended Jérôme Boateng. Niklas Süle, in the meantime, replaced Antonio Rüdiger.

It was a rotation that did not seem to follow much of a plan. In retrospect going with a formation more similar to the one that started against Sweden may have been smarter. Overall, Löw fielded 20 different players in the first three matches. The rotation highlight that several players were not fit but also that the Bundestrainer to often second-guessed his decisions.

Unsure about his strategy and match plan Löw coached Germany out of this tournament. Many may point towards the non-selection of Manchester City star Leroy Sané as a major reason.

Sané’s omission is definitely a small part of the big picture. The biggest question, however, is why did Löw not trust the 2017 generation. 14 Confederations Cup winners were in this side but only Timo Werner played a significant role. Last summer Germany surprised the world with fascinating football produced by what was labelled, perhaps wrongly, a second string side.

The truth is that 2017 team should have been the foundation of this tournament. The World Cup winners seemed sluggish and not motivated enough to carry this team. Furthermore, why did Löw not trust the 3-5-2 formation that was so very successful last summer? Again those are questions that need to be part of an inquiry in how this team is going to go forward.

Die Mannschaft damaged but not broken

Perhaps the oddest thing about this World Cup exit is that fundamentally German football is healthy. The national team was not at an end of a cycle like it was the case with France, Italy and Spain, who all failed to make it out of a group stage after winning a World Cup.

The Bundesliga and German football in general still produce plenty of talented players and dissecting this team player by player die Mannschaft should have done much better than the three points collected against Mexico, Sweden and South Korea. At the very top is the question of Joachim Löw. The Bundestrainer is damaged and it is difficult to imagine him continue after overseeing the greatest disaster in German football history.

At the same time, Löw also oversaw a successful title challenge four years ago. But since then Germany disappointed at Euro 2016 and just one title in the 12 years in charge of a highly talented team could be seen as a disappointment.

Should he, therefore, step down? Perhaps it is time for a change. Löw failed to make the next step with this team to evolve a talented bunch of players and keep pace with the developments in world football. But,  who could take charge now? The most logical answer would be Jürgen Klopp but it is doubtful that the Liverpool head coach will end his project in England to take over Germany at this time.

Hence, with no replacement in sight, Germany may very well be stuck with Löw. Changes, however, may still be necessary and could involve team manager Oliver Bierhoff and the coaching staff by and large.

At the end of the day, South Korea vs Germany must act like a watershed moment for German football much like the catastrophic Euro 2004 campaign in Portugal. But unlike the early 2000s, Germany does not need a revolution but rather an evolution. 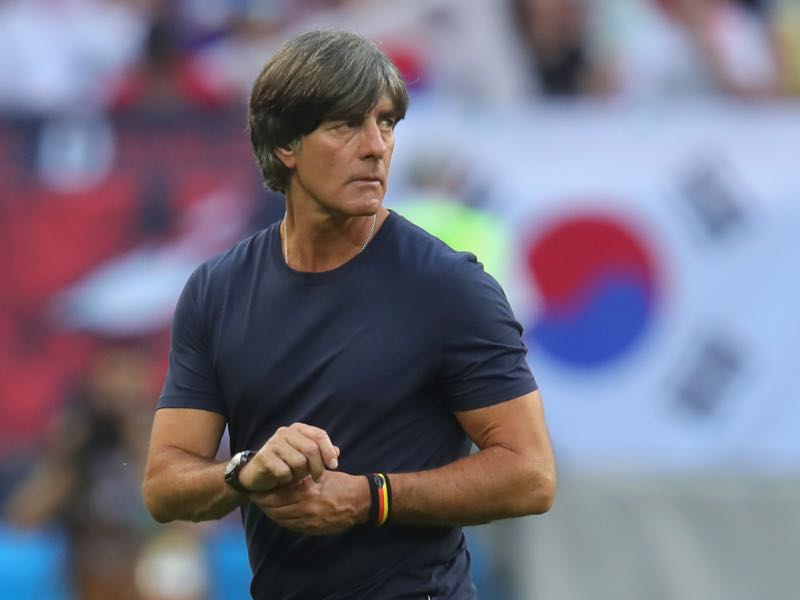 After South Korea vs Germany does Joachim Löw still have a future with die Mannschaft? (Photo by Alexander Hassenstein/Getty Images, )

Everything needs to be questioned now from the competitiveness of the Bundesliga to Germany’s youth academies. The Bundesliga needs more natural challengers to Bayern’s hegemony and youth development needs to develop more characters.

Finally, Löw, if he is allowed to stay has to be consequential now and cut many of the 2014 heroes and refresh this side.

The long road back from Kazan to Moscow

On a personal level this was a long trip to see 90 minutes of football. South Korea vs Germany was a sensational experience and despite Germany losing this was a fascinating experience.

After all the Futbolgrad Network was present when World Cup history was written. Going forward much of our attention will be on the two other remaining Futbolgrad Network teams – Russia and Croatia, who are still present at this tournament.

I will be at the Luzhniki when Spain face Russia and until then privet from Moscow.

Loading...
Newer Post
Has Bayern’s six year dominance helped to stifle German football?
Older Post
The Three Lions or the Red Devils, who comes out on top of Group G?