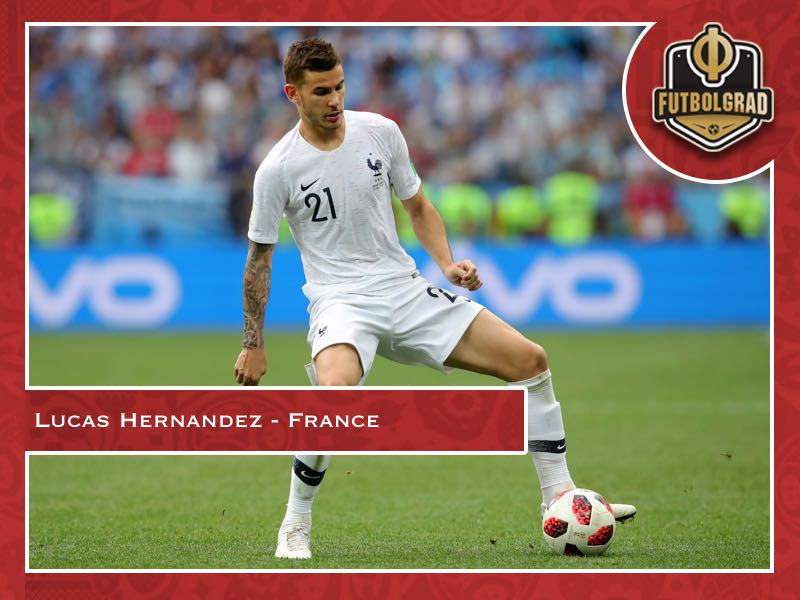 Ahead of the 2018 FIFA World Cup semifinals, we look at some of the unsung heroes at the tournament. Up first is France’s left-back Lucas Hernandez.

In the months ahead of the final selection for the France squad for the 2018 FIFA World Cup in Russia, France head coach Didier Deschamps had already most of the players selected in his mind with only doubts in certain positions.

Deschamps has been consistent with his squad selection and only adding or removing players based on form and to keep the balance of the team, the famous groupe France. At no point in his role as a national team manager, he selected players that could break this balance, one of the reasons why players like Frank Ribery or Karim Benzema have failed to appear in his list over the past few years.

One of the positions in which Deschamps was not wholly sure was the left back position of his usual formation. One solution that came for Deschamps squad selection is Atletico de Madrid’s defender, Lucas Hernandez. The young Marseille-born defender was a late choice, only appearing for the first time in a French call-up in March 2018 for friendlies against Russia and Colombia.

Lucas Hernandez could have played for both France and Spain

Although Hernandez was a regular in France’s youth national team, it took him a while to decide to play for his father’s country while his younger brother Theo still has not decided – both were eligible to play for both France and Spain. Before he decided to join Deschamps squad, Lucas had filled all the paperwork to request the Spanish citizenship to play for La Roja.

To accept a potential call for the Spanish national team, he would have to renounce his French citizenship because Spain only allows the citizens of certain countries to have double citizenship. France came close to losing the player who is now the first choice on the squad that has been doing remarkable stuff at the World Cup. Like Aymeric Laporte before him, Hernandez chose to play for Deschamps and now is only one game away from reaching the World Cup final.

The son of former Marseille and Atletico de Madrid defender Jean-Francois Hernandez, Lucas made his debut for Atlético during the 2014/15 season. A polyvalent player Hernandez can play both as a centre-back or left back – the position that he is currently playing for Les Bleus.

The relationship between Hernandez and his club coach is a strong one with both Simeone and Hernandez being quoted praising each other and is part of the reasons why unlike his younger brother that signed for arch-rivals Real Madrid, Lucas decided to stay at ‘home’. 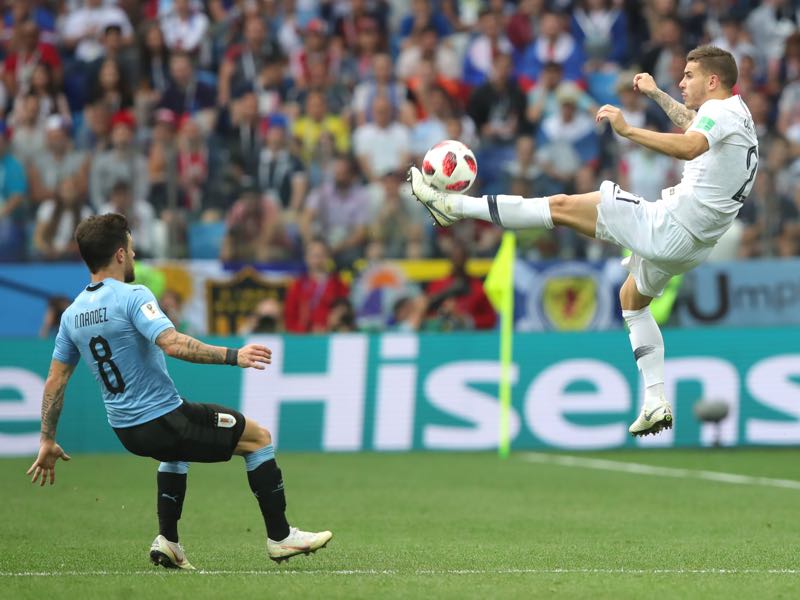 Our colleagues from SB Nation blog Into the Calderon have an interesting article about the family history and the new rivalry between brothers, one that might be taken onto the national level if Theo ends up in the Spanish national team.

An intelligent player, Lucas Hernandez has used his speed and combativity for France and has been amongst their most regular and exciting players during the tournament both defensive and offensive wise. Having not only defended well but also collaborating with an assist for Benjamin Pavard’s goal against Argentina.

Being coached by Diego Simeone since his debut for Atletico de Madrid, Hernandez is known for his aggressiveness, his constant sacrifice for the collective and the self-confidence but also by a touch of vice.

Vice that he might have learned from his coach Diego Simeone or some of his South American teammates at Atletico de Madrid, and differently from other players in this World Cup this vice has been extremely helpful for the French national team results.

If before the World Cup, Lucas spot in the first team was only due to the lack of form of Benjamin Mendy he has now cemented his position. To quote Simeone, “Hernandez has opened the door for himself in Didier Deschamps’ mind.” We will see him next in action against Belgium.