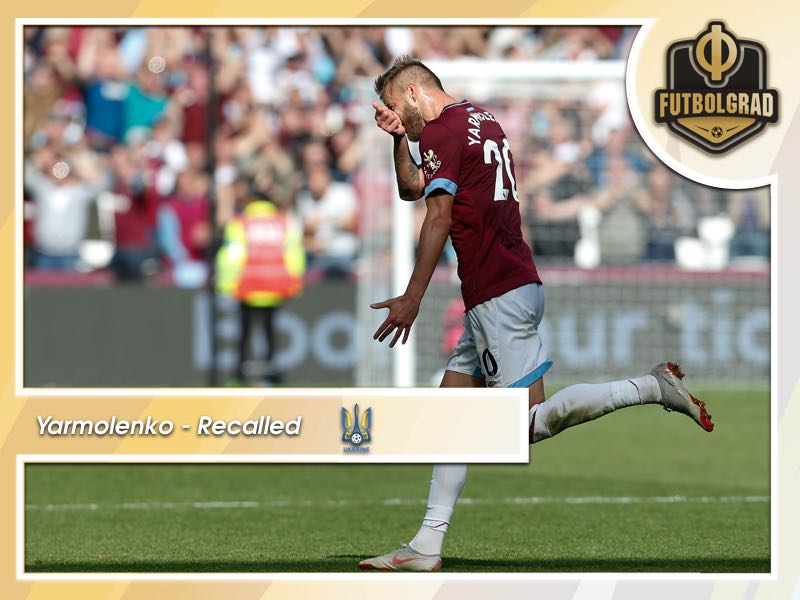 Yarmolenko Recalled for Euro 2020 Qualifiers, but should he start?

Following a disappointing season with German club Borussia Dortmund in 2017/18, Ukrainian winger Andriy Yarmolenko sought employment at other European clubs. Yarmolenko made 26 appearances, scored six goals and registered six assists across the Bundesliga, DFB-Pokal and the UEFA Champions League. A series of injuries, however, prevented him from achieving his true potential.

On July 11, English club West Ham United announced they had purchased the winger from Borussia Dortmund. Both parties were excited with the new opportunity, and following Yarmolenko’s first start on September 16 in a match against Everton, in which he scored a brace, the future seemed promising for the Ukrainian.

His season was cut short, however, as he suffered an Achilles tear on October 20 in a match against Tottenham Hotspur. The injury saw him ruled out for the rest of the 2018/19 season.

During his absence, West Ham would finish the 2018/19 English Premier League table in tenth. Outside of club football, Yarmolenko’s native Ukraine won their group in the inaugural UEFA Nations League. This achievement saw them promoted to the competition’s prestigious League A, as well as gaining a place in the Euro 2020 playoffs.

Also, Ukraine opened their Euro 2020 qualification campaign with two road matches against Portugal and Luxembourg. The Zbirnawould earn four points from a possible six, and these results put them in prime position ahead of the next round of European qualifiers in June.

Ukraine will face Serbia and Luxembourg on Matchdays 3 and 4 in Euro 2020 Qualification Group B, where both matches will take place in Lviv. 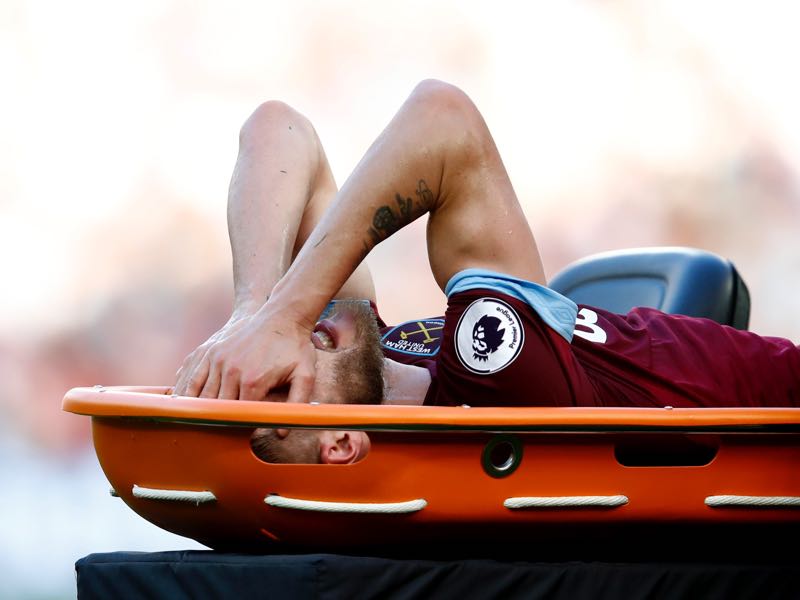 Andriy Yarmolenko of West Ham United reacts to a injury during the Premier League match between West Ham United and Tottenham Hotspur at London Stadium on October 20, 2018 in London, United Kingdom. (Photo by Julian Finney/Getty Images)

As the Zbirna prepare for these matches, Ukrainian manager Andriy Shevchenko announced a preliminary list of players who were called to represent their national team for the upcoming fixtures in June. The list included Yarmolenko, but given his long-term absence and the stakes of the competition, should the winger start?

Ukraine will face a difficult Serbian side on Matchday 3. The Orlovi opened their qualification campaign with a difficult draw on the road to Portugal. The Serbs currently sit in fourth place in Group B, although they have a game in hand. Should they defeat Ukraine on June 7, this could potentially see Serbia take control of Group B. Given the stakes, the Zbirnawill need to field a fully fit and strong squad for this fixture.

Yarmolenko has not played since October

While Yarmolenko is the Ukrainian national team’s current leading goal scorer, he has not played in a competitive fixture for either club or country since October 2018. In contrast, the majority of his squad mates, as well as the opponents he will face from the Serbian national team, will have completed their respective club seasons this May. As a result, the players for both Ukraine and Serbia will be fully fit for this fixture. Should Yarmolenko feature, it is likely he would struggle in this match and would need to rebuild his confidence and ability on the ball.

On the other hand, the absence and creativity of Yarmolenko in the matches against Portugal and Luxembourg were very noticeable. Shevchenko tried to compensate for this loss by playing Marlos and then Viktor Tsyhankov in Yarmolenko’s absence, yet neither substitute prevailed. Due to their inability to replicate the winger, Ukraine heavily relied upon Yevhen Konoplyanka. This reliance on Konoplyanka was exposed by Ukraine’s opponents in both of their opening Euro 2020 qualifying matches, yet somehow the Zbirna prevailed.

Overall, it will be a difficult decision for Shevchenko to make. Yarmolenko will need game time to ease his way back to full match fitness, however, starting him against a difficult Serbian side could see him struggle and face unwarranted criticism from Ukrainian football fans.

The match against Serbia is still three weeks away, but Shevchenko will need to think of his options soon. Otherwise, the Zbirnamay be in for a challenging ride on Euro 2020 Qualification Group B Matchday 3.