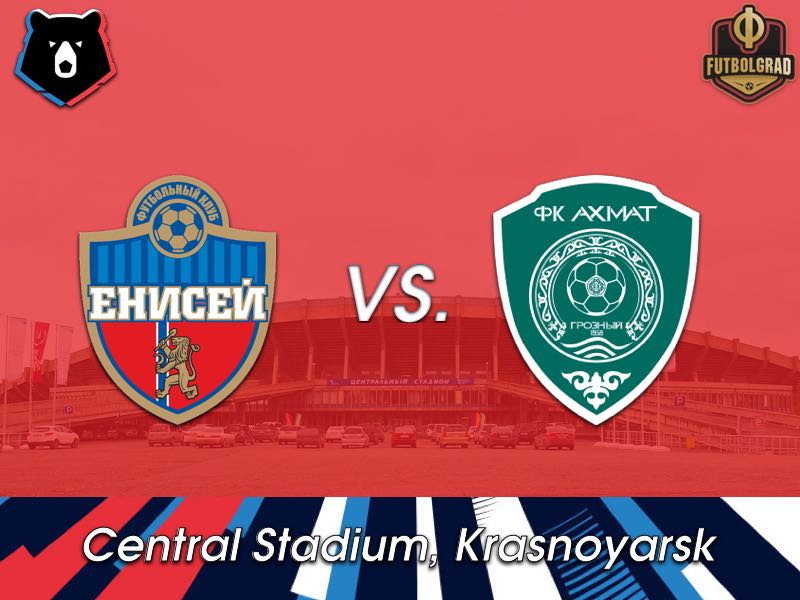 Yenisey and Akhmat brace for Arctic temperatures in Krasnoyarsk 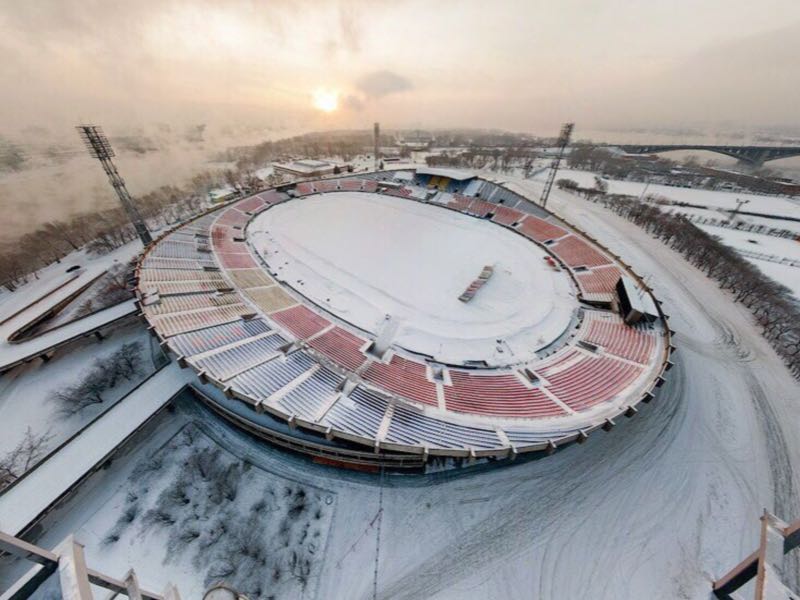 It is perhaps the most controversial match of matchday 15. Yenisey Krasnoyarsk will face Akhmat Grozny at the Central Stadium in Krasnoyarsk on December 1.

The controversy, however, does not stem from any form of rivalry between the two clubs. In fact, anyone crazy enough to drive from Grozny to Krasnoyarsk would have to do so on 4846 km of bumpy Russian roads all the way up the Caspian Sea through Central Russia and then halfway through Siberia. Even a flight would take about 11 hours due to the lack of direct connections between the two cities.

Culturally the two cities are also far removed. While Grozny is deeply embedded in Islam and is located in the Caucasus Krasnoyarsk is a town that was founded in 1628 by Cossacks looking to colonise the area for the Russian Empire.

Finally, on the pitch, the two also have very little reason for any controversy. The clubs met for the first time in the Russian Premier Liga on matchday 2 on August 5, with Akhmat winning a relatively dull affair 1-0 at home. Founded in 1937 as Lokomotiv Krasnoyarsk the club spent almost its entire existence in the Soviet and Russian lower leagues and only reached promotion to the second division at the end of the 2009 season. The following season the club was renamed Yenisey-Metalurg Krasnoyarsk and then in 2011 simply Yenisey (after the local river).

Instead of a sporting rivalry, the controversy behind this match is the weather. Metrologists expect that temperatures will drop to -17 degrees Celsius on Saturday afternoon and the temperature could go even as low as -24 according to Russian Football News.

The Russian winter has been a major problem in Russian football since the country made the switch from the spring to fall schedule to the fall to the next spring schedule, which is used in most European countries, during the 2011/12 season. As a result, of the switch, Russian football takes a three-month-long winter break from mid-December to March.

Even with the three-month-long winter break, however, games have to be played in cold temperatures. For example, UEFA competitions, which includes five Russian clubs this season (Lokomotiv, CSKA in the Champions League and Krasnodar, Spartak as well as Zenit in the Europa League) will be played all the way into mid-December this season and in Russia that means temperatures well below zero.

Thanks to the World Cup big teams in Moscow and St. Petersburg (the Krestovsky has a retractable roof) for the most part have facilities that can deal with low temperatures. Krasnodar, in the meantime, is located further south where low temperatures are not a problem until later in December.

In Siberia, however, where Krasnoyarsk are located temperatures can easily drop below minus 20. During the time of the Soviet Union teams playing in colder climates often saw their home games moved to places like Tashkent, Tbilisi, Sochi and even Batumi. In fact, with a little planning, the Russian football authorities could have switched the home right of this match.

The weather in Grozny is expected to be around -3 degrees Celsius on Saturday, not ideal but better than the expected weather in Krasnoyarsk. Another option would have been to move the game into an indoor facility, but that move was vetoed by the Russian Premier Liga, however. As a result, of the weather, there is now a chance that the game could be cancelled altogether.

“We wanted to play in a comfortable environment, both for fans and players of both teams. But there is a solution, we have an obligation to the League,” Denis Petrovsky told the Russian media on Thursday. “At the moment we are preparing for the match at the Central Stadium. In order to minimize discomfort for fans, we have decided that the game would be on free tickets,” Petrovsky added.“We played in the Russian Cup under similar weather conditions against Krylya Sovetov, and five thousand spectators showed up to that game.

As for moving the game that would not be possible until the day of the match. “The game can only be moved to a reserve day if the weather is deemed unsuitable on the day of the match,” Petrovsky concluded. For now, it looks like the game will take place on Saturday, which in turn has led to Yenisey making a tongue in cheek gesture towards CONMEBOL offering the Central Stadium in Krasnoyarsk to host the postponed Copa Libertadores final.

You can play on our stadium for finale #Libertadores2018. It will be unforgettable – snow, felt boots and fur hats!🔥 pic.twitter.com/Uynag89Iri

Jokes aside this will be an important game for Yenisey. The Siberian club is spending its first season in the Russian Premier Liga, and Krasnoyarsk have collected just nine points from the first 15 games. The three teams ahead in standings, Ufa, Anzhi and Kryliya Sovetov, are all on 14 points and Dinamo Moscow, which occupies the only none-direct relegation spot is on 16.

Akhmat, in the meantime, are in the tenth spot with 19 points. Coached by Rashid Rakhimov the Grozny side is just four points behind a Europa League spot. Like many clubs in the Russian Premier Liga, Akhmat have struggled for inconsistency and have not won two games in a row since matchday six and seven when they beat Ufa and Spartak 2-1.

Nonetheless, Akhmat will be favourites on Saturday, should the match go ahead. But games in the cold are always difficult to predict, and the match could have many twists and turns even before it is kicked off.

Yenisey vs Akhmat Grozny – Players to look out for:

Fegor Ogude will be Yenisey’s key player. The Nigerian anchors the midfield of the Siberian side and with Alenichev preferring a 4-1-4-1 lineup will be key to Yenisey’s success. 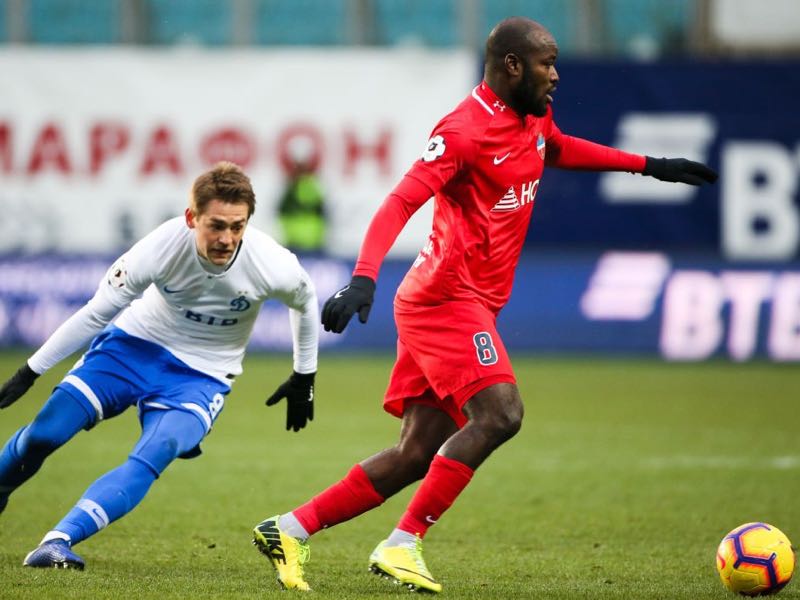 Brazilian attacking midfielder Ravanelli will be the player to watch in the Siberian cold. Signed from Ponte Preta in the summer of 2017 the Brazilian has somewhat struggled for playing time this season but has been a main fixture in the squad in the last four games. 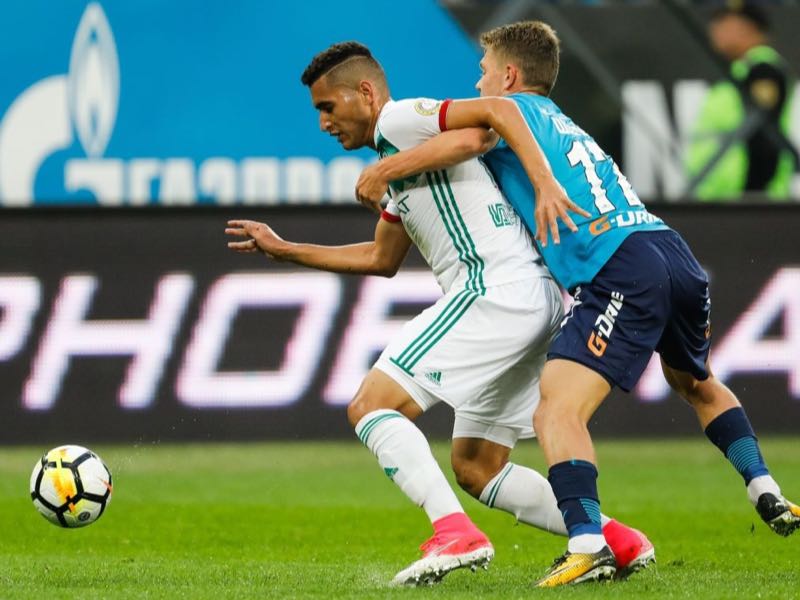