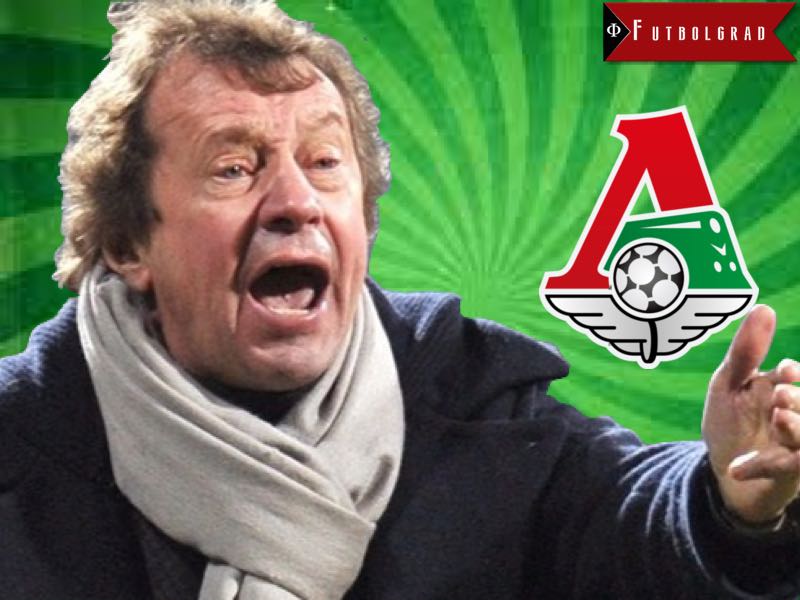 Yuri Semin Guides Lokomotiv Back to the Top

The conclusion of matchday 14 of the Russian Football Premier League brought a major surprise. Lokomotiv Moscow, coached by legend Yuri Semin, capitalised from the 0-0 draw in the Russian Clasico between CSKA Moscow and Zenit Saint Petersburg and took first place by beating FC Krasnodar on Monday.

Lokomotiv have not been in first place since 2004 when, you guessed it, Yuri Semin was also the head coach of the club. Semin, in fact, coached the club from 1992 to 2005 and won four Russian Cups and two Russian Football Premier League titles with the side.

Under the guidance of Semin Lokomotiv managed to step out from the shadow of the other big Moscow clubs, Spartak, Dinamo, CSKA and Torpedo, to become not only force in Russia football, but also in Europe. Under Yuri Semin, Lokomotiv reached the semi-final of the UEFA Cup Winners’ Cup in 1998 and 1999. Both times the side narrowly missed out on reaching the final being eliminated 3-1 on aggregate by Stuttgart in 1998 and by 1-1 on aggregate by Lazio in 1999.

For some Lokomotiv was even the most modern club in the country when the Russian Railways financed the first modern football arena in Russia. Opened in 2002 the Lokomotiv Stadium saw the club increase its attendance and popularity in the country and by many accounts also abroad where Lokomotiv is one of the most recognised brands in Russian football.

Everything Became Undone After Yuri Semin Left the Club in 2005

Everything was on track for Loko to become a long-term challenger at least until Semin left Lokomotiv to coach Russia in 2005. Lokomotiv never managed to build on Semin’s success wasting away money and many coaches in the Russian Railways futile drive towards becoming the country’s biggest club. Instead, Lokomotiv was threatened to once again become the grey mouse of the capital and even Semin, in his brief return from 2009 to 2010 could not rekindle the old spirit finishing fourth and fifth despite a mammoth budget.

Semin left the club for Dynamo Kyiv, and Lokomotiv faltered further, and at one point Loko was even threatened with sanctions by UEFA over its sponsorship deal with its owners RZhD. After a poor start to the 2016-17 season, Lokomotiv brought Semin back for a third term despite the fact that the head coach was already at the advanced age of 70 and came off the back of disappointing coaching stints with Mordovia Saransk and Aznhi Makhachkala.

Many therefore believed that Semin would be a short-gap measure until the club could once again venture abroad to hire a big name foreign coach. But in the winter the club hired Erik Stoffelshaus as the sporting director and the German believed in need of building something long-term at the club. Hence, Semin was given the time to restructure the side, and now Lokomotiv are top of the RFPL and first in the UEFA Europa League Group F.

Given the financial power of the club in comparison to Zenit Saint Petersburg and champions Spartak Moscow, this is an incredible achievement. Even if this result will be only short-term, which is likely given Zenit’s squad depth, Semin needs to be congratulated for the job he has done thus far this season.

Guiding Lokomotiv to first place somewhat pales his success in 2004. Back in 2004, the Lokomotiv side that won the title included the likes of Diniyar Bilyaletdinov, Sergei Ovchinnikov, Vadim Evseev, Dmitry Sennikov, Francisco Govinho Lima, Dmitry Loskov and Dmitry Sychev.

Lokomotiv and the Spirit of 2004

The 2004 Lokomotiv Moscow version was incredibly talented, but and this puts the side apart from later Lokomotiv versions almost entirely Russian-based. All the major stars, in fact, were Russian national team players, which helped Semin create a team spirit that put the side ahead of other teams like the big spending Spartak Moscow side.

Team spirit always has been Semin’s biggest strength and perhaps it is what is helping him this season. In fact, there are some parallels between the 2004 Loko side and the current squad. Although Loko have 11 foreigners on the book, the core of the team is Russian and with the Miranchuk twins Aleksey and Anton the team has two homegrown stars, who have been the cornerstone of the squad’s success.

By using his experience Semin’s advanced age seems to help him survive in what can be treacherous waters at the Bolshaya Cherizovskaya. Finally, the head coach has benefited from a back to the roots approach by many RFPL teams.

In fact, the financial problems of many clubs and the lack of foreign star signings has meant that the RFPL today almost reflects the 2004 edition of the league, which was after all the last before the arrival of the big spending Russian oligarchs. Hence, Lokomotiv’s revival under Semin, even if it only short-term, also highlights that Russian football is very much back to its roots.