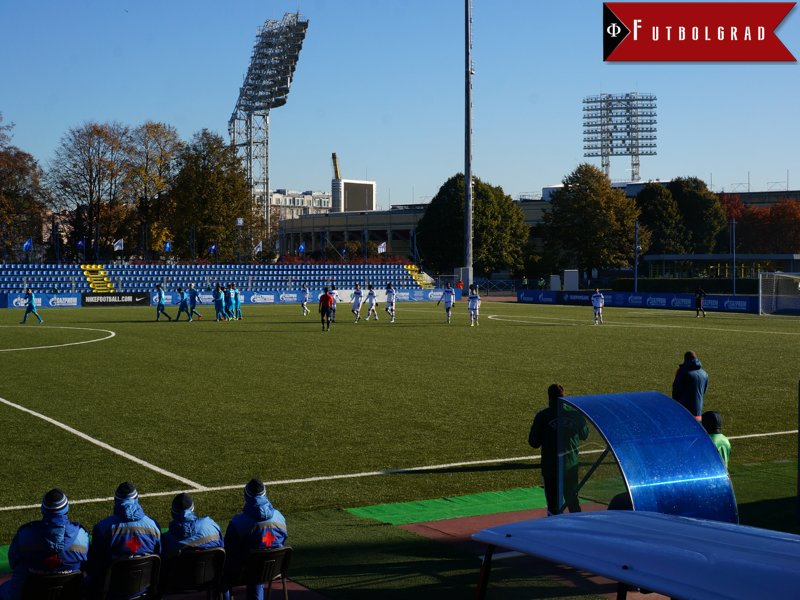 Zenit Reveals Plans for State of the Art Youth Academy

Zenit Saint Petersburg continues to be restructured. After hiring Mircea Lucescu from Shakhtar Donetsk, and with the prospect of moving into a new stadium—the new Zenit Arena is still experiencing delays—the club is also gearing up to open a new training base, and youth academy.

Zenit’s General Director Maksim Mitrofanov outlined the club’s infrastructure plans on the team’s official homepage. After many years of renovations, the club’s youth academy will soon open its doors. Mitrofanov explains that the “academy will also be one of the training bases [during] the 2018 World Cup.”

The new academy will also include a reconstructed stadium with a capacity of 3,000. Mitrofanov hope’s “that in in the summer-autumn period, [if] weather permits, the youth team and Zenit-2 will play [their] home matches … at the academy.”

Mitrofanov also revealed that the youth academy will have a yearly budget of 500 million roubles (€6.67 million), which according to a report by the European Club Association (ECA) puts Zenit in the same category as Ajax Amsterdam (€6 million), Inter Milan (€6 million). Indeed Zenit’s budget for youth development is more than what Arsenal (€3 million) and Bayern Munich (€3 million) have paid combined. In the report only FC Barcelona (€10 million) outspent Russia’s richest club, and if it hadn’t been for the falling rouble both clubs would be on par.

In order to maintain this position Zenit has made major improvements over the last few years. But fitting to the construction problems at the new Zenit Arena, the construction of the academy also had problems. Mitrofanov admits that originally the deadline for construction was in the end of 2010, “but only recently has the main building and the boarding facility been ready for operation.” The club also wants to build a new year around arena for its youth teams.

Yet the club has ambitions to make more room for training kids. The current complex has room for 364 children. But club’s new boarding school at the academy will also have forty places for children from outside Saint Petersburg. The current school has 15 seats, and the club will now be able to guide more young talent towards becoming professional footballers. Mitrofanov also explains that the new “building will also have a large facility [that can be used] by the entire academy, a dining area, a cinema, and a hall for press academy.”

Russia is hoping to be competitive at the 2018 World Cup, and the country has struggled to train enough young players for the national team. In Das Reboot Raphael Honigstein identified the Bundesliga academies as a keystone to Germany’s success in recent years. In the Bundesliga, clubs are forced to invest into youth academies as part of the licencing process.

This is not the case yet in Russia, but at least the country’s richest club is now leading the way when it comes to building a strong youth academy. But for Russia to build a truly competitive national team, other teams will have to follow.