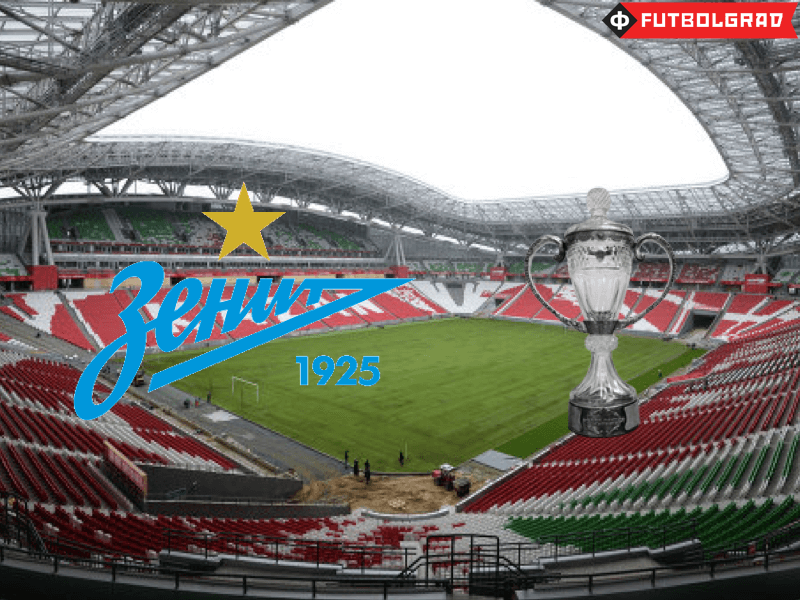 Zenit Saint Petersburg made a massive statement of intent on Monday by winning the 2016 Russian Cup against their main league rival CSKA Moscow with a convincing score of 4-1.

Before the match, it was widely anticipated that this would be a close encounter with CSKA Moscow having a slight advantage because of the poor pitch conditions at the Kazan Arena.

Indeed, the first half of the match was relatively even. Zenit scored first after Hulk converted a penalty in the 34th minute to make it 1-0 for Saint Petersburg—Oleg Shatov was brought down at the edge of the box by Mário Fernandes. Yet CSKA Moscow was able to equalize the score straight away when Aaron Samuel Olanare scored in the 36th minute to make it 1-1.

Three minutes after equalizing the score for CSKA, however, Olanare had to be taken off with an injury. The striker had already picked up a knock in the 10th minute in a challenge against Zenit’s midfielder Axel Witsel. The Nigerian striker had continued on with a bandaged leg, but had to be brought off after scoring the 1-1 goal. CSKA coach Leonid Slutsky later told the press that the striker could have a serious ACL injury.

The injury seemed to have shocked CSKA as, after the halftime break, Zenit were by far the stronger team. Ten minutes after the halftime break, Aleksandr Kokorin, who was employed as the central striker in a 4-3-3 formation, scored to make it 2-1 for Zenit after a wonderful combination in midfield that saw the young Russian striker completely unmarked in the box, and he only had to tap in a pass by Hulk.

At this point, CSKA’s defence seemed to fall apart as the central defenders Vasily Berezutski, and Sergey Ignashevich struggled with the pace created by Zenit’s forward line of Oleg Shatov, Hulk, and Kokorin, who was easily the best player on the pitch.

Zenit's name is added to the Cup once again! #CSKAZen #CupFinal pic.twitter.com/togkAuIohu

In the 63rd minute, CSKA’s defensive pair was once again caught off guard as Kokorin broke into the box and was about to score to make it 3-1. At this point, Vasily Berezutski unfairly slide tackled Kokorin, thereby preventing a clear goal scoring chance. As a result, Berezutski was sent off and Hulk converted his second penalty of the game. Slutsky would later state that this was the key moment in the match: “Before we conceded the second goal, we were equal in the game as we had the same number of chances. In football, the one who makes a mistake decides everything. I think the key is not even the second goal and the third. But with the score 1:3 to come back into the match with ten men was almost impossible.”

With just ten men on the field for CSKA and the score 3-1, the match was very much decided. Then in the 70th minute, Aleksandr Yusupov scored after driving the ball into the short corner of CSKA Moscow’s goalkeeper Igor Akinfeev. The Russian national team keeper could perhaps have done better, and saved the ball.

With the score 4-1 and Zenit’s fourth Cup victory secured, both teams showed very little interest in keeping the tempo high, as both clubs have important tasks ahead of them in the Russian Football Premier League.

CSKA Moscow are currently first in the league and Zenit are fourth, but there are only four points separating the first four teams in the standing—CSKA Moscow have 53 points, Rostov have 51 points, and both Krasnodar and Zenit have 49 points.

Yet the feeling in the Zenit camp is that the Russian Cup victory could provide the push needed to defend the Russian championship as well as to win a famous double. After the match, André Villas-Boas told the media, “Congratulations to the players and the board of the club on this wonderful win and I think we can now go on and win the [league] title.” The club will now travel to Dagestan as Zenit are playing Anzhi Makhachkala on May 7. Anzhi are currently last in the table, but the Caucasus is always a difficult place to play for visiting teams.

CSKA Moscow, on the other hand, will have to try to recover quickly, as they will attempt to secure their first position in the league table. CSKA Moscow will face Terek Grozny on May 7 in what will be a crucial encounter. Terek are seventh in the table, and still have an eye on a Europa League spot. Former USSR national team coach Anatoly Byshovets would later tell championat.com “I never thought that CSKA would be this bad.” Byshovets further pointed out, “ [CSKA’s] defence made too many errors.”

Indeed, since November, CSKA Moscow has struggled to find consistency in their play, and are only on top of the table because other clubs in the RFPL—including Zenit—have also struggled to win on a consistent basis. Hence, it will be interesting to see how both clubs will respond to the Cup final—whether Rostov and Krasnodar can benefit from either CSKA’s disappointment from losing the final or Zenit’s euphoria from winning the Cup.