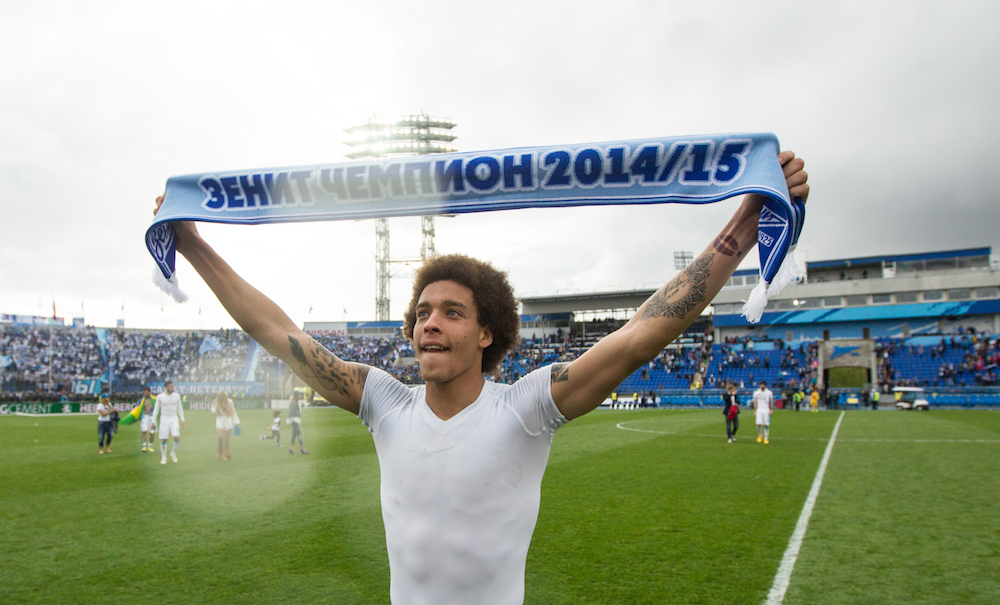 That Zenit St. Petersburg won their fifth league title with a 1-1 draw with FC Ufa, one of the league’s outsiders, was very apt. Currently it is not a classic Zenit side, but rather a collection of expensive individuals that has never really gelled – and it has not been a memorable league season.

The title win was relatively easy, and one reason for this is that Zenit’s Moscow rivals have weakened. 2013-14 champions CSKA sold key striker Seydou Doumbia and haven’t replaced him well; the side that came third last season, Lokomotiv, have seen their budget reduced following the financial downturn. Dinamo are also cutting their cloth accordingly, and Spartak are failing yet again with a foreign manager.

The weekend’s Radio Zenit phone-in had a largely celebratory tone – including proclamations of St. Petersburg being Russia’s ‘football city’ (despite its only other professional team, Dinamo St. Petersburg, about to go under). One caller, however, noted that a poorer than expected European campaign meant the season had partly been a failure, and voiced concern about what happens next.

Zenit are likely to lose at least one key player – both Ezequiel Garay and Axel Witsel are being linked with moves, and Portuguese midfielder Danny is out of contract. Others who have been great servants to the club during its most successful years, such as Aleksandr Kerzhakov, Andrei Arshavin and Anatoliy Tymoschuk, are past their prime.

It will not be difficult to replace them, of course. Main sponsor Gazprom‘s huge resources mean that managing Zenit is like having a Football Manager cheat that gives you a never ending transfer budget. With other sides cutting back, Zenit will again win the race to sign the biggest players the Russian league can tempt.

Whether those players settle in Russia is another question – witness the linguistic, cultural and climatic differences that no amount of money can alter. After that the players will need to gel into a unit if a Russian side is to finally have a good Champions League run.

There is one Russian club that will likely compete with Zenit in the coming years. FC Krasnodar were only formed in 2008 but have risen quickly; they could finish second in the Premier League this season. The club’s founder and chief sponsor Sergey Galitsky is, according to Forbes, Russia’s 15th richest person with a net worth of almost $10 billion.

Galitsky has won praise for building the club from the foundations upwards: Krasnodar has a huge academy, and Galitsky would rather develop its own players or else pick up bargains than sign expensive players. But that could change, especially if Krasnodar finish third and miss out on the Champions League.

The way things are now, Zenit are already favourites to retain the 2015-16 league title. If, however, they don’t get past the Champions League group stages then André Villas-Boas might find it’s his last season in Russia. If FC Krasnodar find another gear then his time might be up before that.