This week our match of the week takes us to Saint Petersburg for the round 22 Russian Football Premier League match Zenit vs CSKA Moscow. CSKA Moscow are the current league leaders, as they are two points ahead of Russia’s biggest surprise package FC Rostov.

Zenit vs CSKA Moscow – A Must Win for Saint Petersburg

Zenit are aware of the fact that a victory on Sunday at the Petrovsky Stadium could bring them within three points to CSKA Moscow, bringing them straight back into the title race—although a victory by Rostov over Spartak Moscow on Saturday would mean a gap of four points to the top of the table for Zenit. CSKA on the other hand could distance Zenit to nine points effectively eliminating Saint Petersburg from the title race.

The two clubs had a virtual duopoly over the Russian league title in the last ten years as they have won eight out of ten possible titles between them since 2005. Only Rubin Kazan, which won the championship in 2008 and 2009, had been able to break through the duopoly.

Zenit vs CSKA Moscow – More than a Normal League Game

Despite the title race there are also several other notable story lines. For once there is the eternal rivalry between Moscow and Saint Petersburg. Hence, while Spartak Moscow and CSKA Moscow present the biggest rivalry in Russian football, the fans of the two biggest Moscow clubs also foster a strong rivalry with Zenit.

The reasons for this go back to history as the two cities have both served as capitals to Russia. But while Saint Petersburg, which was constructed by Peter the Great as a window to the west, represents the progressive Russia, Moscow is representative of the old more traditional Russia. 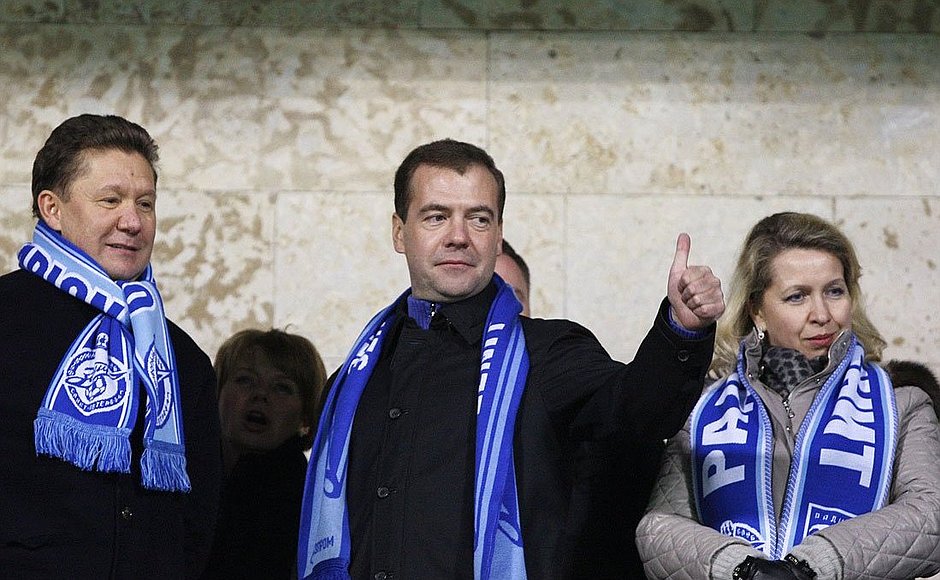 Even today Saint Petersburg is associated with the government elite, as both President Vladimir Putin, and Prime Minister Dmitry Medvedev were born in the city—and allegedly support Zenit. Moscow on the other hand is much more associated with the hyper capitalism that has gripped Russia after the fall of communism.

Both clubs are representative of this as CSKA Moscow, which was founded as part of the army in 1911 was owned by the Ministry of Defence in one way or another until 2001 when a consortium headed by Yevgeny Giner took over the club—although the army remained a minority shareholder.

Zenit, which during the time of the Soviet Union was owned by the state company LOMO, on the other hand was privatized in 1990, but the club struggled to come to terms with the realities of capitalism, and was relegated to Russia’s second division in 1992 where the club remained until the 1996 season.

The club remained a private institution until 2005 when the state company Gazprom took over the club, basically returning the club to state ownership. Gazprom immediately invested heavily into the club, and the dividends paid off as the club won its first Russian title in 2007, and has since added another three. Under Gazprom’s leadership the club also won the UEFA Cup in 2008.

When comparing the transfer volume of the two clubs over the last ten years it also become apparent that Zenit—with the help of the endless resources of Gazprom—has by far outspent CSKA Moscow. This is especially due to the fact that CSKA owner Giner in recent years has bought talent with an eye of developing them and selling them with a profit.

Despite the difference in philosophy when it comes to purchasing players the two clubs have experienced similar results on the pitch, and despite the six point gap, and Zenit’s erratic performances this season CSKA still see the Petersburgers as their main rival for the title.

CSKA Moscow coach Leonid Slutsky told Sport-Express “In these games it is difficult to look for some additional advantage. There are two teams that are competing for many years in the Russian league for the top places. It is clear that this match on the level of our championship is the most important over the past five or six years.”

Slutsky’s statement was confirmed by Zenit’s Brazilian superstar Hulk, who told Sport-Express “We have a chance to get closer to our main opponent in the table. But we are always greatly motivated when we play CSKA. We can reduce the gap to three points, and to sharpen the fight for the championship. These classic matches are always special. For Zenit games against CSKA Moscow and Spartak are classic. But the most important a match for our team is against CSKA Moscow.”

Meanwhile this will be the first appearance of Roman Shirokov for CSKA Moscow (read all about his controversial moves here) at this former club Zenit, which will most certainly add to the rivalry between the two fan groups.

Yet Shirokov could be an important part of CSKA’s team on Sunday, as the Red Army team might be without their star striker Ahmed Musa. Musa was on the road with the Nigerian national team, and just returned from Egypt where Nigeria was playing on March 29. Musa therefore missed practice today, but Slutsky stated that this was a precautionary measure. Yet it is possible that Musa might not start the match on Sunday. 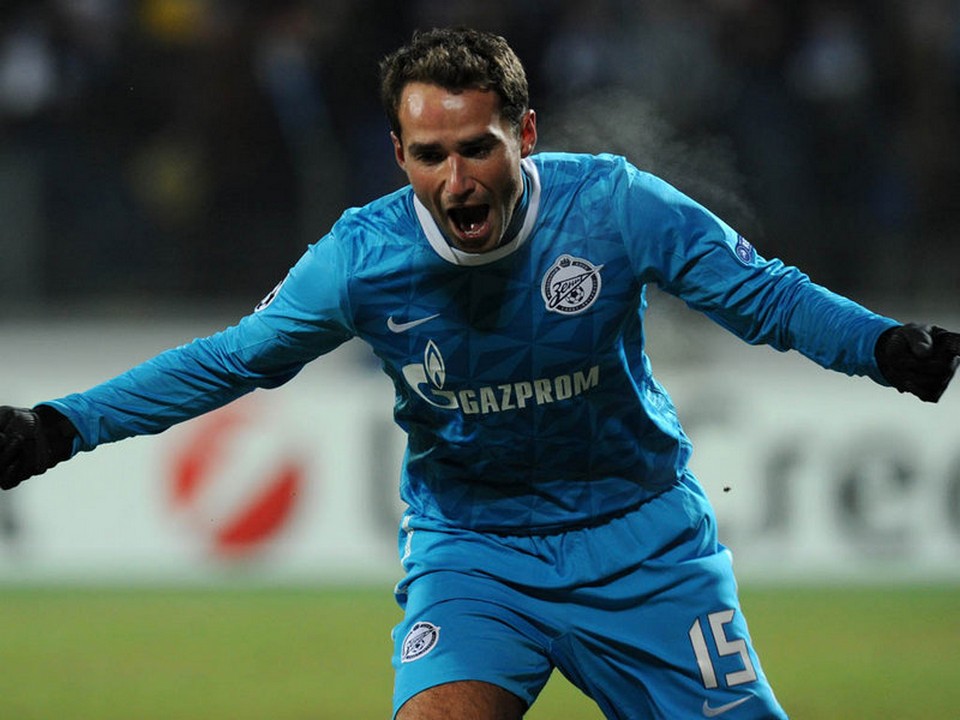 Zenit vs CSKA Moscow – Former Zenit midfielder Shirokov is making his return to the Petrovsky – Image via eurocuppictures.com

Despite the erratic results this season Zenit should be aware that this might be their last chance to get back into the title race. The fact that the match is being played at home at the Petrovsky should give Zenit an edge in the encounter. Sport-Express readers seem to agree as a recent poll indicated that 43.5% of the readers believed in a Zenit victory, 28.3% believed CSKA Moscow would win, while the rest believed that the match would end in a draw. Futbolgrad would concur with this poll, as Zenit will not fail to capitalize on their last chance in the title race.