Zenit are playing catchup already in Champions League Group F after losing their first two matches this season, and can barely afford to drop more ground. They have never lost their first three group-stage fixtures before, and already lie four points off the top two. For quite some time European competition has represented an insurmountable summit that blighted the landscape. There is simply no escaping that for a club of their size, resources and allure, failure to make an impact on Europe’s elite – since lifting the UEFA Cup in 2008, they have never made it past the Champions League first knockout round – is unacceptable.

Even their domestic dominance is showing some cracks. After lifting their second consecutive Russian Premier Liga title in the summer, alongside the Russian Cup and Russian Super Cup, they have hit an inconsistent run of form that has seen them concede top spot in the table. They have picked up just four wins in their last 11 games in all competitions, and last won consecutive matches back in August.

With the €32 combined outlay on Wendel and 2018 FIFA World Cup finalist Dejan Lovren they can scarcely afford to miss out on knockout football in the spring again. Sergey Semak himself has conquered everything there is to conquer domestically already in his short spell so far as manager. While he cannot be expected to challenge for the Champions League trophy, progress must be made to cement his place as a club legend.

The absence of Malcom, Sebastian Driussi and Sardar Azmoun is a major blow to Semak’s attacking options. The dynamic forward duo of Sardar Azmoun and Artem Dzyuba is a partnership that clicks effortlessly, but it is highly likely Dzyuba will be deployed on his own up front, or perhaps supported by Aleksandr Erokhin. With Lazio’s favoured three-man central defensive line, it might make chances hard to come by. The chance to gain ground on their group rivals will not come around again if they fail tonight.

Lazio have been struck by a number of injuries, ironically as their season has taken a turn for the better. Last season Ciro Immobile blasted his way through Serie A defences with an astonishing 36 goals – five more than the record-breaking Cristiano Ronaldo – but he has not travelled to St. Petersburg, nor has Luis Alberto. The pair both won player of the month awards in their domestic league last season and are key misses, as are Thomas Strakosha and Lucas Leiva. The latter’s unavailability denies Dejan Lovren a reunion with his former Liverpool teammate.

They started the Serie A season with just one win in the first four matchdays, before winning the last two. The last fixture was far from comprehensive though; five minutes into added time Lazio were trailing 3-2 to second-bottom Torino, before Immobile and Felipe Caicedo struck to complete a dramatic turnaround. They are full of goals having outscored champions Juventus last season, but have been leaking too many goals – they haven’t kept a clean sheet in their last seven matches in all competitions.

Zenit vs Lazio – Players to Watch:

Although nominally a full-back, Douglas Santos has developed into a versatile member of Zenit’s starting lineup in recent months, featuring as a centre-back in a back three, in centre midfield and even on the left wing. Depending on how conservative or adventurous Sergey Semak choses to go at different stages of the game, Santos may well switch his role to take advantage of the situation. His delivery into the penalty area has improved immeasurably, which will be even more useful than usual with the absence of regular wide men Malcom and Sebastian Driussi. 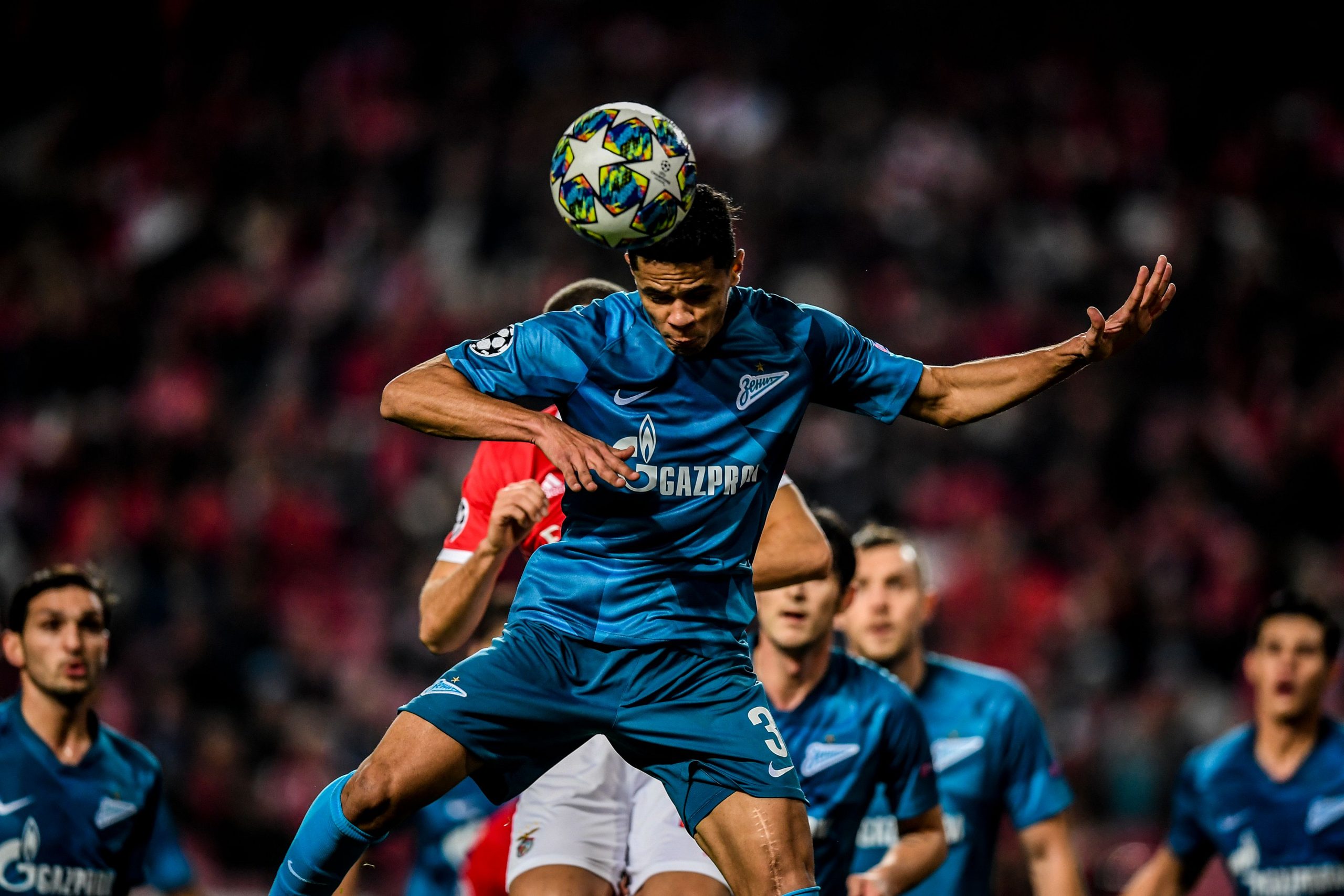 Douglas Santos is one watch in Zenit vs Lazio. (Photo by PATRICIA DE MELO MOREIRA/AFP via Getty Images)

The Serbian schemer is one of the few key first-choice players still fit and available, and his patience and passing will be key to directing the passage of play for the Italian visitors. The pressure is off them in one sense as they sit top of the group, level on points with the less-fancied Club Brugge, but the starting XI is starting to feel the strain of coronavirus infections and injuries. Miliković-Savić will take on even more responsibility in the side as a result, and must be given no time on the ball to dictate play. 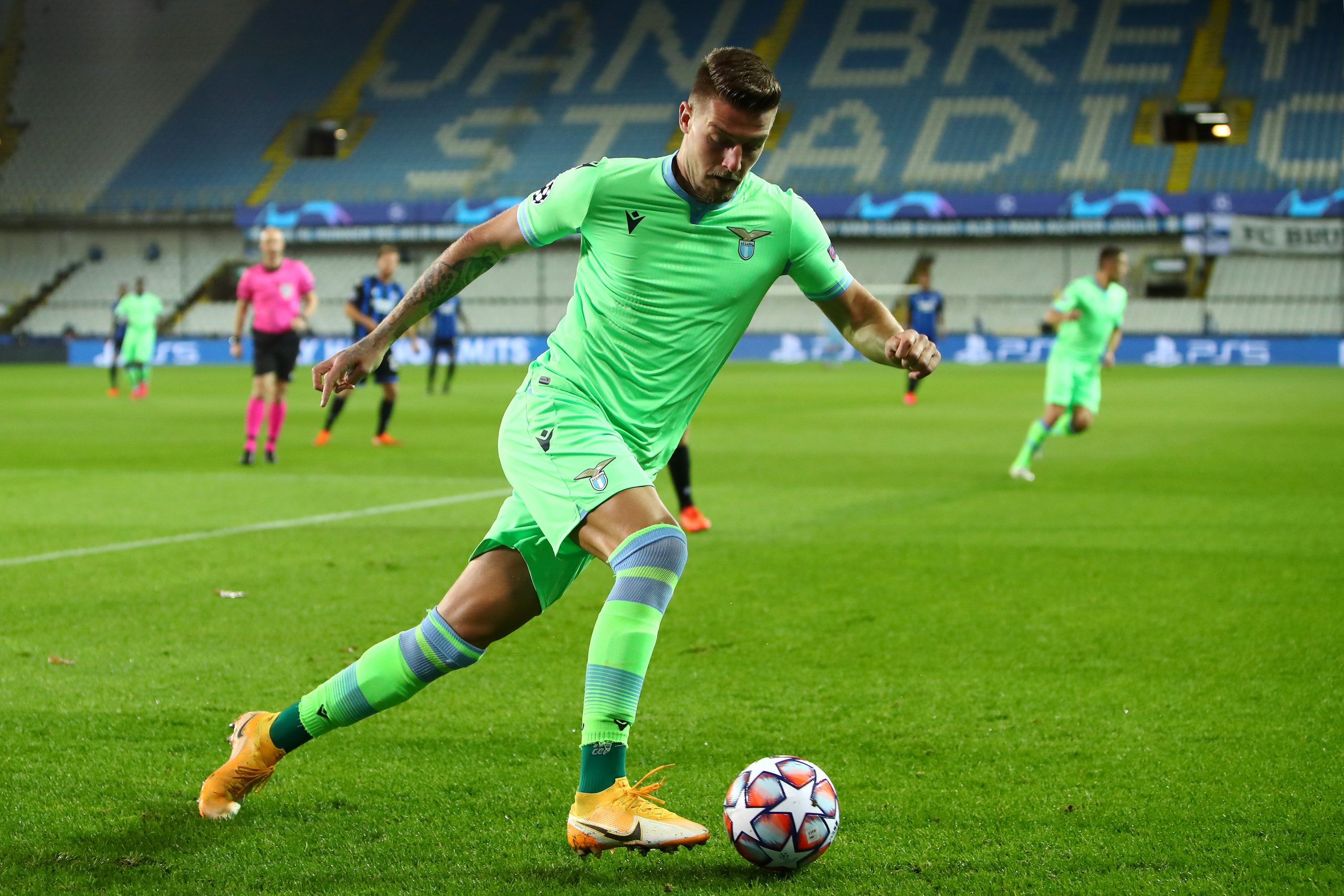 Sergej Milinkovic-Savic is one to watch in Zenit vs Lazio. (Photo by Dean Mouhtaropoulos/Getty Images)