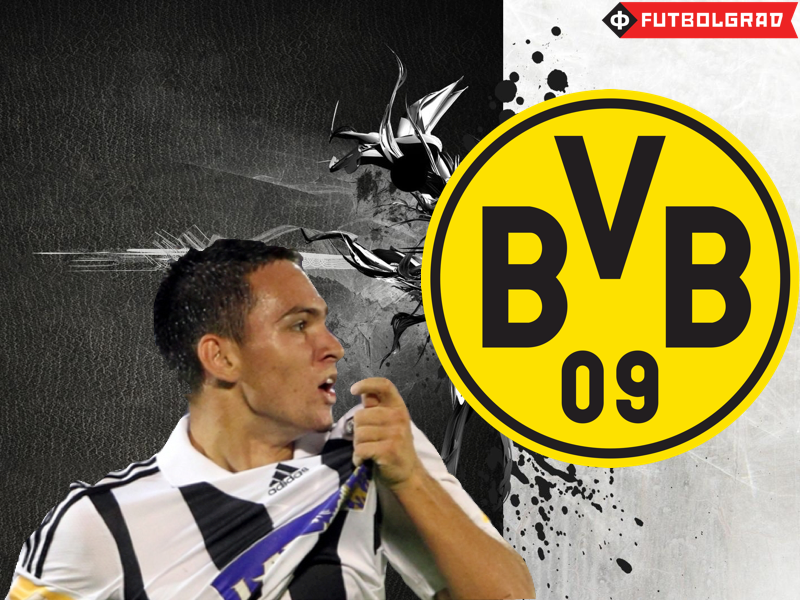 The German newspaper Bild reported on December 31 that the Serbian attacking midfielder Andrija Živković is close to signing for the Bundesliga team Borussia Dortmund.

Several Serbian media outlets have since confirmed the rumour, and the Serbian media portal B92 reported that Partizan will receive €2.5 million for the Serbian talent. According to Transfermarkt.de Živković is valued at €7 million.

The Serbian is due to become a free agent in the summer, which means that this is the last chance for Partizan to receive financial compensation.

As Miloš Marković reported for Futbolgrad on December 20, Partizan had already sold 50% of Živković’s contract to the investment fund owned by none other than the player agent Pini Zahavi. It was thought that Zahavi favoured selling Živković to Benfica Lisbon as the agent thought that the player would have a higher chance to break into the first team in Portugal.

Zahavi’s preference was likely influenced by the fact that Portugal has a more liberal approach to third-party ownership contracts, which would allow Zahavi to earn money on a potential transfer, which would not be the case in Dortmund.

Regardless it now appears that Borussia has won the race for Živković’s signature. At Dortmund Źivković will be replacing Jonas Hofmann, who has recently been transferred to Borussia Mönchengladbach.