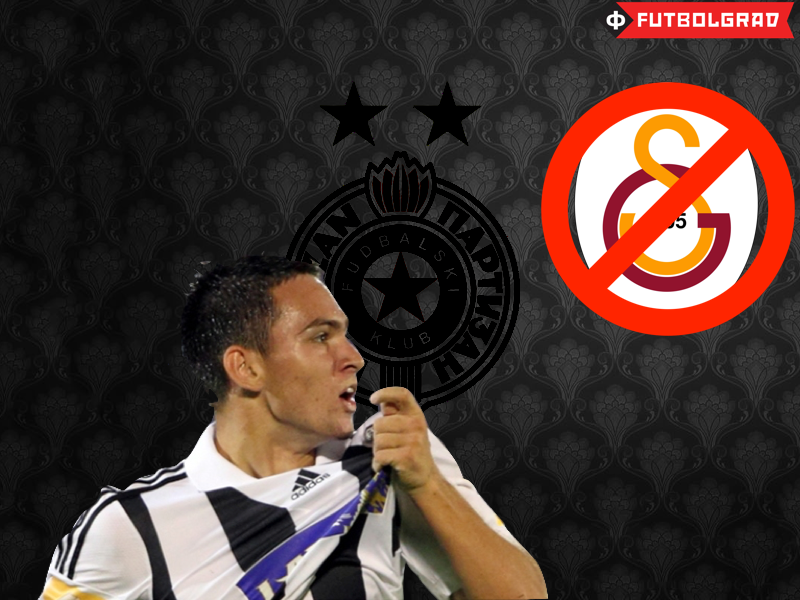 Živković – “I will not move to a Turkish Club”

The potential transfer of Andrija Živković remains a hot debate in the Serbian press. In the last few days several news outlets in Serbia reported that the big Istanbul clubs Fenerbahçe and Galatasaray where battling for the signature of the Serbian wunderkind.

The Turkish sports page Fanatik reported that Fenerbahçe president Aziz Yıldırım had personally flown to Serbia to finalize a deal with Partizan for Živković. The Turkish press believes that Živković could be headed to Turkey to play in the Süper Lig for two seasons before making a high profile move to Western Europe.

Živković, however, has since thwarted those rumours. On January 8 Živković spoke about a potential move to Turkey to several reporters in Serbia “I do not know who released the information, but they are absolutely untrue. I will not move to a Turkish club.”

Instead Živković would prefer a move to Western Europe, and Borussia Dortmund remains the most obvious destination either this winter or in the summer when he could leave Partizan on a free transfer.

Borussia Dortmund has recently sold Jonas Hofmann to Borussia Mönchengladbach, and have returned Adnan Januzaj to Manchester United, after the Belgium failed to meet the high standards of German football.

With two attacking midfielders departing Borussia Dortmund this winter it is expected that the German club will bring in reinforcements. Transfermarkt.de has recently speculated that the club could be in hot pursuit of the Brazilian super talent Malcom. The Brazilian is, however, an unknown entity in European football, and in addition, as the 10 July 2015 article in FutebolCidade highlighted, Malcom’s contractual ownership rights are even more convoluted than those of Andrija Živković.

Thomas Tuchel has recently told Germany’s Bild “We are keeping our eyes open for any opportunities. I still expect something to happen.” It remains to be seen whether Dortmund are now going to step up their pursuit for Živković. But Živković’s refusal to join a Turkish club, and the fact that Tuchel is adamant that the club could use a new offensive midfielder should be music in the ears of those Dortmund fans who are hoping that a transfer could be finalized this winter.