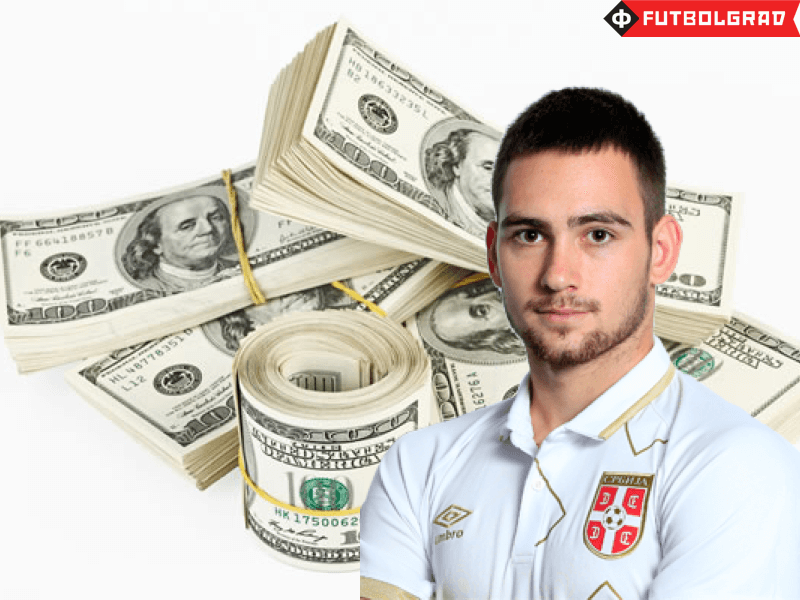 The story of Andrija Živković has been well documented on Futbolgrad in recent months. Živković, who is considered one of the brightest talents in Serbian football, has recently been demoted by Partizan Belgrade to the farm team of the club (read the full story here) for failing to sign a new contract with the club.

In the latest twist in the story the whistleblowing page Football Leaks has published contract details that expose details on Partizan’s dealings with Pini Zahavi’s Cypriote club Apollon Limassol (more on that story here), and show details on Živković Third Party Ownership construct.

The contract signed between Partizan Belgrade, and Apollon shows the complicated ownership structure of the rights to Živković.

In the contract Partizan agreed to sell to Apollon 50% of Živković’s economic rights—leaving just 25% of Živković’s rights with Partizan. Also, while both parties agreed that Živković “shall keep playing for Partizan”, “Apollon shall have the right to order Partizan to transfer the player federative rights to any club according to Apollon’s instructions, not earlier than the winter transfer period.”

In return Partizan received €1.2 million paid in two instalments of €900,000 within two business days of the signature, and €300,000 no later than August 31 2014. Furthermore, Partizan will be entitled to receive an additional payment “equal to 10% from Apollon’s Net Profit, of any sum above 4,000,000 Euro to be received as consideration for future transfer of rights over the Player [Živković].

Apollon also had an option to purchase 100% of the federative rights, and an additional 25% of the economic rights by August 20 2015 in order to transfer him permanently to Apollon or another club in their choosing for €600,000. The contract also included a clause that both Apollon and Partizan will do their best to sell the player to a new club while he is still under contract at Partizan.

In other words Partizan was obliged under the contract to find a new club for Živković no later than the end of the 2016 January transfer window. “Partizan grants that the Player will give his consent, sign all necessary documents and will undertake all the necessary actions for the realization of his transfer from Partizan to a third club in accordance with the instructions of the Parties.”

The contract also stipulated penalties should Partizan fail to sell Živković despite having a transfer offer for him. “If such consent could not be procure[d] Partizan Should have the obligations to pay Apollon an amount equal to the percentage which Apollon was entitled to receive from such a transfer to a third party that was rejected by the player plus 10% interest per year.”

It is understood that Partizan received several offers during the winter transfer window. As Futbolgrad reported on January 1 2016 Partizan was offered €2.5 million for Živković. Then on January 25 2016 transfermarkt.de reported that Andrija Živković’s father Jovica intervened in a transfer that would have seen Živković move from Partizan Belgrade to Real Madrid for €15 million. Under the contract Apollon would have received 75% of the €15 million, and 10% interest if Partizan failed to convince Živković’s family to make the move to Madrid.

Furthermore, Partizan sold an additional 15% of the player’s economic rights to the Swiss player agency Dony Management AG (DMAG) on August 22 2013. This would have meant that Partizan would have received just 5% of any potential Živković transfer.

We don’t know whether such an offer was ever made, but what we do know is that Živković did not move to a third club in the winter, and that as a result Partizan banned the young midfielder from playing and training with the first team, showing the sort of impact Third Party Ownership contracts can have on players and clubs.