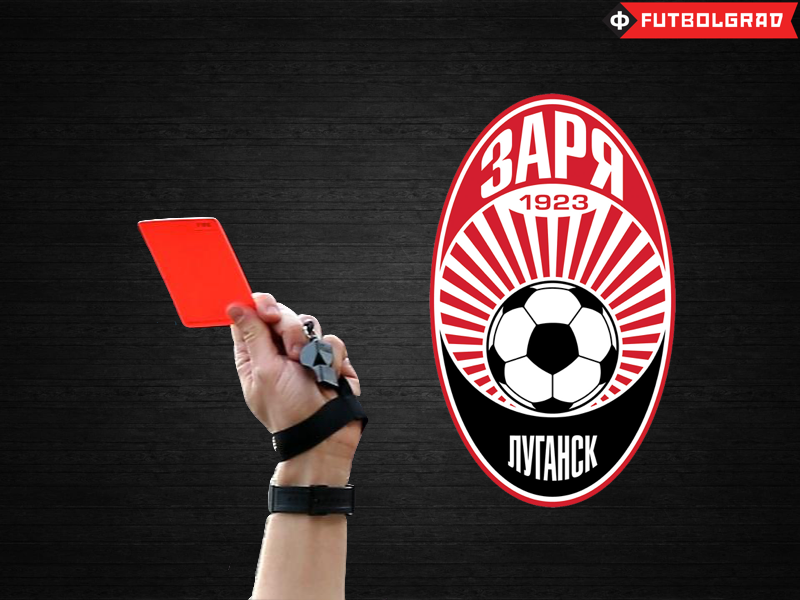 Zorya Luhansk has become the first Ukrainian club to seriously address the match-fixing issues that are prevalent at every level of football in the country.

After conducting an extensive internal investigation, Zorya general director Serhiy Rafailov, revealed the names of eleven players from the club’s U-19 squad who were found to have participated in fixing matches. All of the players admitted in writing to receiving amounts ranging from $500 to $1,000 for helping to arrange results against Chornomorets, Metalist, and Shakhtar.

Zorya will now send the relevant documents about the case to the Control-Disciplinary Committee (CDC) of the Football Federation of Ukraine, who will take up the matter.

As for Zorya itself, the club has already released all of the guilty players. Manager, Yuriy Vernydub, told the television program ProFutbol, which first broke the news: “I would ban players like this from getting within one kilometer of football. Let them unload cargo, study, work, do what they want, but in football, they cannot be tolerated. That’s enough of mocking the number one sport. I will personally keep track of those who have been expelled. If one of them joins some team, I’ll call the coaches and tell them that they need to get rid of this person and to keep them away.”

Oleksandr Boytsan, the general director of crisis-ridden Metalist Kharkiv, said on ProFutbol that his club had also uncovered proof of youth players from their U-21 squad participating in match-fixing, but he has so far not given any names.

Rafailov is certain that this is a widespread problem, and while this is widely acknowledged by fans and media, it is rare for such a high ranking football official to talk so openly about match-fixing. He told Zorya’s official website:  “There is a similar situation in many clubs. Maybe I don’t have a right to say this, but I believe that there are only 2-3 clubs where youth players have not taken part in fixed matches. I think that in the near future, after adoption of the law and the meeting of the CDC, the results of the investigation will be made public. I think that this will be a shock.”

As a reminder, the anti-corruption in sports law, that was passed by the Ukrainian parliament last month and signed into law by President Petro Poroshenko on 1 December, includes stiff fines and even prison sentences for engaging in match-fixing.

Despite the recent adoption of the law, certain clubs continue to brazenly arrange results, usually by ensuring that the number of goals scored is over a specific total. Olimpik Donetsk, whose name regularly comes up in any discussion of the issue, remains under close scrutiny. After a suspicious betting pattern was observed during their U-21 side’s 4-0 loss to Karpaty – when they conceded three goals in the last ten minutes – international sports corruption expert Francesco Baranca said it was “one of the most grandiose matches with a fixed result that I have seen in my life.”

Zorya’s decision, to publicly speak out and to immediately cut ties with players who were involved in match-fixing, is a promising sign that officials are beginning to take concrete steps to tackle the problem. But as the egregious episode of match-fixing from the Olimpik game demonstrates, the surface has barely been scratched. It is now up to the authorities to take Zorya’s lead and use all means necessary to clean up Ukrainian football.