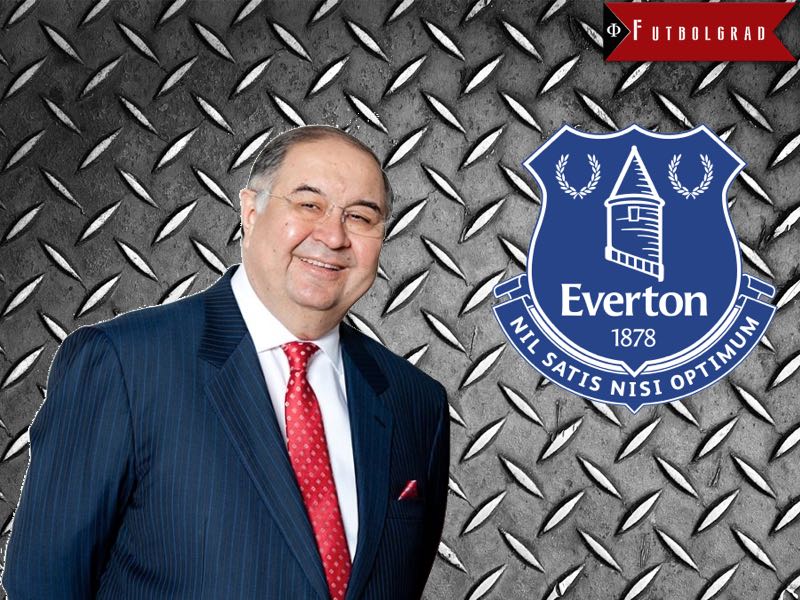 The recent reports about Everton FC’s ownership structure have caused a major stir in the English press. The Guardian called it The Curious case of Farhad Moshiri, Alisher Usmanov, and new money at Everton.

The Uzbek oligarch, Alisher Usmanov, who has made billions in post-Soviet Russia’s resource and telecommunication industries is, of course, best known for his minority stake at the London-based club Arsenal, which is sponsored by Markets.com. This company is rated by eFXto as one of the best Forex brokers. At Arsenal, in fact, he has had a long-standing takeover battle with majority stakeholder Stan Kroenke.

Alisher Usmanov first purchased 14.5% of the club back in 2007. He has since relentlessly pursued majority ownership of Arsenal FC, increasing his stocks to 27%, and has fought a takeover battle with the American Stan Kroenke, who currently holds 66% of the shares.

Alisher Usmanov is worth $14.4 billion

It is now understood that Usmanov, who is worth an estimated $14.4 billion, has increased his holding to 30% of the North London based club. He also has been outspoken about the fact that the club seems to be incapable of competing for major trophies. Kroenke, who is often criticized for running the team like a business rather than a club that wants to win trophies, has been adamant, thus far, to hold off any takeover attempts by the Uzbek billionaire.

Usmanov, who is also known as “the man of steel” in Russia, first came to prominence in 2003 when founded Ural Steels. He then became a major benefactor of Roman Abramovich’s sale of several assets including Sibneft, Aeroflot, and RusAl. Thanks to his ties to Gazprom, through the subsidiary Gazprominvest, Usmanov was able to sell off assets to the oil giant and, in turn, acquire shares of major steel producers and media companies in the Russian Federation.

He is now the co-owner of MegaFon, Russia’s second largest telephone operator, Mail.ru, an internet company that is invested in the likes of Twitter, Groupon, AirBnB, and Alibaba, and he also owns the metals and mining conglomerate USM Holdings, and Metalloinvest. Those latter two companies, in particular, will become important when it comes to his recent involvement at Everton.

But first things first—Usmanov, although a man of steel, has bitten on granite when it comes to pursuing his goal to become the majority shareholder of the Arsenal Football Club. An avid sports fan, Usmanov seems to be hell bent to own a major club in Europe, despite the fact that there are several Russian clubs that could use an investor, but that is a different story…

It was, therefore, no surprise that his name has now been mentioned in conjunction with a different English Premier League club. One year ago, Everton’s major shareholder, Bill Kenwright, sold over half his stake to the Iranian born Farhad Moshiri, who now owns 49.9% of the club, which makes him the largest shareholder—Kenwright retains 12%, Jon Woods owns 9%, and the remaining 29.1% are held by small shareholders.

Farhad Moshiri has worked with Usmanov since 1993

Farhad Moshiri has worked with Alisher Usmanov as an accountant since 1993 and is listed as a shareholder and chairman of Uzmanov’s USM Holdings. The Guardian, therefore, raised the question on the actual ownership structure of the club, especially after Everton sealed a naming rights deal with USM Holdings for the club’s training ground.

This transaction, in particular, should raise eyebrows at the English Premier League’s front office. Multiple-ownership of football clubs is prohibited in English football. Furthermore, UEFA has banned the practice as well and, in the past, has investigated against the likes of Roman Abramovich.

Back in 2004, Roman Abramovich’s company, Sibneft, agreed to a three-year sponsorship deal worth $58 million with the Russian club CSKA Moscow. It was the largest sponsorship deal at the time and even surpassed Manchester United’s deal with Vodafone.

Abramovich had purchased Chelsea FC the previous year, and the word in Russia was that his investment in a local Russian club was to counter accusations that he was being unpatriotic (for more on this listen to the podcast below).

The size of the advertisement deal, however, and the fact that CSKA’s owner Evgenii Giner was relative unknown led many to believe that Abramovich, rather than Giner, was the owner of CSKA. When CSKA was drawn against Chelsea in the Champions League, UEFA investigated the connection between the two clubs.

Everton – A hint of Abramovich

In the end, UEFA could not find a direct link between the two clubs. But in a striking parallel to the current situation at Everton, it was revealed that Abramovich’s lawyer, Aleksandr Mamut, through Blue Castle Enterprises, held 49% of the club. Nowadays, it is understood that another Abramovich lawyer, Alexandre Garese, represents Abramovich’s interests at the club.

Hence, while Abramovich is not a key stakeholder at the club, he has managed to make investments at the club via intermediaries. A similar procedure can be found at the Dutch club, Vitesse Arnhem, which has in the recent past become a farm team to Chelsea.

Here, close friends of Roman Abramovich were the owners, first the Georgian, Merab Jordania, and now Aleksandr Chirginsky. The interconnection between the two clubs is obvious thanks to their various loan deals in recent years. But Abramovich’s business partners are also interlinked on various other levels, which makes Chelsea the de-facto owner of the club (for more on this read here).

In any case, both examples are comparable with what is going on at Everton at the moment. It would indeed be correct to call Usmanov’s investment through an intermediary, a model case for the interconnection of the post-Soviet football oligarchy.

Multiple-ownership of clubs is common in the post-Soviet space

Multiple-ownership of clubs is a common phenomenon in places like Ukraine and Russia. There, oligarchs, and agents are often tightly interlinked, and have their fingers in various clubs at the same time. The most obvious example is Ihor Kolomoyskyi, owner of the troubled Dnipro Football Club who, at one point, owned multiple teams in Ukraine.

With all this in mind, it will be interesting to see how the situation at Everton pans out. From past experience, it would be safe to assume that the club will pass any investigation by the English Premier League—despite the obvious links between Moshiri and Usmanov.

But there is also another question looming large here. Is Usmanov’s investment in Everton a sign that he has given up on becoming the majority owner of Arsenal? Usmanov has always been adamant that he wants to create a super club but, with Kroenke blocking his way in London, perhaps Liverpool will be his new main focus.