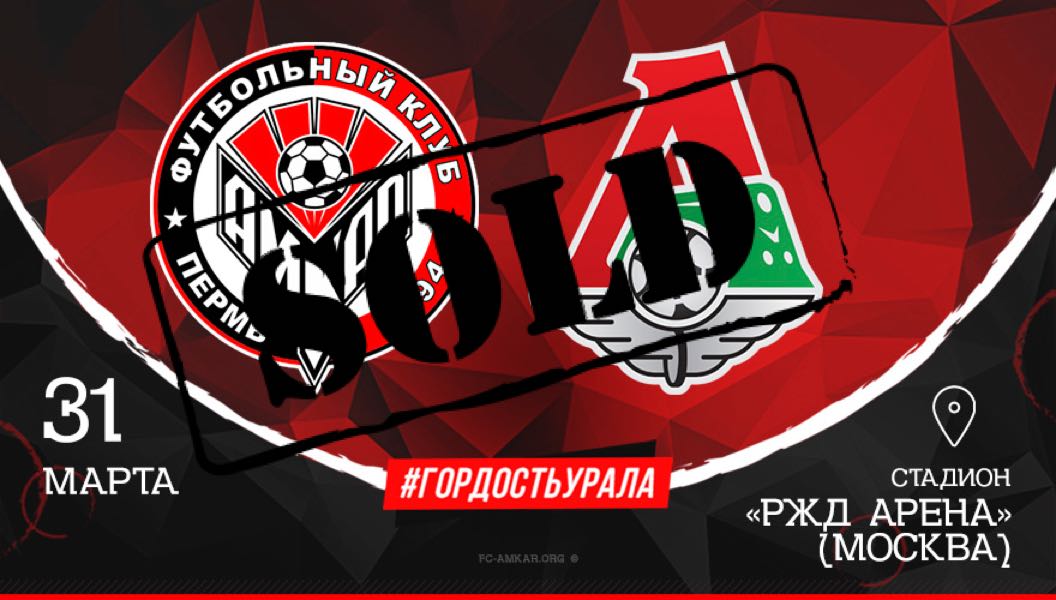 Amkar Perm have sold their next home game to Lokomotiv Moscow. Amkar were supposed to host Lokomotiv next Saturday at the Zvezda Stadion in Perm but due to problems with the pitch, the Russian Football Premier League has banned any matches from taking place at the stadium.

As a result, Amkar were looking to move the game to either Khabarovsk or Ufa but then announced that the game would take place at their opponent’s stadium in Moscow instead. “We hope the decision will be welcomed by our fans with some understanding. The leadership of the club had several options for where to organise the match, and the Amkar board decided that this was the best option,” the club announced on its homepage.

“We count on our fans to visit the guest sector at the arena in Cherkizovskaya to make this a home game and help our team to show their best”, the statement added. How many Amkar fans will make the 1400-kilometre journey from Perm to Moscow remains to be seen, but it is unlikely that Perm will get anything close to a home game atmosphere at the RZhD Stadium on Saturday.

Instead, the club, however, will receive a significant financial windfall from moving the game. Lokomotiv have agreed to take care of all the financial costs of operating the arena and Perm will receive all the profit generated from the game.

With Lokomotiv clear on top of the table by five points and one game in hand, ahead of city rivals Spartak Moscow, the turnout is expected to be significant. Lokomotiv have averaged 11,648 spectators per game this season, which is more than doubled Amkar Perm’s 4,900 visitors per game. 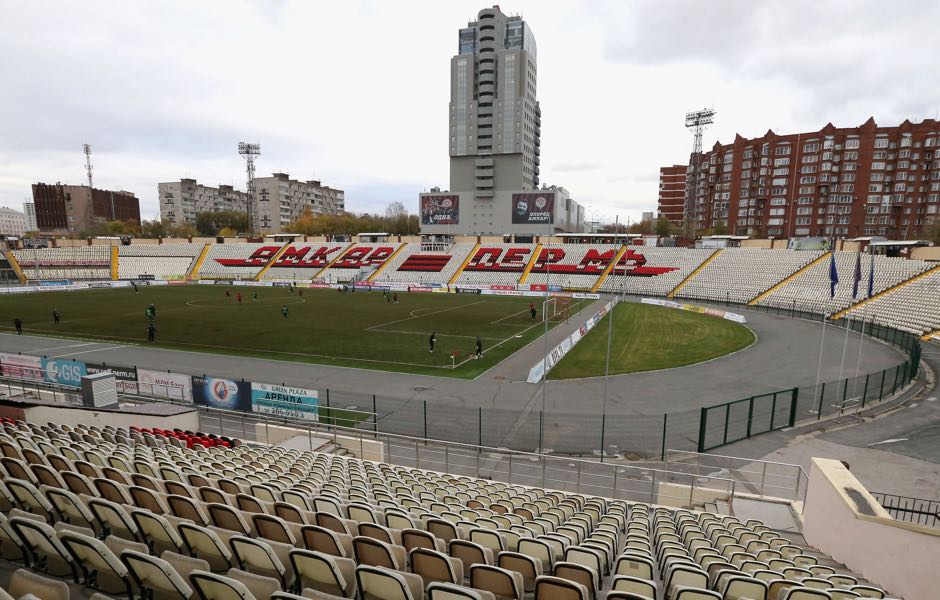 The Russian Football Premier League did not allow Amkar Perm to play their home game at the Zvezda Stadium. (Photo by Getty Images/Getty Images)

Given higher ticket prices in Moscow, the game against the league leaders will now provide an excellent financial windfall for the club money the club desperately needs. During the winter break Amkar Perm ran out of money and there was even talk that the club could be dissolved ahead of the second part of the season.

In the end, the club was saved from bankruptcy, but financial problems continue to plague the club. Furthermore, Amkar Perm are in relegation trouble. Currently, second last in the standings Perm are within a fighting chance of staying in the league – the gap to 12th placed Dinamo Moscow is just two points – and at a first glance, the decision to give up a home match might help the club financially but not in their fight to stay in the league.

The board, however, may have decided that it will be unlikely to win three points against league leaders Lokomotiv anyhow and that as a result, the cost-risk-benefit was worth the move. Furthermore, Amkar is not breaking any rules.

Russian Football Premier League regulations state that in the event of the unavailability of the home field the club has to move the game to the reserve arena, which in this case is FC Ufa’s Neftyanik Stadium. Ufa, however, are playing a home game against Zenit and in the case of the reserve stadium being unavailable the RFPL allows the home team to move their game to any certified RFPL stadium.

Amkar Perm vs Lokomotiv will take place at the RZhD Arena in Moscow. (Photo by Alexander Fedorov/EuroFootball/Getty Images)

Amkar, in fact, are not the first club to move their home game. FC Ufa did the same towards the end of the 2014-15 season allowing Zenit to celebrate their title victory in front of their own fans. The point collected by Zenit was all the St. Petersburg club needed whereas for Ufa the point was a lifeline in the relegation battle and the match, therefore caused some controversy.

It is unlikely, however, that Lokomotiv would be happy to share points with Amkar on Saturday. Although the Moscow based club has a comfortable cushion every point is needed to wrap up the club’s first title since the 2004 season. Hence, while Amkar’s moved home game will likely not lead to an arranged “friendly match” there is still the fact that Lokomotiv have given themselves an edge in the title race by buying a home game from a club in need of money.