André Schürrle: Can he play a crucial part at Spartak?

Schürrle was one of the two main protagonists in Germany’s World Cup win over Argentina in 2014. Brought on from the bench it was his cross that led to Mario Götze’s game-winning goal in the 113thminute.

Ten minutes later Germany were crowned World Cup winners for the fourth time in the country’s history. It is, however, somewhat ironic that since the World Cup Schürrle has struggled and has been handed from one club to another.

Now at Spartak, however, Schürrle has somewhat resurrected his professional career. Heading into the international break, the forward has been fantastic for Spartak this season and with 0.24 assists per 90 minutes and 0.84 per 90 minutes leads all forwards at the Myaso.

Not quite enough to warrant an update in the latest Transfermarkt transfer evaluation of Russian Premier Liga players. That said the player evaluation of the league has shown that going to the RPL is like a visit to an online casino like Casumo; you will likely have a good time given the talent available.

In fact, this season the Russian Premier Liga is much more than about players like André Schürrle. The former German national team player has without a doubt still the talent and with his one goal and two assists for Spartak has shown his ability to be a game-changer.

The big winners of the latest transfer update over on Transfermarkt were other players, however. Leading the pack at Spartak is new attacking midfielder Guus Tiel whose transfer evaluation has increased from €6 million to €12 million in the latest update. Tiel is not the only new player with an increased transfer evaluation—21-year-old Alex Kral, who was signed from Slavia Praha, saw his value increase from €3.5 million to €6 million. 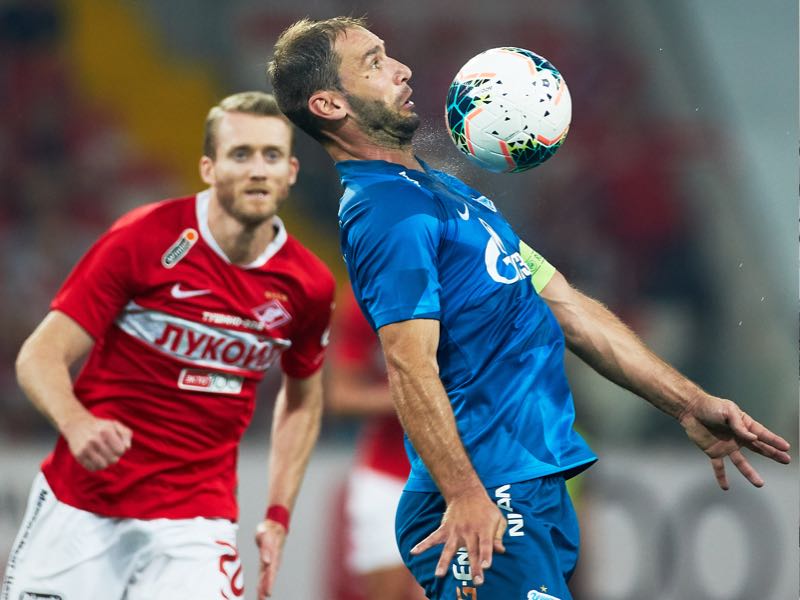 André Schürrle, in the meantime, has stabilized his transfer evaluation at €12 million—a far cry from the €25 million he was worth when he joined Borussia Dortmund in the summer of 2016.

It was a move that never worked out for either Schürrle or Dortmund. Since then Dortmund has loaned out Schürrle twice, first to Fulham and now to Spartak. Although not a great fit at Dortmund Schürrle does seem to do well in Spartak’s system judging by the first games of the season.

Under head coach Oleg Kononov the 28-year-old has often been utilized as a number 9 in the 4-2-3-1 setup. Despite being eliminated from the Europa League, it is a setup that has shown some early success this season.

Heading into matchday 9 Spartak are sixth in the standings. At a first glance, that is not an ideal scenario, but at a second glance, the Myaso are part of a six-team pack that is within three points of first place in the league. At the top of the table are Rostov, Krasnodar, and Zenit with 17 points each. CSKA are fourth with 16 points and are followed by Lokomotiv and Spartak.

It shows the competitiveness of this season’s Premier Liga. It also means that every game this season will be a key game and in André Schürrle Spartak have a difference-maker in tight games.

Equipped with a dangerous shot the 28-year-old striker is currently second in the league with 5.31 shots fired per 90 minutes. Schürrle also is third in the league with 19 shots outside the box. Hence, it only is going to be a matter of time until the floodgates open for the Spartak striker.