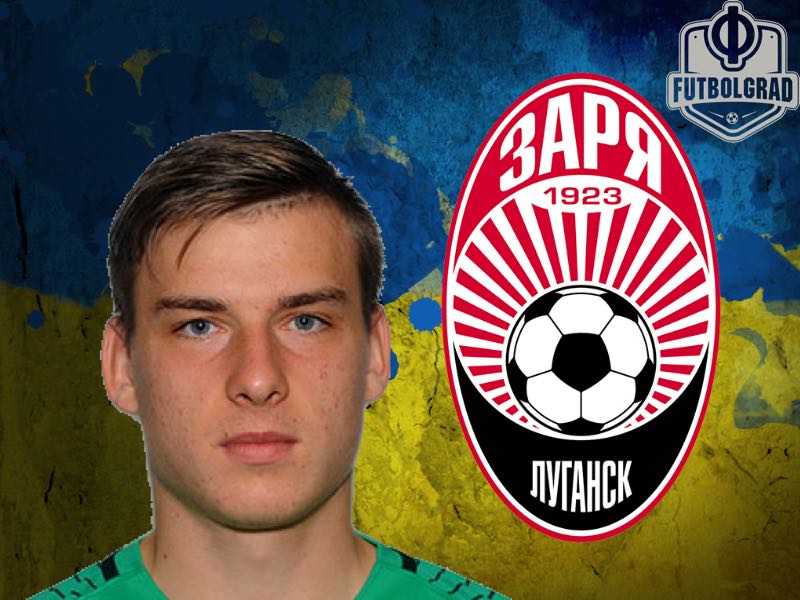 Not many football scouts will think of an 18-year-old keeper playing in the Ukrainian Premier League as one of the top prospects in European football. But Andriy Lunin is indeed a unique talent not only playing at a Europa League starter but firmly cementing his place in the starting eleven at a team that is among the best when it comes to developing talent in Ukraine.

Lunin’s career, however, started admits one of the saddest stories in modern Ukrainian football. A product of storied Dnipro Dnipropetrovsk, now merely known as Dnipro FC, Lunin was pressed into service as a 17-year-old last season after his club faced the prospect of bankruptcy thanks to owner Ihor Kolomoyskyi’s refusal to pay outstanding club debts. 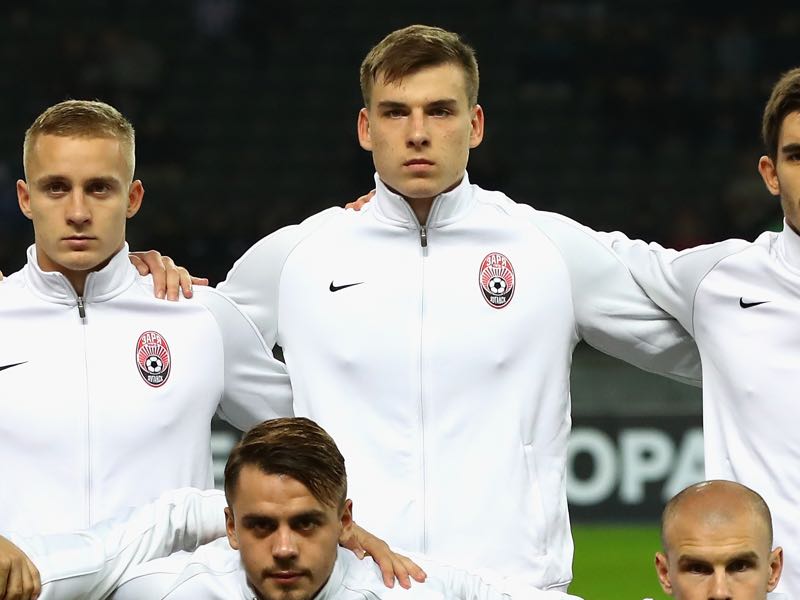 Dnipro FC were once one of the most successful clubs in Ukrainian football, and in 2015 they reached the final of the UEFA Europa League, where they were narrowly beaten by Sevilla FC. Faced with salary debts and FIFA sanctions, which included point reductions, and an owner unwilling to pay his due to the club, however, kept falling down the standings.

At the halfway point of the 2016-17 season, Dnipro FC had already sold most of their stars—completing a sellout of talent that began when the club was refused participation in the 2016-17 Europa League season by UEFA due to breaches with Financial Fair Play.

Financial Chaos and Departures Opened the Door for Andriy Lunin

Economic chaos and the departure of key players has meant that Dnipro FC were forced to field several players from the youth academies to make up the numbers in the squad. Furthermore, the departure of goalkeeper Jan Lastuvka and the lack of funds meant that the club had to trust then 17-year-old keeper Andriy Lunin to take place between the sticks.

It was an impossible task for an inexperienced keeper. But young keepers pressed into service by clubs in impossible situations usually can make the best out of a hopeless situation. The likes of Robert Enke and Marc-André ter Stegen, both at Borussia Mönchengladbach, for example, used the relegation battle to start world careers that would eventually lead to international recognition.

Relegation battle with a team that nothing has to lose means that there is little pressure on a young keeper. Given the impossible situation at Dnipro Lunin could only win and show that he was not just a talented keeper, but that he deserved to play in the Ukrainian Premier League not just because of his club’s impending bankruptcy, but on merit.

In 25 games with a depleted Dnipro squad, Lunin conceded 23 goals and managed ten clean sheets. In fact, had it not been for the deducted 18 points by FIFA and the Football Federation of Ukraine Dnipro would have managed to finish sixth and played in the championship round, rather than the relegation round of the 2016-17 UPL season.

Ahead of the relegation round Dnipro were once again deducted points, which altogether meant the club had lost 24 points thanks to Kolomoyskyi’s refusal to pay debts to former players and coaches. With that many minus points stacked against them, survival was almost impossible, and Dnipro were relegated with just 13 points. Once relegation stood FIFA determined that the club was to restart play in the Ukrainian Second League (third division) where the club is currently fighting for financial survival.

Relegation and third division football would, however, not become a part of Lunin’s problems. The now 18-year-old goalkeeper had proven that he could play on this level and Zorya Luhansk, freshly qualified for the Europa League, picked the keeper up on a free transfer. Now filled out to his full height of 191cm Lunin was brought in to challenge the already established Oleksiy Shevchenko.

Now halfway through the season Lunin has played 16 of 19 possible games in the Ukrainian Premier League and started in all six UEFA Europa League games for his club. His strong performances meant that Shevchenko was rooted to the bench for much of this season and decided to leave the club in January to find more playing opportunity.

Shevchenko’s departure means that Lunin, who will turn 19 in February, is the starting goalkeeper at one of the top clubs in his country. Furthermore, with Shakhtar Donetsk keeper Andriy Pyatov and Dynamo Kyiv lacking a true starter—Maksym Koval and Georgi Bushchan have shared the goalkeeping duty—Lunin might be the best Ukrainian keeper in the league at the moment. 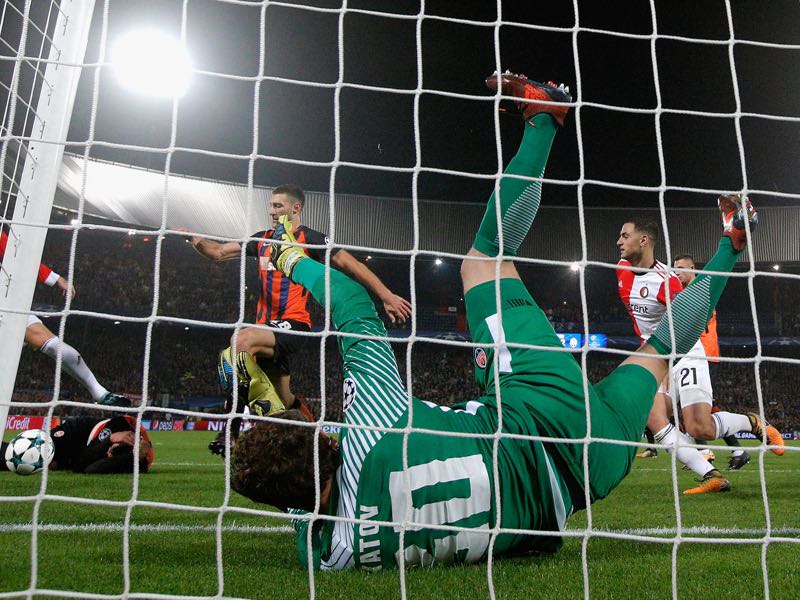 Being the best keeper in his national competition at such a young age is an outstanding achievement. Furthermore, there are not many keepers around the world in his age category, who are already playing regularly both in domestic and international competitions. Lunin is therefore in the same class as Sweden’s Pontus Dahlberg (IFK Goteborg) and Croatia’s Adrian Semper (Dinamo Zagreb).

Strong with already a good presence inside the box Lunin still is a bit of project. His opening pass at times is still off, and he struggles at time to move his body across the line. Both factors, however, can be worked on and are also somewhat understandable given his young age. Other than that the sky seems to be the limit for the talented Ukrainian keeper, who shortly might be able to challenge for a spot in Ukraine’s national team.