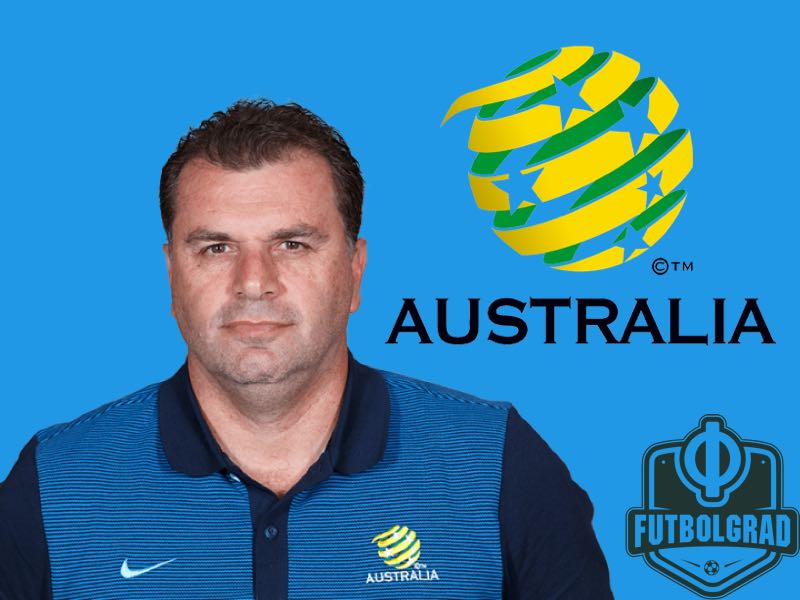 With rumours rife that Ange Postecoglou will leave his post following November’s qualifiers, here are ten candidates from Eastern Europe capable of stepping into his shoes, should the national team manager resign next month or at the conclusion of the World Cup in Russia the following July.

In 1967, the Australian Soccer Federation (ASF) appointed 31-year-old Czechoslovak coach Jozef Venglos as their new national team manager. Having coached Prague Sydney and the New South Wales representative team, the up-and-coming coach managed Australian before returning home and embarking on a successful managerial career which spanned the next four decades. An assistant coach during Czechoslovakia’s 1976 Euro triumph, he guided the national team to the quarter-finals of the World Cup in 1990 and was also in charge of Sporting, Fenerbahçe, Aston Villa and Celtic respectively.

His time as Socceroos manager came during a period when the national federation were favourable to the idea of men from Eastern Europe holding the nation’s top coaching role. Yugoslav coaches Tiko Jelisavčić, Rale Rasić and Frank Arok, spent 11 years combined in that role while Hungarian Joe Vlatsis guided the Roos to their first international trophy by winning the 1967 Quoc Khanh Cup. Despite the relative successes during those years, the national body has been reluctant to look eastwards since, preferring English, Dutch, German and home-grown coaches. We, therefore, took some time and looked at ten possible candidates from Eastern Europe, who could replace Postecoglou.

The 51-year-old Bulgarian played under the likes of Bobby Robson, Joachim Löw and Ralf Rangnick during his playing days which saw him feature for the likes of Sporting and Stuttgart respectively. He assisted Felix Magath and Matthias Sammer at the latter following the end of his playing days before managing Swiss top tier sides Grasshopper and St. Gallen. A member of Bulgaria’s 1994 World Cup semi-finalists squad, the former attacking midfielder has held posts with Hajduk Split and Kaiserslautern since then while also managing in his homeland. 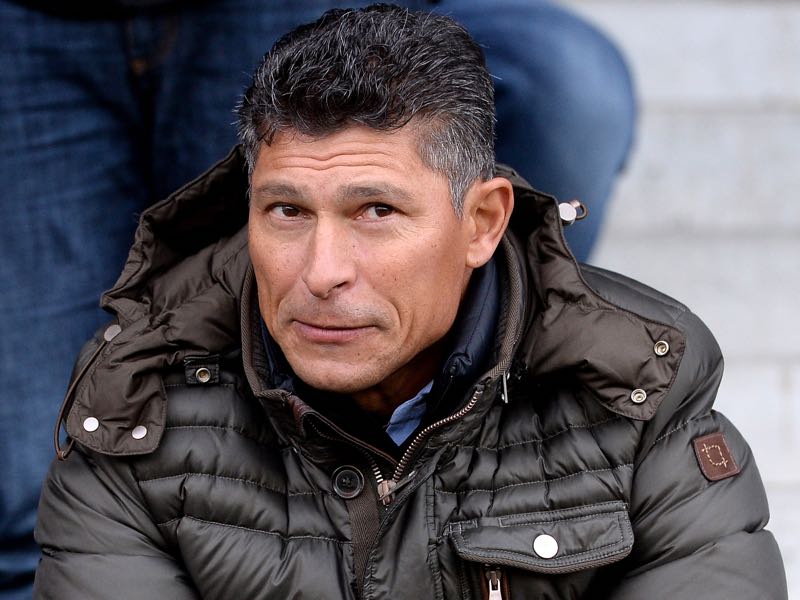 Proficient in English, the 56-year-old former defender is one of the most distinguished coaches in Macedonian football. A Belgium Cup winner with Club Brugge in 2007, he has also coached a couple of clubs in Cyprus as well as Serbian giants Red Star Belgrade. Formerly in charge of the Macedonian national team (2012-13), his Vardar Skopje side made history this season by becoming the first club from the ex-Yugoslav Republic to qualify for the Europa League group stages having sensationally knocked out big-spending Fenerbahçe in the qualifiers. 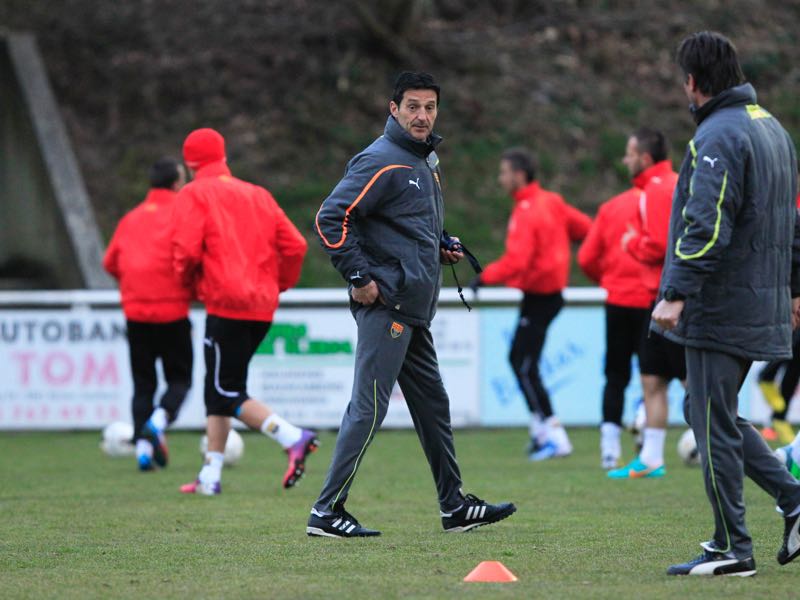 The up-and-coming 45-year-old Kosovar Albanian has been out of a job for a fortnight now having recently been relieved of his duties as manager at Greek powerhouse Olympiacos and would be available to replace Postecoglou. An ex-Albanian international, he made over 300 league appearances in Belgium and later continued his coaching development in the Low Country as an assistant coach at Anderlecht. He then became manager of the Purple and White and guided them to a Belgium league title in 2014 as well as a return to the Champions League group stages. Hasi then had a brief spell in charge of Legia Warsaw in Poland last year. 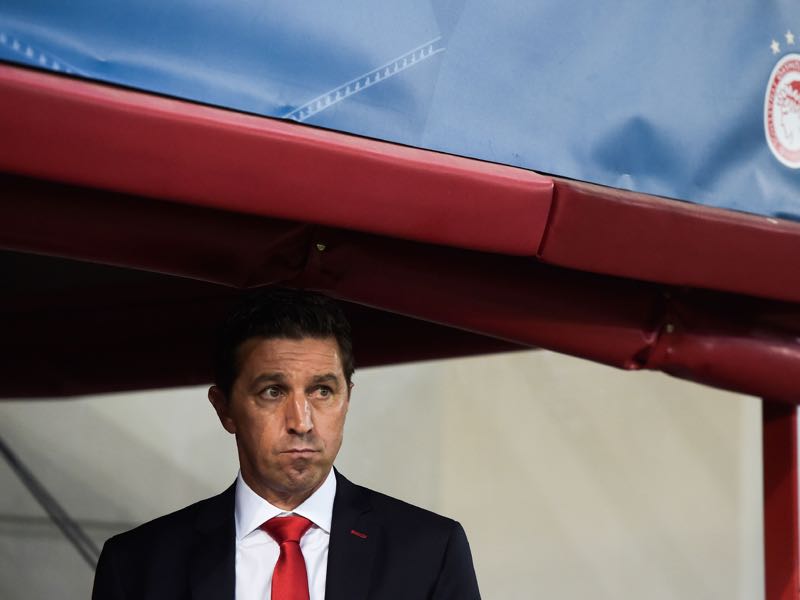 Besnik Hasi has recently been released by Olympiacos and could replace Postecoglou right away. (ARIS MESSINIS/AFP/Getty Images)

The father of former Rangers and Olympiacos winger by the same name, Weiss is one of the most credentialed Slovak coaches of the last decade. He represented Czechoslovakia at the 1990 World Cup and led Artmedia Petrzalka to the group stages of the 2005/06 Champions League. He then managed Slovakia to their first World Cup appearance in South Africa, a tournament which saw the Falcons reach the last 16 after sensationally eliminating Italy in the group stages. Weiss has achieved respectable results with the Georgian national team of late and speaks English and could be enticed to move to Australia to replace Postecoglou. 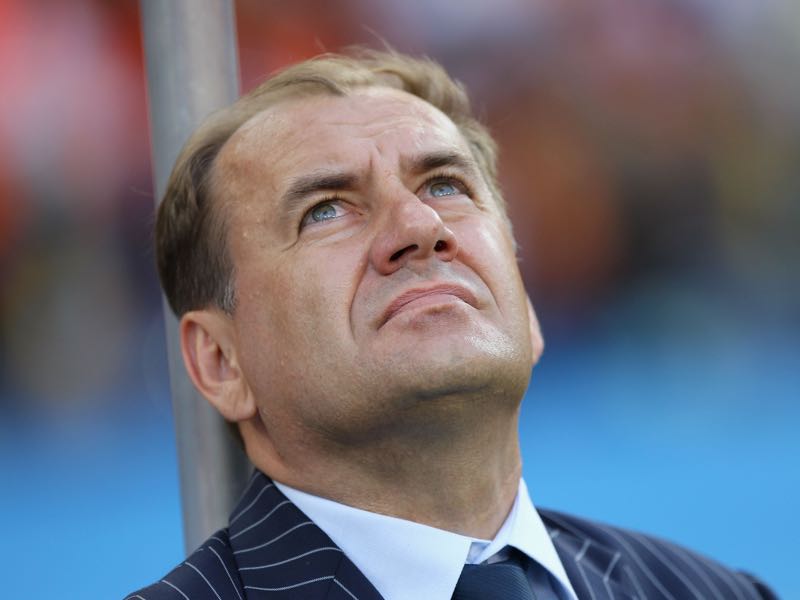 Vladimir Weiss is another candidate to take over from Postecoglou. (Photo by Doug Pensinger/Getty Images)

A name familiar with most Australian football fans, the 54-year-old won his second Czech league title with Sparta Prague in 2014 and is currently in charge of the nation’s 21 side. Won Czech Coach of the Year for the second time in his career in 2016 for his work in guiding the Little Lions to this year’s European Championships and has been credited for unearthing prodigious Roma striker Patrik Schick. Highly regarded by many within Australian football following his three-year stint at Sydney FC which saw the Sky Blues claim the 2010 A-League double. 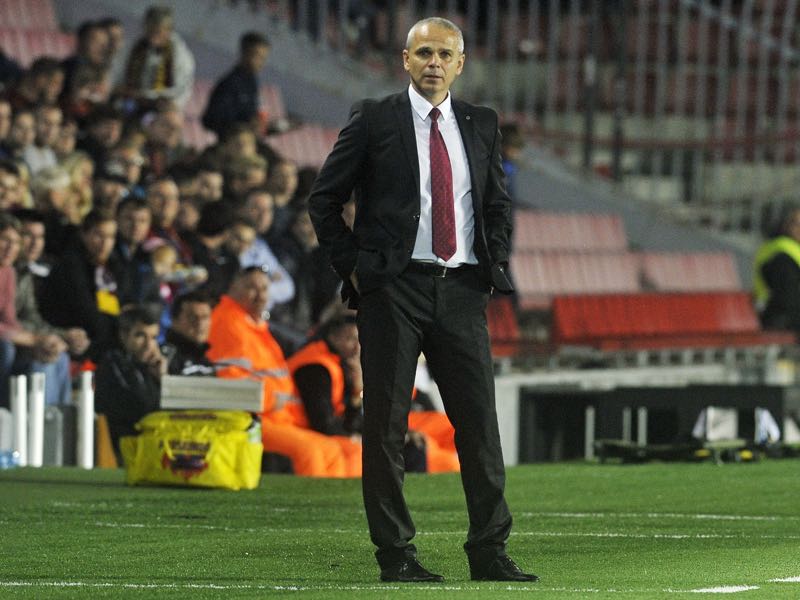 The legendary former Croatian international has spent the last three years in charge of the Azerbaijan national team, overseeing an improvement in results over that period. A European Cup winner with Red Star Belgrade in 1991, Prosinečki featured for both Real Madrid and Barcelona at club level. Won the best Young Player Award playing for Yugoslavia at the 1990 World Cup before being a part of Croatia’s historic third-place finish at France 98. He later became Slaven Bilić’s assistant with the national team as well as holding managerial posts with former employers Red Star and Turkish top tier side Kayserispor. 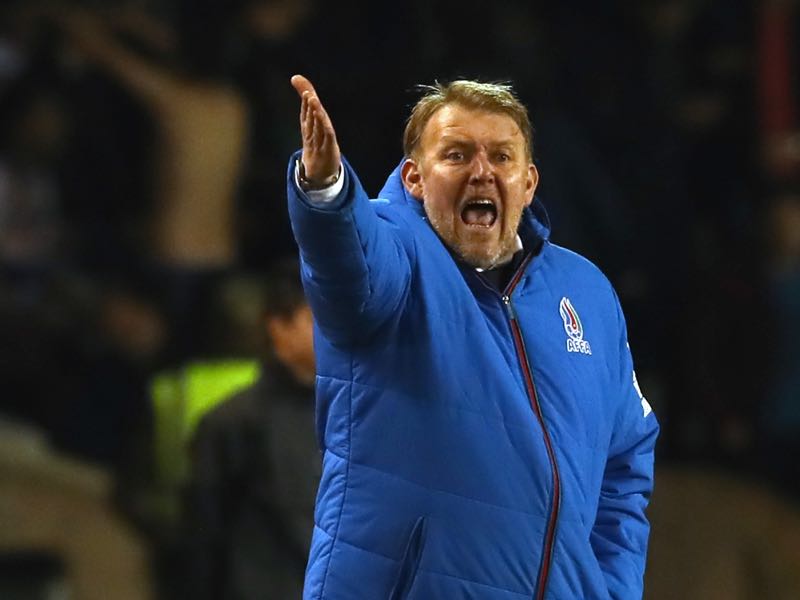 A veteran of 219 English Premier League appearances in a playing career which saw him play in four international significant tournaments for his country, the 49-year-old has become a widely respected coach post-retirement and would be a fantastic replacement for Postecoglou. He sensationally won the Romania league with minnows Unirea Urziceni in 2009 before managing Kuban Krasnodar and Dynamo Moscow in the Russian top flight. An English speaker, he has coached in Asia in recent years with spells in both China and the UAE and has previously worked with Australian players in Europe including Jacob Burns, Michael Thwaite and Luke Wilkshire, which could make appointing Petrescu an easy transition from Postecoglou. 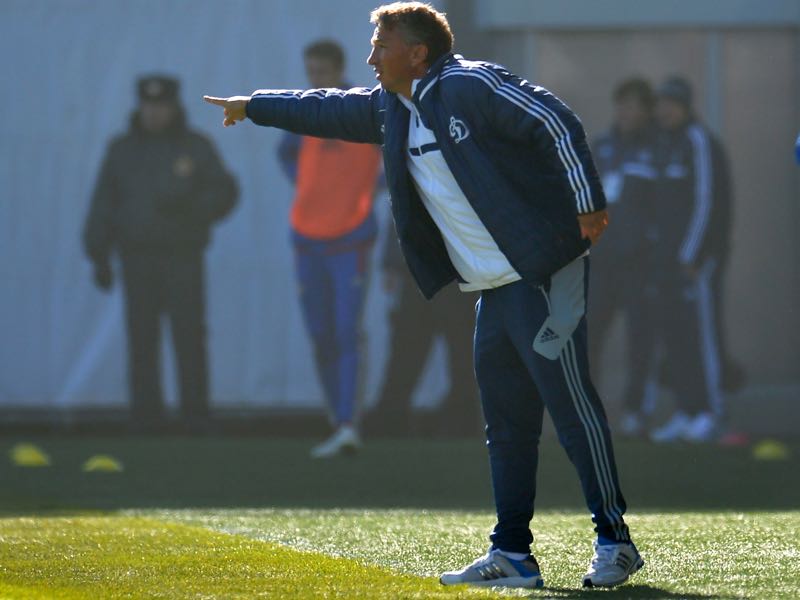 Former Dinamo Moscow coach Dan Petrescu is another great candidate to become the next Australia coach. (Photo by Epsilon/Getty Images)

A distinguished playing career saw the Slovene reach the 1989 UEFA Cup final with Stuttgart before winning the 1991 Serie A title with Sampdoria, whom he later appeared for in the 1992 European Cup final. Became the coach of the Slovenia national team in 1998 aged just 35, he guided the country to their first major tournament in Euro 2000 before successfully steering them to the 2002 World Cup. He then coached Olympiacos following the tournament before being national team manager of both Macedonia and the UAE, guiding the latter to the 2011 Asian Cup. After that Katanec returned to the Slovenian national team in 2013 and resigned from his post last week having failed to qualify for Russia. 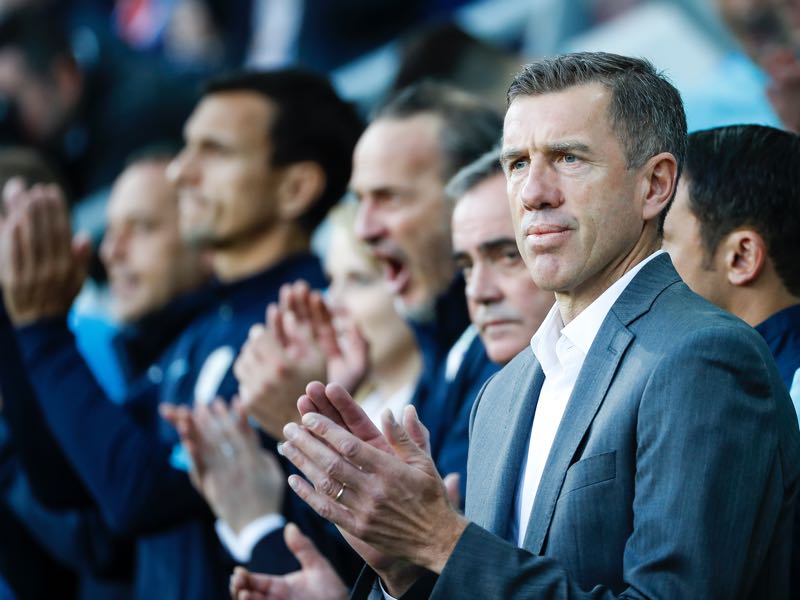 Katanec’s Yugoslav teammate at the 1990 World Cup, the 52-year-old is one of the finest players to ever come out of the Balkans. Stojković has held several administrative positions after retirement before taking up coaching in 2008 by returning to his old stomping ground Nagoya Grampus. He then won the J-League in 2010 and was subsequently named Manager of the Year in a team which featured Socceroos striker Josh Kennedy. His former coach Arsene Wenger touted the Serb as his successor at Arsenal and in 2015 was appointed coach of Guangzhou R & F in the Chinese Super League. He steered the club to a sixth-place finish last season despite having a smaller budget than most other CSL sides. Aussie striker Apostolos Giannou is currently playing under his guidance, and like many on the list, he is fluent in English. 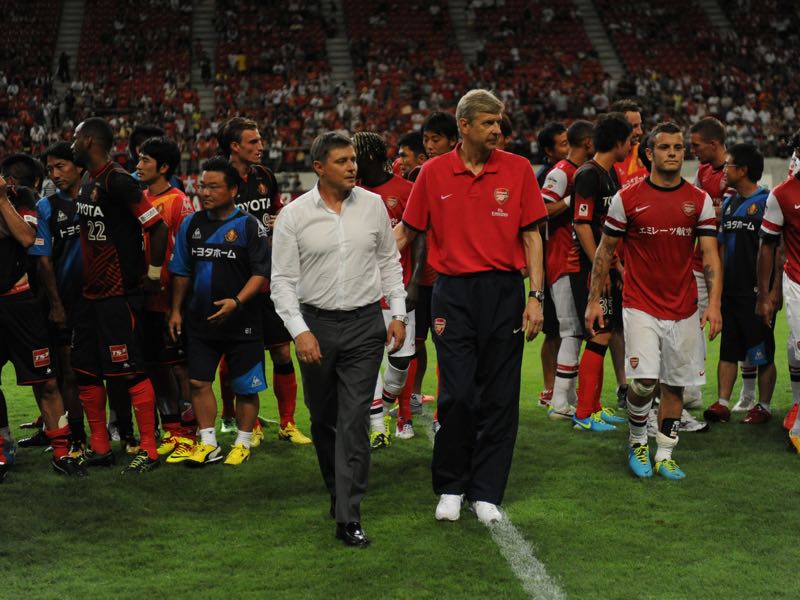 Dragan Stojković (l.) has already been labelled as a potential successor of Arsene Wenger (r.) at Arsenal. (Photo by Masashi Hara/Getty Images)

Nicknamed ‘the Emperor’, the 64-year-old is considered to be one of the best Turkish coaches of all time. A six-time league winner in his native country with giants Galatasaray, he has coached both Fiorentina and Milan in Serie A during the early noughties. Those stints came off the back of guiding Gala to a 2000 UEFA Cup triumph, which saw his team defeat Arsenal in the final. At an international level, he has had three separate spells in charge of the Turkish national team which he led to their first major tournament in 42 years by qualifying for Euro 1996. 12 years later, he memorably guided the nation to the semi-finals of the competition and in recent years took Galatasaray to the Champions League quarter-finals. 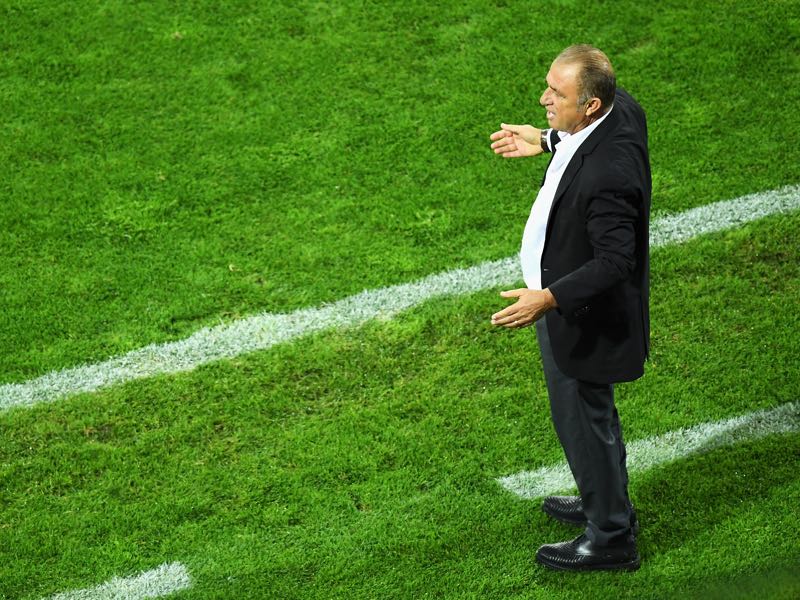 The Emperor Fatih Terim would be a big name replacement for Postecoglou. (Photo by Matthias Hangst/Getty Images)