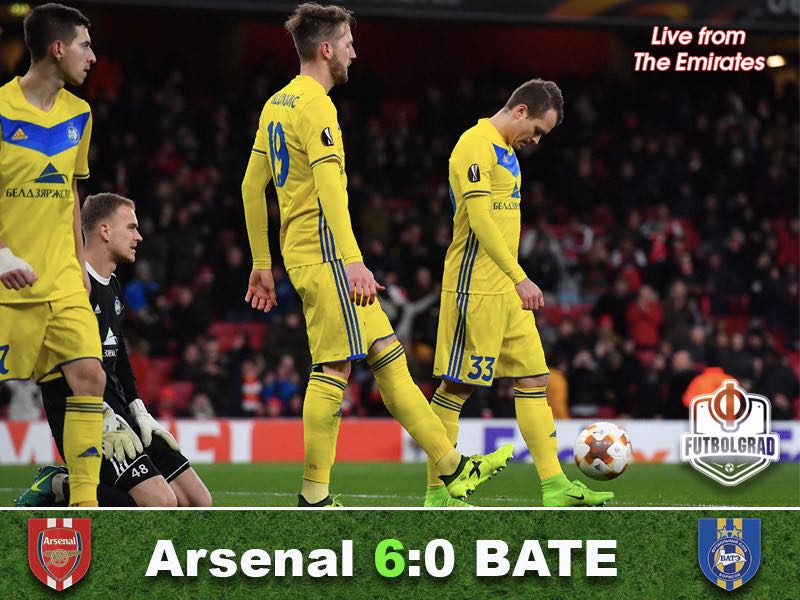 The Belarusian’s had their Europa League destiny in their own hands here at Arsenal, better 1.FC Köln’s overall result in Belgrade and they would qualify for the knockout stages of the competition for the first time since the 2010/11 season. Embarrassed at The Emirates they crashed out of the competition with a whimper.

Arsenal started the game brighter and their early pressure almost forced a quick breakthrough, Elneny clipping the outside of the post after just three minutes. The hosts had a big shout for a penalty on 14 minutes as Walcott was brought down in the box, the referee allowed play to continue – the resulting stray ball fell to Debuchy who smashed his shot past Scherbitski, it was a confident start from the already qualified Gunners.

Maksim Volodko was lucky to escape with only a yellow card as the game slowed its pace, a high (over the ball) challenge on Debuchy could have resulted in a dismissal on another night, the Austrian referee was sympathetic to his pleas. The Belarusians were beginning to look frustrated at their lack of possession, or control, within the tie.

The Londoners almost doubled their lead on 25 min, Scherbitski at full stretch bailed out Polyakov from an embarrassing own goal before the goalkeeper got up quickly to spread himself well, denying Walcott from point-blank range – the 28-year-old winger was starting to assert himself as Arsenal’s danger man.  With eight minutes of the first half remaining Walcott’s influence finally told. Left unmarked at the back of the box he had all the time needed to compose himself, converting a wayward clearance into the Gunner’s second goal.  Jack Wilshere added a third the first half drew to a close, curling the ball past the stranded Scherbitski from 20 yards. The Englishman scoring his first competitive goal for Arsenal since 2015. 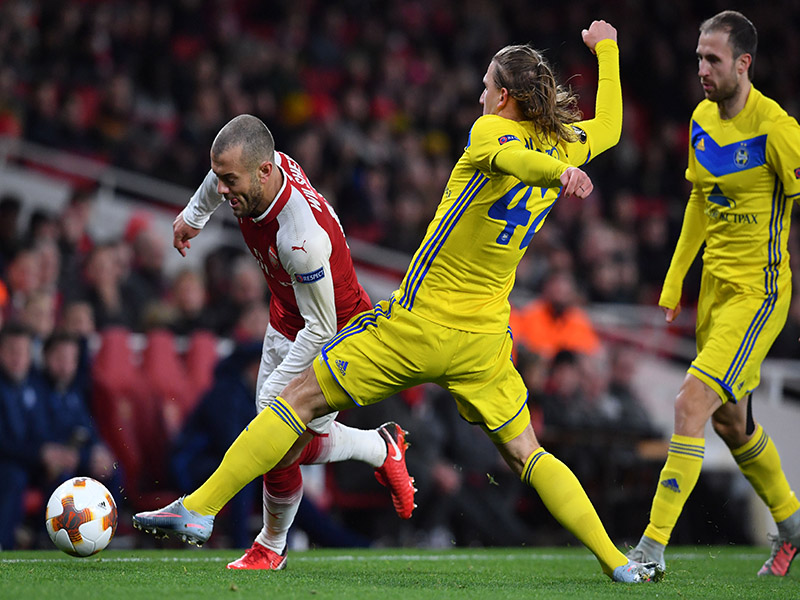 Aleksandr Yermakovich will have tried to rally his side at halftime but it quickly counted for little. Arsenal made their first probe into BATE territory six minutes after the break – not content with almost scoring an own goal in the first half Polyakov this time went one better, slicing the ball past his own goalkeeper. The defender was under no pressure and his calamitous reaction summed up the Belarusian champions night.

French striker, Olivier Giroud added a sixth goal from the penalty spot after Milunović awkwardly challenged Walcott in the box. Mohamed Elneny finally capped a fine performance for Arsenal, adding a sixth goal via a superbly curled shot from outside the area. It was a result to forget for the visitors from the Minsk region.

Arsenal vs BATE Borisov – Man of the Match – Theo Walcott 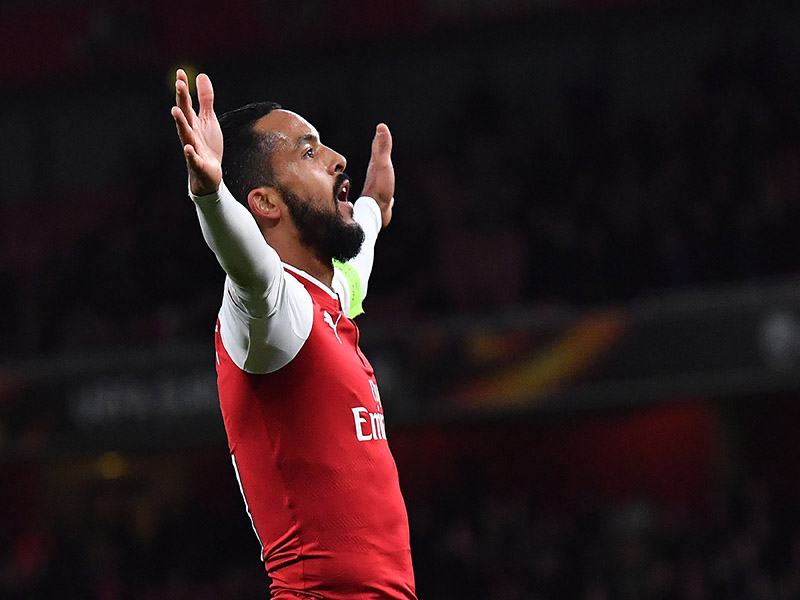 The Arsenal captain was a preverbal ‘thorn in the side’ of the Belarusian champions from the referee’s first whistle. His quality on the flank was too much for Dragun and Volodoko to handle. Creating chance after chance he was eventually rewarded with a goal on 37 minutes, finishing well from just inside the box. His work-rate and leadership was again rewarded for his tenacity in the box resulted in a penalty. Replaced on 71 minutes by Reiss Nelson the midfielder had powered the London side to an emphatic victory.

BATE were emphatically beaten here at The Emirates. Bettered in every area of the field they end Group H seated at the bottom. Having won just twice in their last 24 European away fixtures they will need to look at how they approach this competition.  If they have any future aspirations of making it into the Round of 32, for only their second time in history, they will need to improve significantly next season.