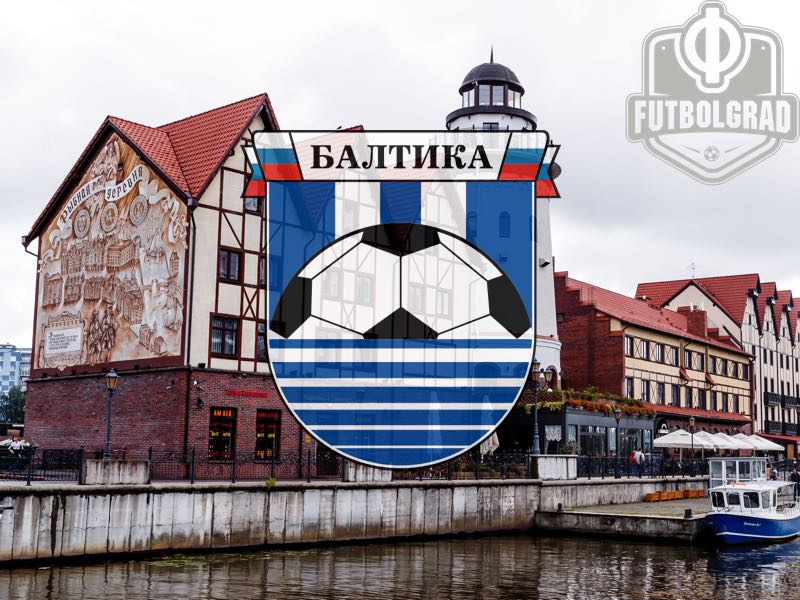 Baltika Kaliningrad and the World Cup – Risks and Opportunities

While much of the Russian Football Premier League was cancelled on Sunday to guarantee peaceful procedures in and around the Russian presidential election – spoiler alert Putin won – the Russian Football National League proceeded with business as usual by playing all games on Saturday. Playing in the league are Baltika from the Russian enclave of Kaliningrad and the club won their Saturday fixture against Rotor Volgograd 1-0.

Reaching the Russian Football Premier League would avoid some uncomfortable questions for the Russian World Cup organisation committee. The city of Kaliningrad will host World Cup games next summer, but there have always been doubts over the readiness of Kaliningrad’s stadium as well as what will happen with the facility after the show moves on to Qatar.

As the Russian site, Meduza reported the stadium is built on a drained swamp and part of an embezzling scandal that involved 750 million rubles the Kaliningrad World Cup stadium is a site of contention. With a capacity of 35,000 seats for the World Cup and 25,000 after the World Cup critiques have argued that the stadium could be too large for Baltika.

Baltika average 4,500 spectators a game in the second division

The second division club currently attracts 4,500 visitors to matches. Whether that number would grow exponentially to satisfy the construction of a €257 million 25,000 seater stadium remains to be seen. One thing is for certain, promotion to the top flight would certainly help to increase attendance once Baltika move into the new stadium.

Furthermore, one year ago promotion to the top flight seemed very much in doubt as the club faced financial problems and at one point could not pay player salaries. Critiques, therefore, suggested that only a visit by President Vladimir Putin could fill the stadium.

One year on, however, things have slightly changed. Contentions around the stadium and the significant construction costs remain. But Baltika’s recent success in the Russian second division provides a glimmer of hope that the stadium could be useful after all.

Speaking to Sport24.ru General Director Teymuraz Lepsaya is optimistic that the club could soon play its first game at the new stadium. Lepsaya was appointed last season and rescued the club from bankruptcy and after a restructuring of the organisation has turned the club around. Owned by the Kaliningrad Oblast the club had arranged a friendly with Schalke 04 for the international break on March 22. But the game had to be cancelled due to the poor weather in the region. 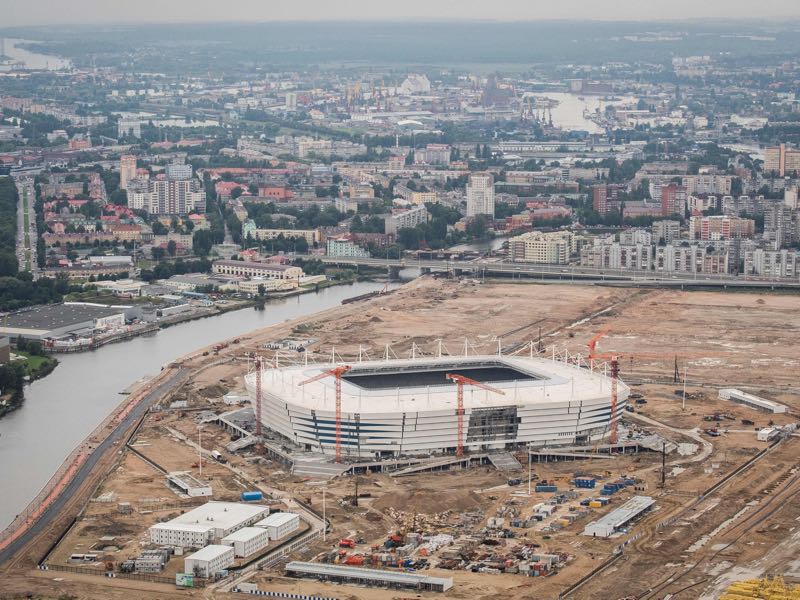 The Kaliningrad Stadium is nearing completion and was supposed to be opened this week in a friendly between Baltika and Schalke. (MLADEN ANTONOV/AFP/Getty Images)

“We have good relations with the leadership of Schalke and are grateful to the heads of Gazprom, which have contributed to the organisation of the meeting. We will try to play a friendly at the new stadium after the World Cup is concluded,” Lepsaya said.

Instead of Schalke Baltika are hoping to open the arena on April 11 against Krilya Sovetov Samara. Lepsaya is also optimistic that the club can achieve the 70% occupancy rate demanded by FIFA to test the new facility: “For the first test match we were recommended to open the stadium to no more than 10,000 spectators. Baltika is the most visited FNL club, and the match against Krilya Sovetov is already causing some excitement in the city. We will have no problems to fill the stadium.”

The stadium is now 99% finished, and Lepsaya believes that the stadium will have a positive impact on the club. Furthermore, the club is now in a healthy position in which it could truly benefit from playing at the new facility. “When I arrived, the team was in a poor place. To protect the club from relegation, it was necessary to overcome a ten point deficit. On top of that, there were many obscure contractual obligations and financial ballast to get rid of. We all worked day and night to save the club.”

Promotion could catapult the club to a new level

Introducing a loyalty card scheme for season ticket holders, Baltika managed to tenfold their sales of season tickets from 50 to 500 this season. Support by the oblast in the form of Governor Anton Alikhanov and the deputy chairman of the regional government Aleksandr Shenderyuka-Yidkova has also helped in solving some of the organisational problems the club faced in recent months.

At the same time, Lepsaya also admits that the club is not rich. “We are still far from full financial well-being, but there is no more debts to players. Some nuances need to be addressed since the past year; we have to deal with them,” Lepsaya said. Furthermore, clubs competing for promotion far exceed Baltika’s financial capabilities with Orenburg, for example, receiving direct sponsorship from Gazprom. 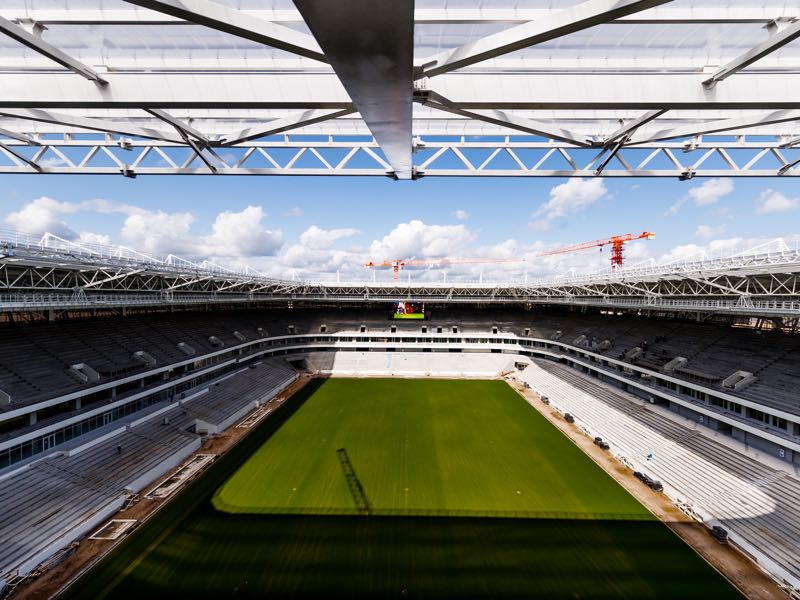 Baltika believe that they can fill the Kaliningrad Stadium ahead of the World Cup. (Photo by Lars Baron/Getty Images)

Lepsaya, however, also points out that the new stadium and potential promotion could help Baltika to become a strong team in Russia. “The support in the Premier League will increase. Also, it will be easier to negotiate with sponsors. Overall many of our infrastructure problems will be solved after the World Cup.”

The situation in Kaliningrad highlights the pros and cons of staging the World Cup in the city of Kaliningrad. Baltika’s promotion could propel the city on Russia’s football scene. It would also mean the new stadium would be filled after the World Cup eliminating fears that the stadium could become a white elephant.

At the same time, we have seen in the past that clubs failing to reach promotion to the Russian Football Premier League can quickly fall down the ladder within the difficult to navigate Russian second division. As of now the club, much like the stadium, seems to be built on unstable foundations and only promotion could secure the future long-term.