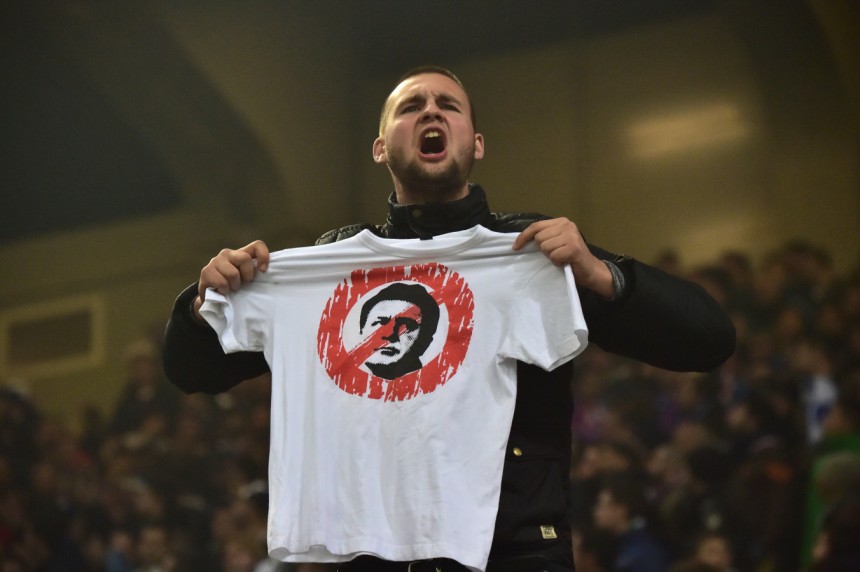 Their power, regrettably, has been achieved through unscrupulous means, and both brothers have been under investigation in Croatia. In July, both were arrested for tax evasion in connection with several transfers including Luka Modrić’s €21 million transfer from Dinamo Zagreb to Tottenham Hotspurs in 2008, and Dejan Lovren’s €8 million transfer from Dinamo Zagreb to Olympique Lyon in 2010. Both brothers, however, were released on bail on July 15—just in time for Dinamo’s important Champions League qualification match against Luxembourg’s CS Fola Esch—and currently remain in power at Dinamo Zagreb.

As a result, many Dinamo Zagreb fans now boycott Dinamo’s home matches at the Maksimir Stadium. Dinamo’s most powerful ultras the so called Bad Blue Boys left the stadium when the Mamić brothers appeared against CS Fola Esch, and they have since upheld their boycott of home matches. In fact, despite being Croatia’s best team, Dinamo currently plays in front of only a handful of fans— Dinamo’s last home match against Osijek, for example, attracted a mere 500 fans. 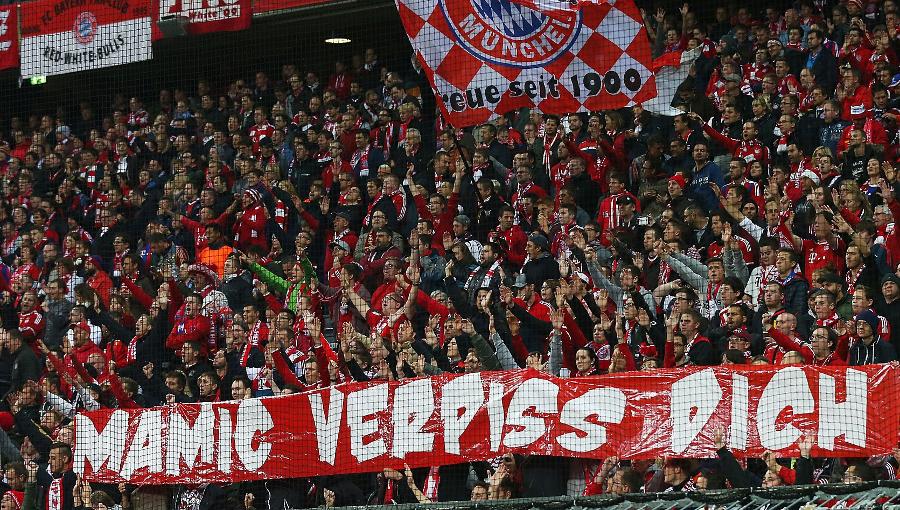 On Tuesday night, the banners that Bayern fans unfolded (photos can be found here) read: “Korruption, Betrug, Mordauftrag: Der Dinamo-Präsident ist ein Verbrecher! (Corruption, Fraud, Murder Order: Dinamo’s President is a Criminal!)” It was an unusual show of support from one fan group to another as Dinamo Zagreb fans also made their dislike of the brothers heard from the stands. Dinamo is Croatia’s most popular club and many Croatians used the combination of the Oktoberfest and Dinamo’s visit to Bavaria to justify the long drive to Munich. There, they were joined by Munich’s large Croatian community—which meant that Dinamo enjoyed a large away support for the match. 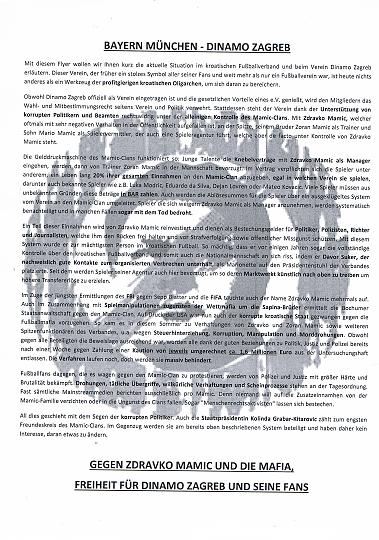 Before the game kicked off, Dinamo fan groups lobbied on Munich’s streets against the activities of the Mamić brothers at Dinamo Zagreb by distributing flyers (see above) that read “Against Zdravko Mamić and the Mafia, Freedom for Dinamo Zagreb and its Fans”. With all this activity playing such a prominent role, one could almost forget that there was an actual Champions League contest to be played in Munich on Tuesday night. In the end, Dinamo Zagreb’s squad of talents—most prominently Marko Pjaca, who ironically is heavily linked with a transfer to Munich—that carried a 45 match unbeaten streak to the Bavarian capital, was easily brushed aside 5:0 by Bayern Munich.

Dinamo Zagreb an Import-Export Business for the Mamić Brothers

Dinamo’s current crop of talented players, which in addition to Pjaca include the 20-year-old Marko Rog, who is linked to Liverpool and Borussia Dortmund, and 18-year-old Ante Corić. Rog came on in the last thirty minutes of the Bayern game, and provided Dinamo with the only small bright spot during the game. But as has been the case in the past, the only people who will benefit from any transfers of the current crop of talented players will be the Mamić brothers.

Over the past ten years, Dinamo has earned €150 million in transfers, but rather than directing investments into the club’s infrastructure, much of it has disappeared into dark channels. The brothers have made money not only by transferring players away from Zagreb, but also through third-party ownership deals signed with players individually. Normally the Mamić brothers sign private-contracts with players that allow them, not only to earn money on transfers from Dinamo to a foreign club, but also to subsequently earn the brothers profits of up to 20% for any potential future transfers as well on the private contracts players sign with foreign clubs. 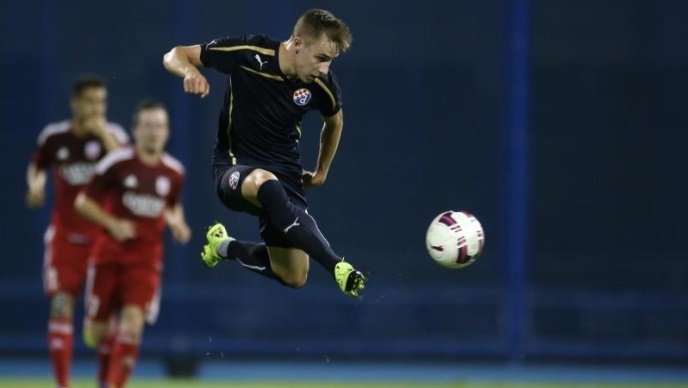 This was the case in the above-mentioned transfers of Modrić and Lovren, and also in the case of the Croatian-Brazilian Eduardo, who currently plays for Shakhtar Donetsk. Two years ago Eduardo won a lawsuit against the Mamić brothers when he declared that he wasn’t fluent in Croatian at the time that the brothers told him to sign his third-party ownership contract. In addition to tax evasion, the third-party ownership agreements signed between several players and the Mamić brothers, are now also under investigation.

Whether the brothers will ever be apprehended for their crimes remains doubtful, for according to Germany’s Sueddeutsche Zeitung, Zdravko Mamić has a well-integrated network in Croatia’s politics that reaches far into the Ministry of Justice. This is a significant obstacle for the fans whose goal is that Croatia’s football be freed from the criminal activities of Dinamo’s power brokers.

The Cancer for Croatian Football

Germany’s 11Freunde Magazine called the Mamić brothers a cancer that could permanently damage Croatia’s football. It is likely that the influence of the Mamić brothers will keep on growing as long as Dinamo’s youth academy continues to produce players that can be sold at a profit, and as long as clubs in the west are willing to negotiate with the brothers in order to secure these young players from Dinamo’s academy system.

For the Mamić brothers, their control of Dinamo’s youth academy system, as well as their strong connections with the upper echelons of Croatia’s political circles have helped to create a situation in which they have little to fear from Croatia’s justice system. It appears that the worst they can fear is another heavy ended defeat by Bayern Munich, as it is almost a certainty that both Mamić brothers will remain untouched by Croatia’s justice system by the time the German champion travel to Zagreb for their return leg on December 9.