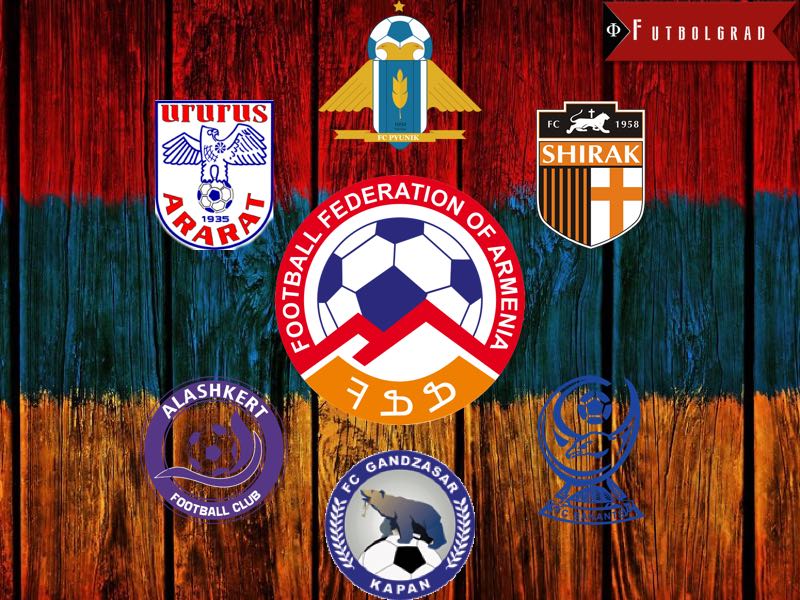 Championship of Derbies – The Armenian Premier League After the Winter Break

The Armenian Premier League will come back from the winter break on March 4. The league will open with the match between  FC Banants and Alashkert. The smallest national league in Europe, where six teams meet each other six times during the season, and every matchday sees several derbies, usually changes dramatically after the three month break, and both the experts and the fans have often said, “There are two leagues in Armenia—before and after the winter break”.

FC Shirak from Gyumri leads the championship after 17 games with a four-point advantage over FC Alashkert. FC Ararat is the outsider with only six points, and what they need to do is to simply complete the remaining games—there is no relegation in Armenia. FC Banants will try to join FC Gandzasar-Kapan and FC Pyunik in the fight for the Europa League places. This was the situation before the break, but what will happen after the break?

The Championship of derbies

The Armenian top-flight football championship started in 1992 with 24 teams, 15 of which presented 14 different cities across Armenia. By January 2015, after the exclusion of FC Mika and FC Ulisses, the current format had only six teams left.

The league was mainly concentrated in the capital city, Yerevan, in recent years. After the crash of FC Impuls from Dilijan, there were only two clubs that were not based in the capital—FC Shirak from Gyumri and FC Gandzasar-Kapan from Kapan. The match between the two clubs was known as the derby of the regions, and there were also six derbies between the clubs from Yerevan. 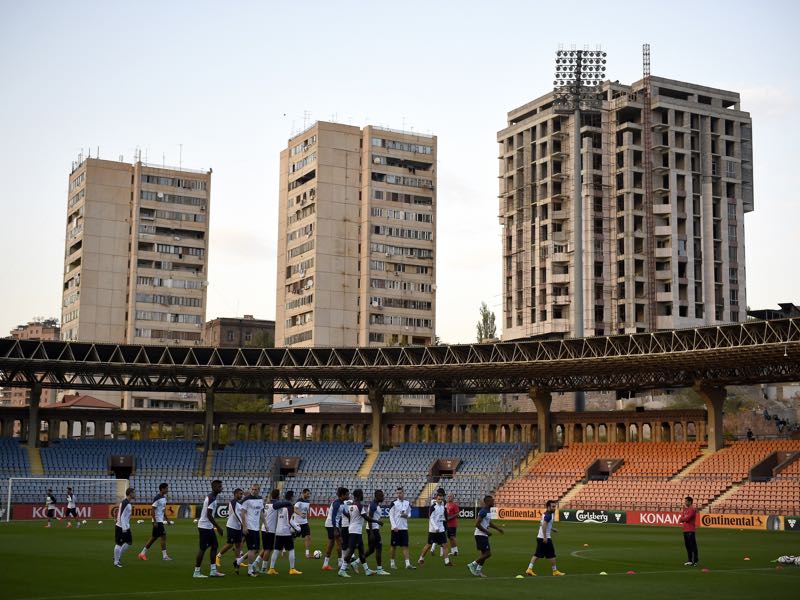 A city of derbies. The majority of games will take place in Yerevan (FRANCK FIFE/AFP/Getty Images)

The statement from the Football Federation of Armenia later this week announced the death of local football for the fans from Kapan. The local stadium of Kapan City was disallowed to host Armenian Premier League games due the lack of infrastructure, and problems with the pitch and facilities. Although the news was shocking for the FC Gandzasar-Kapan fans—one of the biggest fan groups in Armenia along with FC Shirak supporters—the club was probably not worried about the decision. The club trains in Yerevan, and travels to play their home games in Kapan just as a visiting team would. Now they can play in Yerevan and save not only their time, but also their money, as Kapan is one of the farthest cities from the capital.

Now five of six football clubs in Armenia are based in Yerevan. So, we could see derbies every week. But these are not the usual football derbies which attract thousands of fans and create a fantastic atmosphere in the stadiums. This means a further reduction of attendance. The only teams which are able to collect about 1000 supporters in the stadium, were the teams from the regions, while the Yerevan-based clubs usually had not more than 200-300 fans watching their matches.

The only hope to resurrecting football away from the capital is the newly founded football academy in Vanadzor, where some businessmen are interested in creating a club.

First foreign goalkeeper after a six-year-break

A limit of foreign goalkeepers was set by Football Federation of Armenia in 2011 to foster the growth of Armenian goalkeepers for the national team. Armenian clubs consequently struggled to fill their squads with goalkeepers of Armenian nationality during the first season after the regulation changed. But then many clubs found Armenian players who were born in Russia, and also developed their own keepers. Meanwhile, only three goalkeepers have protected the goals of the Armenian national team during this time, and two of them—Roman Berezovski and Gevorg Kasparov were in the team long before the reforms. 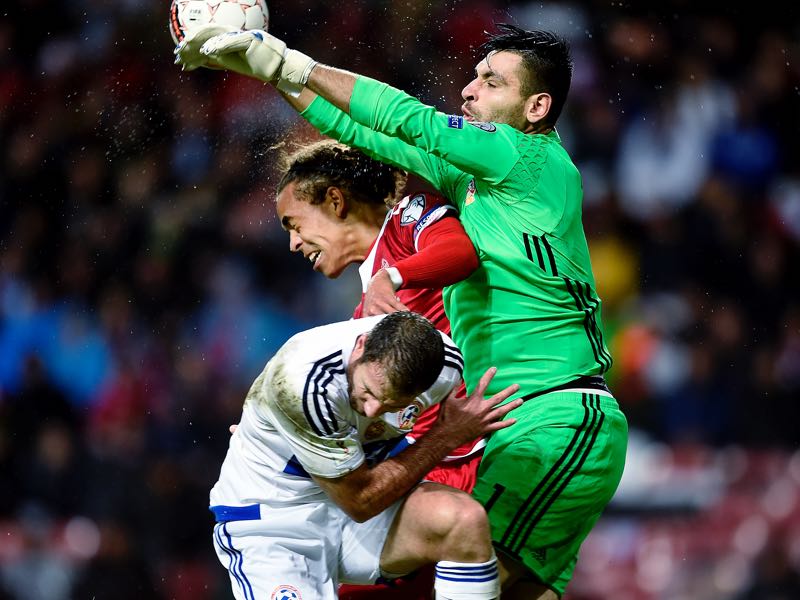 Armenia’s national team number one goalie, Arsen Beglaryan, is the only goalkeeper, who broke into the national team as a result of the limitation. Anatoli Ayvazov of FC Shirak is another good keeper with a promising future, and he is now the first Armenian keeper to enter into a competition for the number one place with a foreigner, as the club from Gyumri has signed the Russian goalkeeper Vsevolod Yermakov during the winter break.

Other clubs are not keen to invite foreign goalkeepers, and are generally satisfied with the Armenian ones, however. Although it is quite difficult to assess the impact of the reforms for the national team, we could attempt to identify those clubs likely to win due to the changes to the regulations.

FC Ararat was the number one loser of winter break, as the club failed to keep their leaders and did not invest in foreign training camps. Five other teams organized training camps in Turkey, Cyprus, and Russia and played a large number of friendly matches, with Alashkert flying to USA, where they played against Major League Soccer side LA Galaxy and Real Salt Lake.

FC Banants took a new course in their strategy, relying mainly on young Armenian young talent and players from their own academy—one of the best in Armenia. One of the top scorers of the Armenian Premier League—the Brazilian, Laércio, and some other foreigners—have left the club, meanwhile the club brought back some talented players from FC Ararat and FC Alashkert.

FC Pyunik is the least changed team after the winter transfer window—the club played the first part of the season with their academy graduates and managed to develop a good team. Artak Oseyan’s side will only miss the Armenian national team defender, Kamo Hovhannisyan, who joined the Belarussian club, FC Torpedo-Belaz. Hovhannisyan was one of oldest players in the squad, although he is still only 24, and now FC Pyunik has the lowest average age in the league.

FC Shirak, meanwhile, has brought in another group of foreign players, mostly Africans, who were the best performers in the attack of Gyumri’s team recently. Champions, FC Alashkert and Gandzasar-Kapan, also signed a large number of players of different nationalities and positions.

Except for FC Ararat, all the teams are now well-equipped to start the battle for their goals, which are so few in the Armenian Premier League.