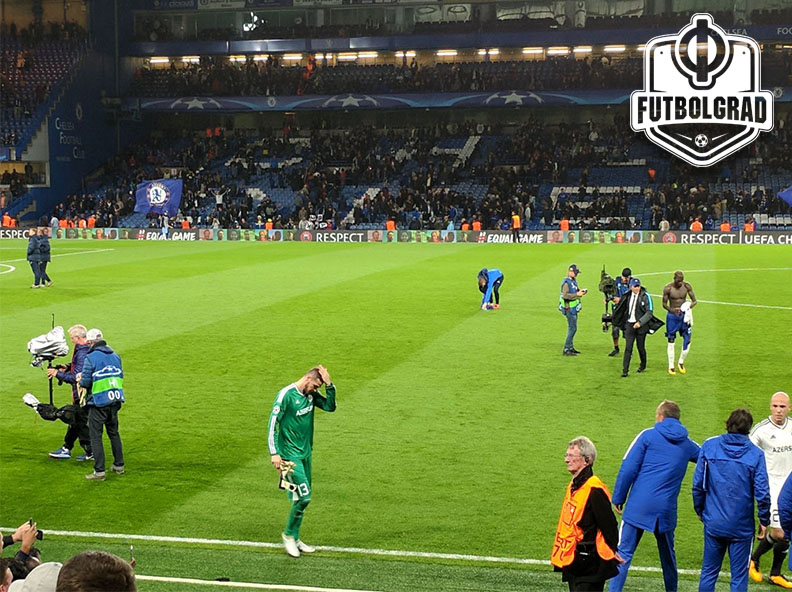 Qarabag found the going tough in West London as the side from Azerbaijan went down 6:0. In doing so they equal the record for the biggest defeat in a Champions League debut match, matching SC Braga’s result at Arsenal in September 2010. With the English champions dominating possession and dictating the tempo from start to finish, there was little opportunity for Qarabag to test their hosts. On the rare occasion the Horsemen had a sight of goal, it was their composure that was found to be lacking.

From the minute the whistle went, it was ‘backs to the wall’ for the side from Azerbaijan. Antonio Conte’s men looked to attack immediately, pressing their visitors from the kickoff. N’Golo Kanté — king of the press — started a tremendous display from the very second the Greek official blew to get the match underway. It wasn’t long before the 2012 Champions took the lead, Pedro with a right footed curler on the edge of the box, Šehić tried to stop it with an out stretched hand, but the Qarabag goalkeeper could only watch as the ball rippled the net — the game was only six minutes old and the Horsemen found themselves a goal behind. The tempo had been set, Chelsea looked to attack at every given opportunity, and it could have been 3:0 by the time Qarabag got a chance to string three passes together. It had been a crazy 10 minutes for the Azerbaijanis, they did though get a breakaway on 11 minutes – Henrique, down the right flank, should have fed the ball through to Ndlovu, but the Brazilian couldn’t find the right weight on the pass. Had he judged it better, the South African attacker was one-on-one with Courtois, it was a good chance that was unfortunately wasted. On the half hour, one became two—Zappacosta with a rip snorter from 25 yards out. What a way to introduce himself to the Stamford Bridge faithful on his debut, once again Šehić could only watch as the ball hit the net. Qarabag were clinging on and as the half time whistle went, 2:0 was an escape. 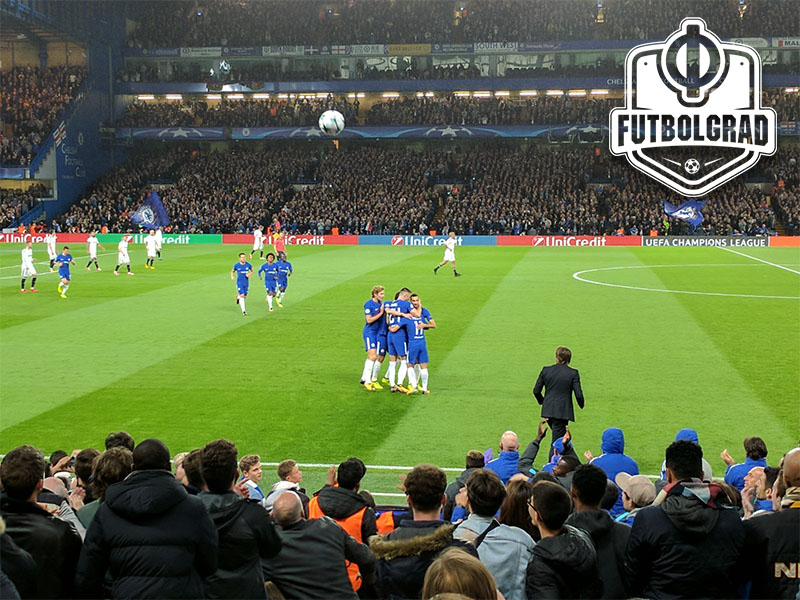 Willian started the second half just as he had finished the first, exceptionally strong. The Brazilian was undoubtedly the man of the match, and his class oozed to the surface on a wet and windy night at Stamford Bridge. With the second half only 10 minutes old, Willian was sent flying by Hüseynov — a ridiculous challenge on the Chelsea forward resulted in a dangerous free kick opportunity 20 yards out. Up stepped the Brazilian to float in an inviting cross, Azpilicueta rose well to head the ball into the goal, 3:0 and the game was all but over – the Chelsea right back dispatched his chance with ease. Hüseynov’s challenge suddenly became a costly one, and Šehić began to take on the appearance of a broken man. Three became four on 71 minutes as Bakayoko scored his first Chelsea goal, a half volley from the edge of the six-yard box, the score line was in danger of becoming a cricket score and Chelsea didn’t look like relaxing the attacking tempo. It was no surprise then as just five minutes later it became 5:0, Batshuayi curled the ball home from 18 yards, beating Šehić at his near post. The rout was complete on 82 minutes, another defensive error — Hüseynov failed to clear his lines, and the ball was fired across the box by Willian. Michy Batshuayi looked to have grabbed his second of the night, but the final touch came from Medvedev — an own goal adding insult to injury for the Horsemen. It had been a harsh introduction to UEFA’s premier competition for the debutants from Azerbaijan.

The Brazilian was a handful all night, tearing down the Chelsea right forward line he tore apart the Qarabag left side, undoubtedly giving nightmares to both Hüseynov and Medvedev. Looking to drive and attack at every given opportunity he looked every inch a champion and will have given a clear message to the rest of Group C that he will be one to observe over the following matchdays. A fantastic night was almost capped with a goal on 67 minutes – picking up the ball 25 yards from goal he drove into the Qarabag area, unleashing a shot from just inside the 18-yard box Šehić was routed to the spot – however, the ball cannoned off the crossbar.

Zappacosta introduced himself to the Stamford Bridge faithful with an absolute ‘rip snorter’ of a finish. From 25-yards out he hit a delightful shot that left Šehić a spectator in the Qarabag goal.

Chris Williams is a freelance European football journalist. Covering the Bundesliga, Premier League and both of UEFA’s European club competitions, he can be found somewhere between the Kop and Yellow Wall.  Published in both local and international publications, such as the Liverpool Echo and Sport Bild, he also contributes to television and radio across the United Kingdom. A member of the UK’s Sports Journalist Association and the International Sports Press Association (AIPS) he lives and breathes football. Follow Chris Williams on Twitter @Chris78Williams