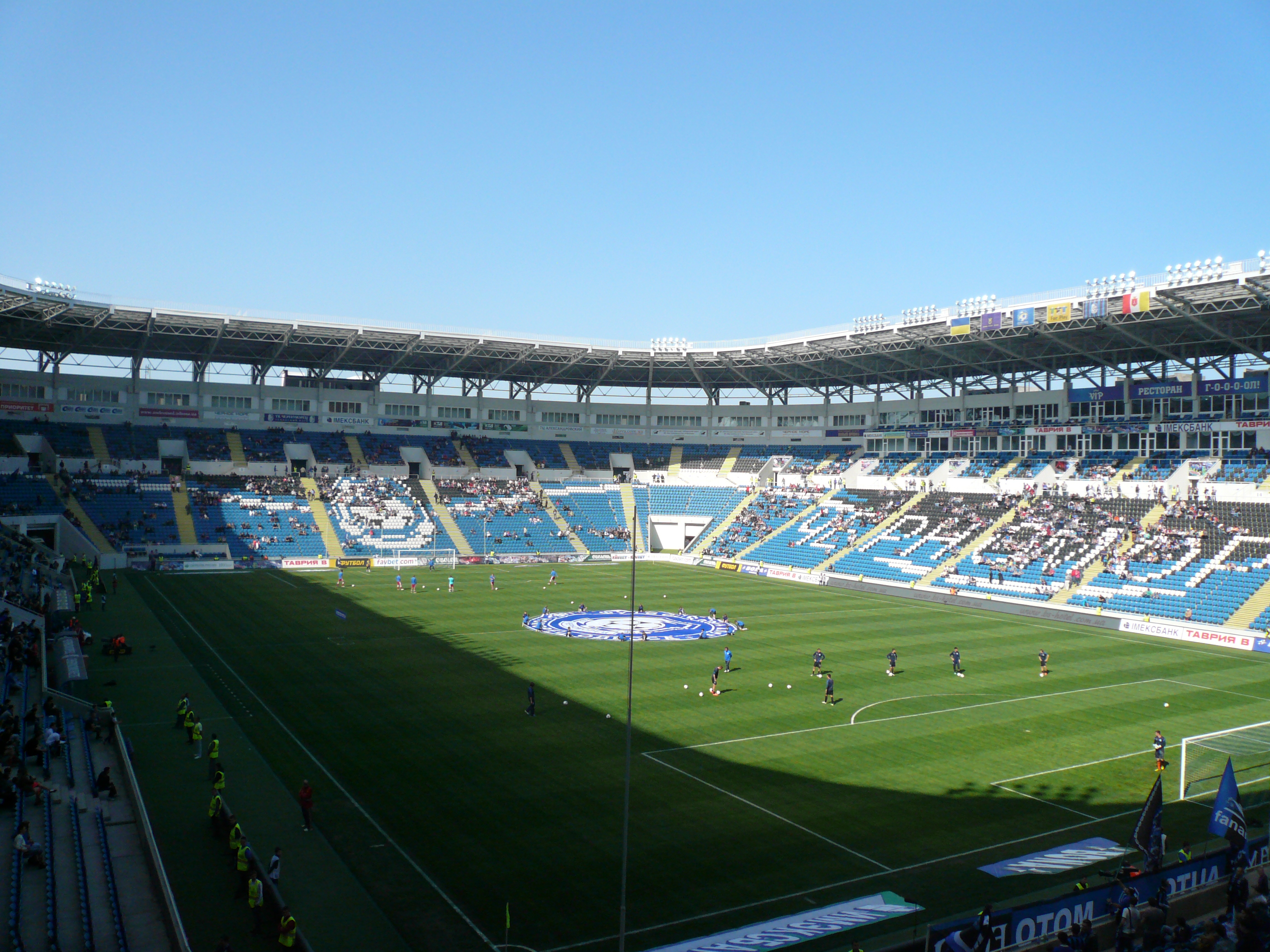 With just over two months remaining in the season, Chernomorets Odessa has been exiled from their home city making them the sixth displaced club in Ukraine this season.  Chernomorets FC, from the Black Sea port of Odessa, will play the remainder of their home matches in Kyiv, which is located 450 km away from Odessa.

Five Premier League teams were displaced by the war in the Donbass. Shakhtar, Metalurh, and Olimpik from Donetsk, and Zorya Luhansk, are located in cities that are held by the Russian-backed separatists. While Illichivets from Mariupol, a city held by Ukrainian government forces, is very close to the front lines and was even shelled in January, which has ruled it out for Premier League football. As Shakhtar manager Mircea Lucescu put it, this season’s Ukrainian Premier League has been “an abnormal championship.”  As a result these teams have been forced to find stadiums to play in elsewhere in the country, and often play in empty stadiums without any support. 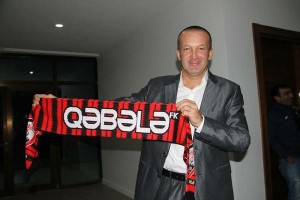 Roman Hryhorchuk who left Odessa in order to coach Qabala in Azerbaijan.

Chernomorets have had a tumultuous season to begin with. During the winter transfer window, for example, the club lost almost its entire starting eleven as a result of continued financial uncertainty. Many players left because the club failed to pay salaries, but the departure of Manager Roman Hryhorchuk, who left to take charge of Azerbaijani club Qabala FK, hit the club the hardest as he took four players and most of his coaching staff with him, leaving interim manager Oleksandr Babych with a squad full of players promoted from the youth and reserve sides.

Last year Chernomorets finished 5th in the league and defeated PSV Eindhoven in the Netherlands on their way to the knockout stage of the Europa League.  This season they are mired in the bottom half of the table.  After the league resumed after its winter break in late February they have just managed to score one goal in all their games and have failed to record a win in three matches.

But poor form and financial trouble are not the only problems facing the club.  Though Odessa is over 500 kilometers from the front lines, the city has been hit hard by the wave of unrest unleashed throughout the country in the wake of the Euromaidan Revolution.  In May of last year over 40 pro-Russian protesters were killed when the Trade Unions House was set on fire during clashes with pro-government demonstrators.

While there have been no major confrontations in Odessa following that tragedy, tensions remain high.  The city has been rocked by a series of bombings targeting the headquarters of pro-Western parties and pro-military volunteer organizations, as well as other targets associated with the government and the war effort. In response to the bombings, which have resulted in one death, the government has sent in the National Guard, but the attacks continue unabated.

In late February the continued security threat meant that the Ministry of Internal Affairs (MIA) of the Odessa Oblast had to issue a statement to the club leadership strongly recommending do no longer host matches at the Chernomorets Stadium “until the final stabilization of the situation in the region.”

The first match scheduled at Chernomorets’ home ground in second half of the season was the first leg of their quarterfinal tie against Dnipro in the Ukrainian Cup on March 4th. Chernomorets general director Serhiy Kernitsky, speaking to the television program ProFutbol, said that the club offered to increase the number of stewards and security personnel, tighten security at the entrances, and even limit the stadium’s capacity. Despite the best efforts of the club, however, the authorities of the Ukrainian Premier League decided to postpone the match indefinitely.

Volodymyr Shablienko, a spokesman for the Odessa regional MIA, told ProFutbol that the postponement had little to do with what was happening inside the stadium. The stadium is located in a large park where Chernomorets fans gather before matches. Maintaining law and order in the park, and in other areas outside of the stadium is the responsibility of the local police forces, not the club. Under normal circumstances there are approximately 1,000 officers present on match days. But due to the current situation, Shablienko explained, the number of officers would have to be increased significantly. Without going into details, he simply said that doing so would be difficult. 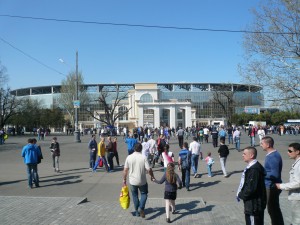 Chernomorets Stadium located within the Shevchenko Park in Odessa.

For the next few weeks the club’s fate in Odessa remained unclear. Kernitsky said in an interview with football.ua on March 11th “it is difficult for me to even speculate if we will be able to play in Odessa by the end of the season” and stated that the club was looking for other stadiums to host matches. Following his team’s 1-0 loss to Zorya four days later manager Oleksandr Babych expressed his hope that the team would be allowed to play in Odessa. “The fans are waiting for Chernomorets in Odessa,” he said.

But following several more bombings in March, including one on March 22, the club announced that it would play the remainder of its home fixtures of the 2014-15 season at the Valeriy Lobanovskyi Dynamo Stadium in Kyiv. In an interview with the television channel Futbol 1 on Thursday Kernitsky announced “The series of recent bombings have made even me understand the Odessa law enforcement officers, after all no one can guarantee the safety of the fans and the team. Human life is above those emotions that would have been at the stadium.” 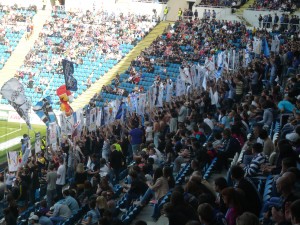 Tifo by Chernomorets fans, who will now have to await the return of the beloved club.

Chernomorets’ first official home match at the Lobanovskyi will take place on April 1st against Dnipro, the Cup quarterfinal that was postponed a month of ago because of security concerns. Three days later the club will host Dynamo in a league fixture.

The exile of Chernomorets, the sixth Premier League team to be forced to find a new home this season, demonstrates how it is not just the Donbass that is affected by this conflict. Odessa may be far from the front lines, but the city and its residents have also suffered and are now living in a climate of fear and instability. And now as a result, the city’s fans do not even have a football team to support. The MIA recommended that the club not play matches in Odessa until after the situation stabilizes. If this advice is heeded, it may be a very long time before football returns to Odessa.