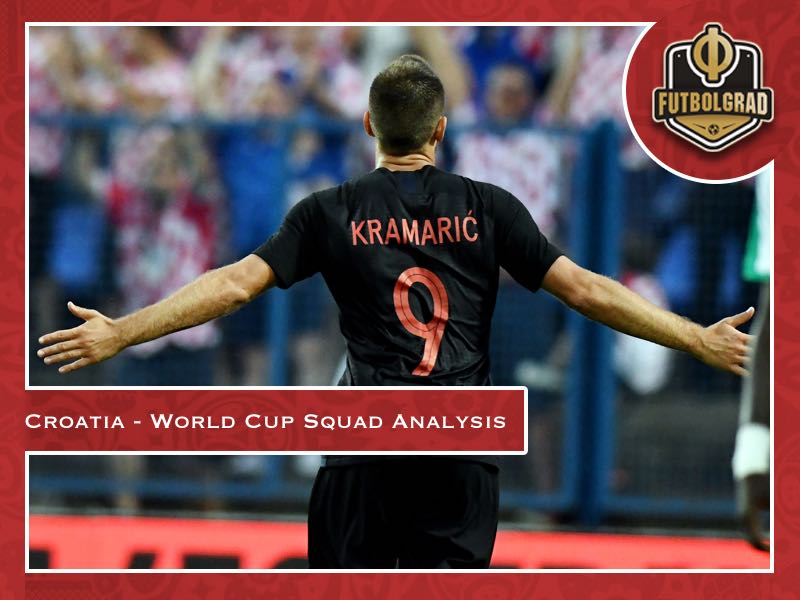 An eventful few weeks is behind the Croatian national team as the Zlatko Dalić side have played their last round of friendlies ahead of the 2018 FIFA World Cup. Time for us to take a closer look and provide you with in-depth analysis of Croatia’s team.

Could Croatia win the World Cup? Taking a closer look at the Futbolgrad Podcast World Cup previews, our specialists indeed believe that the Vatreni could go all the way.

Regarding depth, Croatia are not far behind the big three – Germany, Spain and Brazil. As our analysis points out the only significant weakness might be goalkeeping, which would put them into the same category as Argentina.

Like Argentina, however, there are doubts about this side. Travelling to Croatia last week one gets a sense that there is not much enthusiasm when it comes to the prospects of this side. Head coach Dalić, in particular, is pointed out as lacking the ability to unify a side of individuals.

Croatia’s players are spread all over Europe and perhaps unifying the talent into a cohesive tactical formation will be the trickiest part of Dalić’s job this summer. A 2-0 defeat to Brazil and a 2-1 victory over Senegal in the buildup show that work is still to do – at the same time friendlies, and the actual tournament, are two entirely different animals.

Hence, what sort of Croatia side are we going to get? A team of individual stars or a unified side that can emulate the success of 1998 where the Vatreni finished third? In our squad analysis, we took an in-depth look at every position and highlighted strengths and weaknesses.

Croatia have possibly one of the most balanced sides going into the tournament. Perhaps the one weakness, however, is goalkeeping. Number one keeper Danijel Subašić plies his trade for the Ligue 1 side Monaco. Although a good keeper, he does not provide the sort of star power that can be found in the rest of the team. 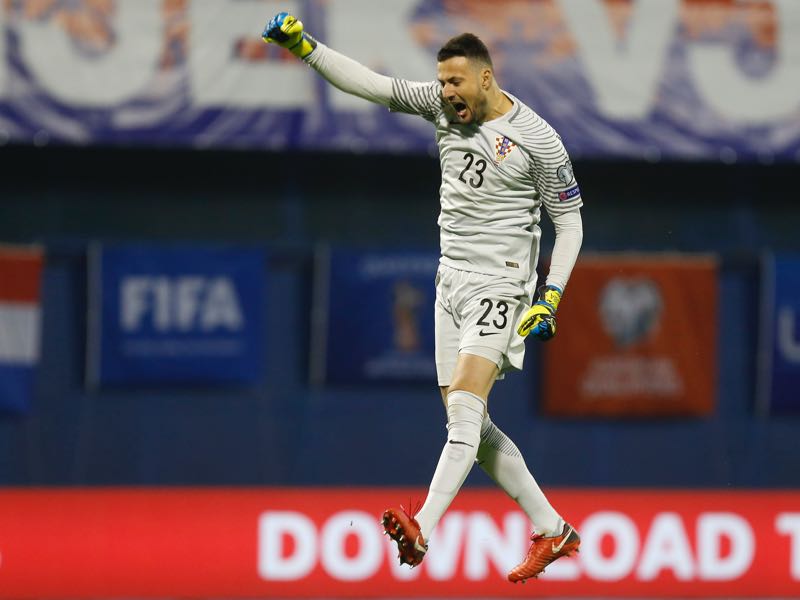 Danijel Subašić will be the starter. But our analysis has found some significant weaknesses in his play (Photo by Srdjan Stevanovic/Getty Images)

Furthermore, Subašić is known for his occasional blackouts and can, therefore, not compete with the likes of other World Cup favourite nations – Manuel Neuer (Germany), David de Gea (Spain), Allison (Brazil) or Thibaut Courtois (Belgium). Backing up Subašić will be Belgium’s goalkeeper of the year in 2017 Lovre Kalinić, who plays for KAA Gent. Kalinić will attempt to push Subašić throughout the tournament. The number three Dominik Livaković, in the meantime, is a very talented Dinamo Zagreb keeper.

In defence, Croatia have a fantastic mix of experienced defenders and talented young stars. Dalić prefers to line up his sides in the 4-2-3-1 formation with two centre-backs between two traditional full-backs.

At the centre of the Liverpool’s Dejan Lovren and Besiktas’ Domagoj Vida will be the likely starters in Croatia’s first match against Nigeria on June 16 in Kaliningrad. Lovren, in particular, is the subject of heavy criticism by Liverpool supporters at times. The defender’s play can be lofty at times and is perhaps ill-suited at times for the more physical demands of the Premier League. There is sometimes a sense that his tactical and passing abilities would be better suited in a more cultured league. Both Dalić, and his club coach Jürgen Klopp trust Lovren – for now…

Domagoj Vida, in the meantime, will be the stay at home centre-back in the partnership. A physical strong defender Vida has had several strong seasons in Ukraine, and now Turkey, playing for both Dynamo Kyiv and Besiktas. Vida is not a fancy defender but next to the more cultured Lovren will be expected to do the dirty work. 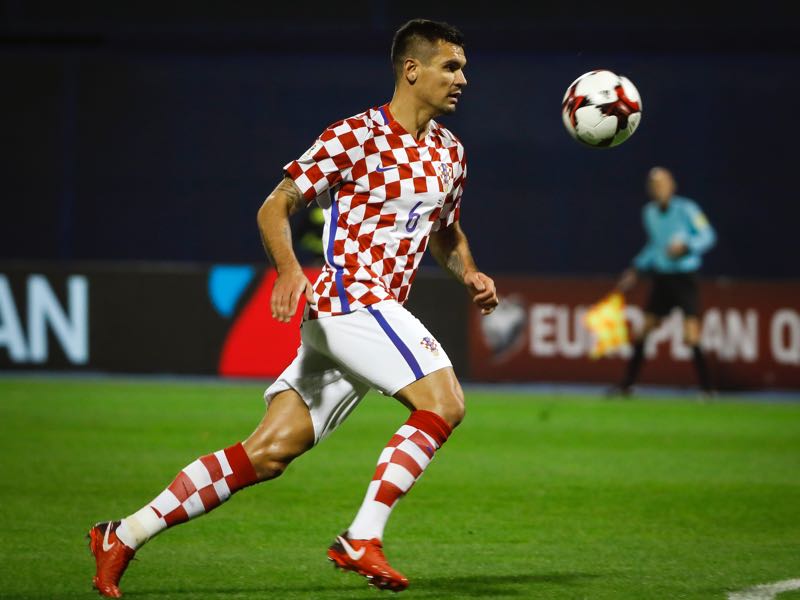 Backing up the two will be first and foremost Vedran Ćorluka and Tin Jedvaj. The Lokomotiv Moscow defender won the Russian Football Premier League title this season, and his experience of playing in Russia could be vital. Injury prone Ćorluka will likely challenge Lovren at centre-back and could even take over the starting position at some point during the tournament. Jedvaj, in the meantime, had a season to forget thanks to a string of injuries. The 22-year-old has immense talent, however, and he could use the World Cup to get his Bayer Leverkusen career back on track.

On the wings, Croatia will be flanked by Atlético Madrid’s Šime Vrsaljko and Sampdoria’s Ivan Strinić. Vrsaljko, in particular, will be one to watch. The Atlético right-back is often compared with Croatia legend Darijo Srna, who ended his career this May after receiving a doping ban. Like Srna before him, Vrsaljko is a cultured right-back.

Midfield is the jewel in Croatia’s crown. Here the Vatreni have a wide array of world-class talent. The key player without a doubt will be Luka Modrić, who recently won his fourth Champions League title with Real Madrid.

In fact, Modrić has a similar role for Croatia than Toni Kroos does for Germany – both might also be the only players in their respective sides that cannot be replaced. In fact, Croatia, have been even more reliant on Modrić than Germany with the central midfielder having to carry out multiple roles in midfield, which at times has degraded his effectiveness.

As a result, Dalić has moved Modrić further up the field into the number 10 role. The idea is that Modrić would be allowed to live out his creativity by sitting further up the field letting players like Barcelona’s Ivan Rakitić or Fiorentina’s Milan Badelj do the dirty work. 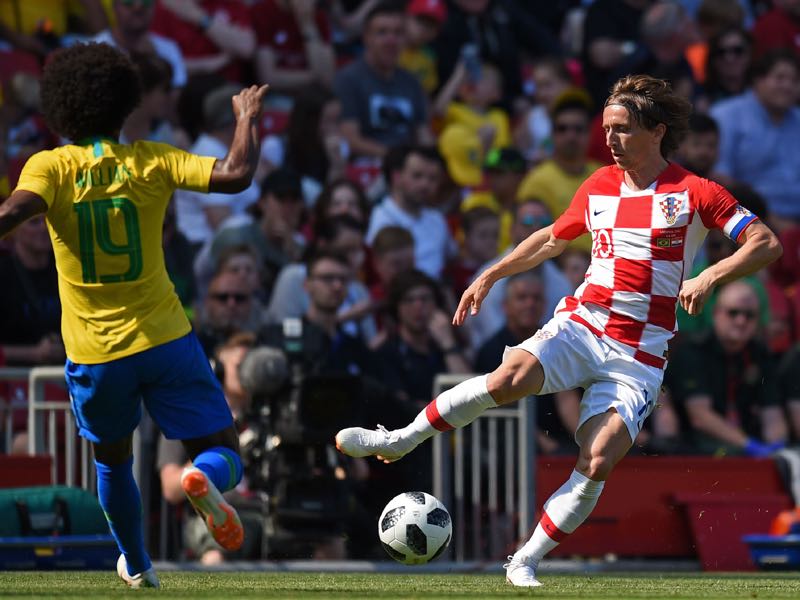 Analysis shows Luka Modrić (r.) could be freed up by playing further up (OLI SCARFF/AFP/Getty Images)

It remains to be seen whether the strategy will work. There is, however, no doubt that in the past Modrić has dropped too deep, ultimately copying his Real Madrid role for Croatia, which has been less effective for theatre, who rely more on his attacking abilities than Real does.

Flanking Modrić will be two attacking-midfielders/wingers. On the left, Inter Milan’s Ivan Perišić will be the likely candidate to get the start. Perišić has scored 11 goals and 11 assists in 37 Serie A games this season and is a classical attacking winger with a direct drive to the net. On the other flank, things will be more complicated, however.

One candidate could be Hoffenheim’s Andrej Kramarić. Kramarić had a slow start to the season – he missed a penalty against Liverpool in the Champions League qualifiers and then went on a run without a goal for 18 games. Kramarić depends on his confidence, and when he scored against Hertha on matchday 21, he quickly recovered his season scoring ten more goals until the end of the season catapulting Hoffenheim to a third-place finish.

Kramarić, howver, is better suited in the attacking role and Dalić might opt to play him up front in a 4-4-2 formation or as part of a 4-3-3 configuration on the wing instead. Hence, Kramarić might ultimately switch roles with the other man that can play centre-forward: Mario Mandžukić.

With an array of attacking talent Croatia’s midfield and attacking analysis very much go hand in hand. Technically, Mandžukić is the likeliest candidate to start in the centre-forward role. Tall and with elbows of steel the Juventus striker is a tough customer. But Kramarić’s ability to break through lines as well as his versatility mean that the two could switch roles at times with Mandžukić moving back to open holes in defensive lines. 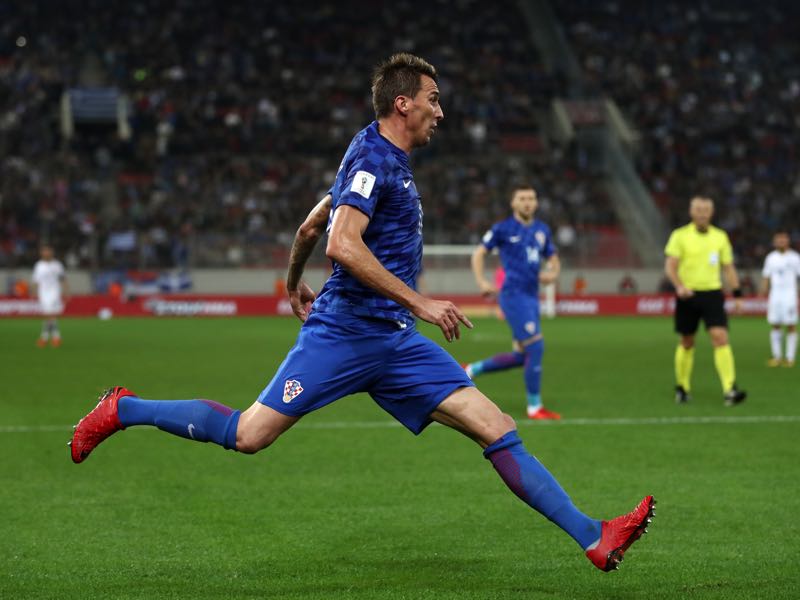 Mario Mandžukić (pictured) or Andrej Kramarić. Our analysis show that both could play up front Analysis shows Luka Modrić (r.) could be freed up by playing further up (Photo by Catherine Ivill/Getty Images)

Other candidates up front include Eintracht Frankfurt’s Ante Rebić, whose heroics secured Eintracht Frankfurt the DFB Pokal against Bayern in May, and Milan’s Ivan Kalinić. Both will be considered backup options, however, but at the same time also demonstrate Croatia’s depth in attack, which is among the deepest at the tournament.